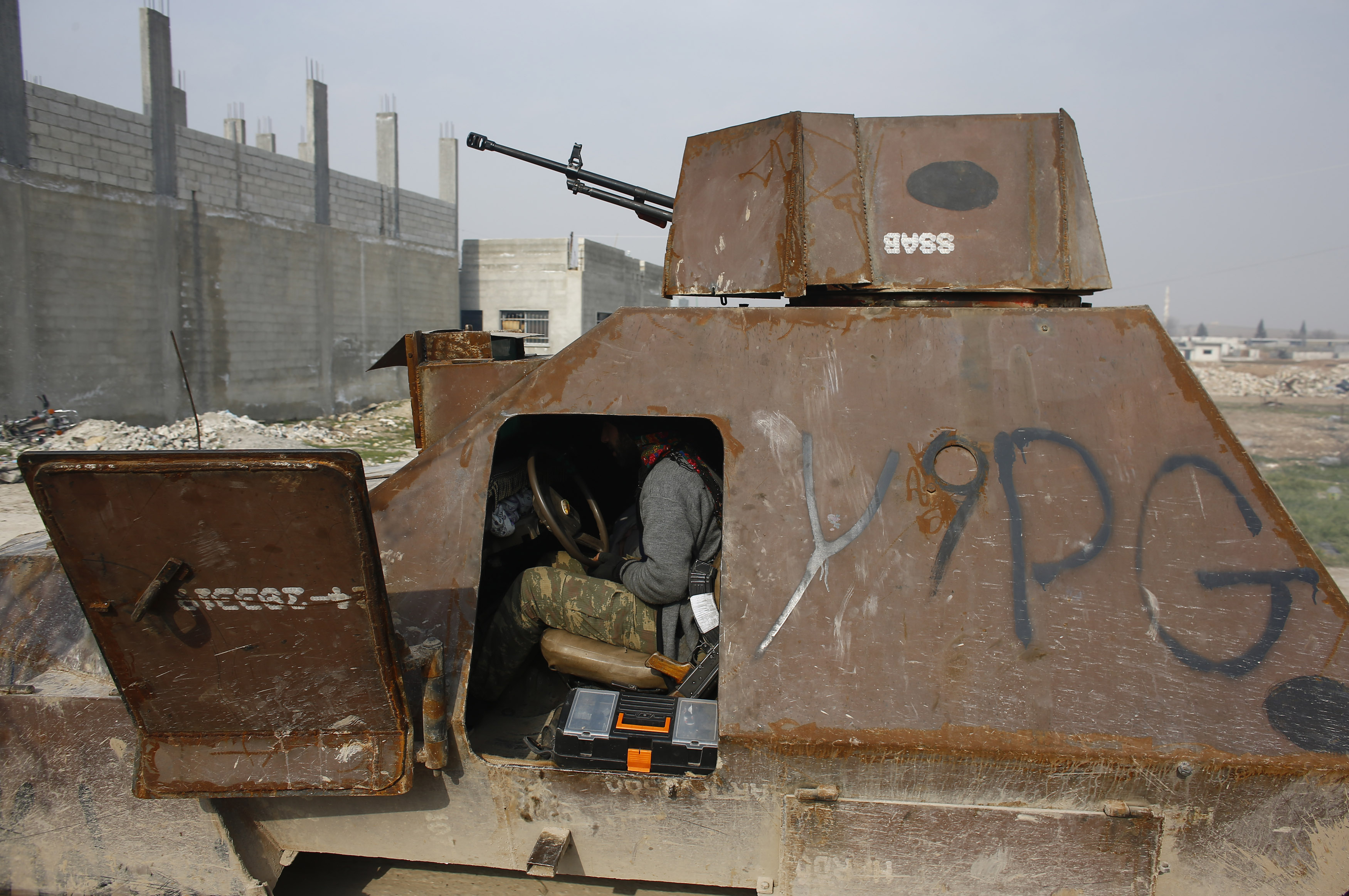 Cavusoglu said Mr. Trump relayed his decision during a telephone conversation between the Turkish and U.S. leaders on Friday. Cavusoglu was present in Turkish President Recep Tayyip Erdogan's office during the telephone call.

Turkey considers the Kurdish Syrian fighters, known by the initials YPG, to be terrorists because of their affiliation to outlawed Kurdish rebels in Turkey. A U.S. decision to arm the fighters soured relations between the two NATO allies.

Cavusoglu said: "Mr. Trump clearly stated that he had given clear instructions and that the YPG won't be given arms and that this nonsense should have ended a long time ago."

The White House did not release a readout of the call for hours, and when it did, it did not specifically mention the Syrian Kurdish fighters.

"President Donald J. Trump spoke today with President Recep Tayyip Erdogan of Turkey," the readout said. "President Trump reaffirmed the strategic partnership between the United States and Turkey, particularly in combating terrorism in all its forms and fostering regional stability. On Syria, the two leaders discussed the importance of implementing United Nations Security Council Resolution 2254 and supporting the United Nations-led Geneva Process to peacefully resolve the civil war in that country.  President Trump and President Erdogan underscored the need to end the humanitarian crisis, allow displaced Syrians to return home, and ensure the stability of a unified Syria free of malign intervention and terrorist safe havens. Consistent with our previous policy, President Trump also informed President Erdogan of pending adjustments to the military support provided to our partners on the ground in Syria, now that the battle of Raqqa is complete and we are progressing into a stabilization phase to ensure that ISIS cannot return.  The leaders also discussed the purchase of military equipment from the United States."

Ahead of the call, Mr. Trump said he would be speaking with the Turkish leader about how to bring peace to the Middle East.

In the past, Mr. Trump has sent his senior adviser and son-in-law Jared Kushner as an envoy to the Middle East for peace talks.

Mr. Trump is currently at his Mar-a-Lago club in Palm Beach, Florida, for the Thanksgiving holiday.