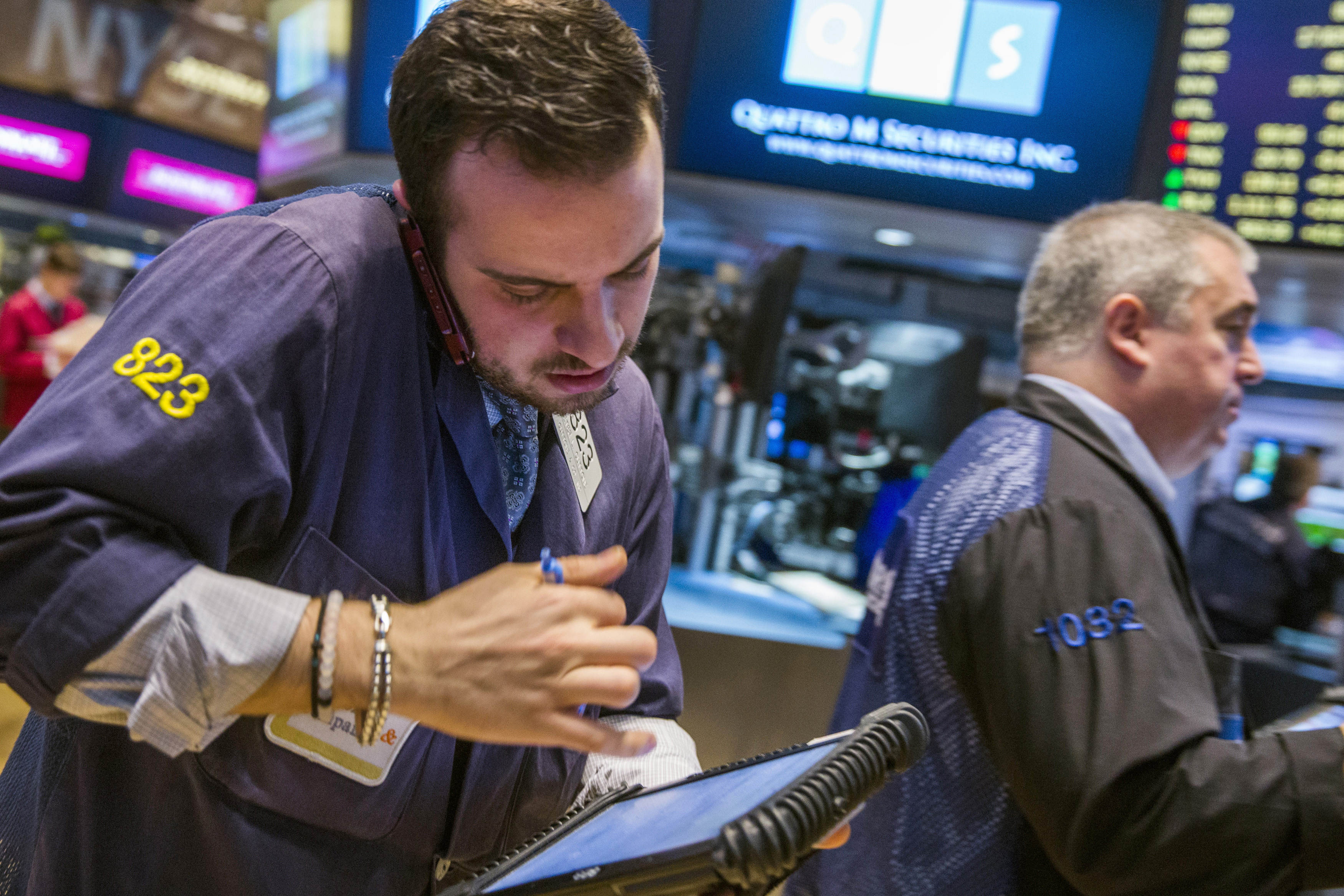 U.S. stocks opened higher Monday, led by health care and utilities companies, rebounding after three weeks of losses. Investors will be focusing on the Federal Reserve this week. Policymakers begin a two-day meeting Tuesday and may signal that they are considering raising interest rates for the first time in almost a decade.

Investors' focus for much of the early part of this week will be the Fed. Policymakers start a two-day meeting Tuesday and many expect the U.S. central bank will signal in a statement after the meeting that they are considering raising interest rates later this year.

Policymakers have said they would be "patient" when it came to raising interest rates. Investors are watching to see if the Fed removes that word from its next statement.

The Fed has kept its benchmark lending rate near zero for more than six years, underpinning a strong rally in U.S. stocks.

U.S. industrial production edged up slightly in February, as a big surge by utilities due to a cold winter offset a third straight decline in factory output.

The Federal Reserve says that overall industrial production rose 0.1 percent in February following a 0.3 percent fall in January. Manufacturing growth has slowed over the past six months. U.S. producers have had to contend with a rising dollar, which makes their goods more expensive in foreign markets.

The Fed meeting will "undoubtedly" be the week's highlight for investors, Michael Every, head of Asia-Pacific financial market research at Rabobank, wrote in a commentary. "We might well say goodbye to the key term 'patience,' which has become a rolling rule of thumb for 'a few more months.' In other words, March could officially open the door to a potential June rate hike."

In bond trading, prices rose slightly. The yield on the 10-year Treasury note dropped to 2.07 percent from 2.12 percent on Friday.