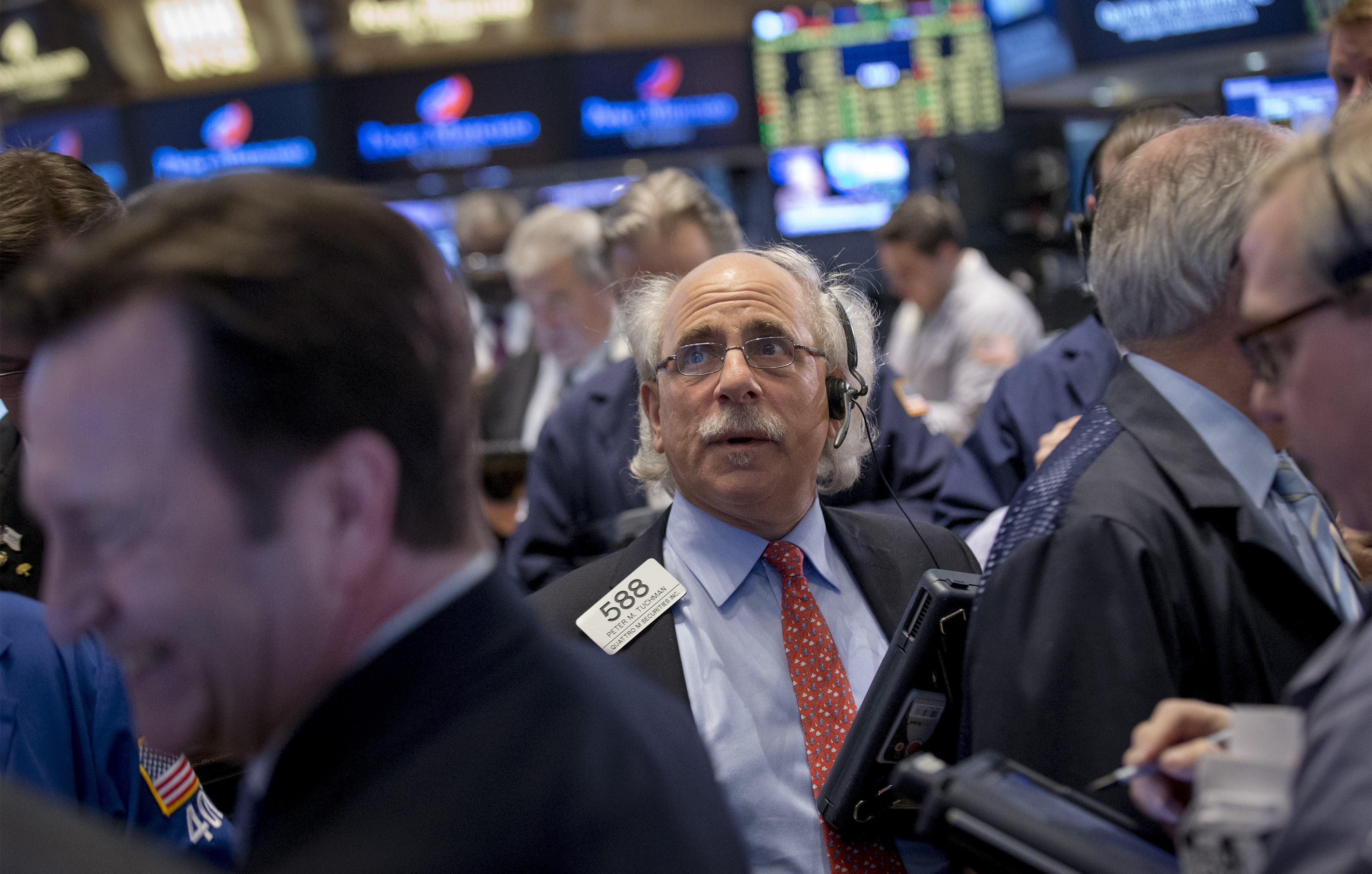 NEW YORK - The stock market closed steeply lower Wednesday following a drop in durable goods orders and news of a big merger between Kraft and Heinz.

Jack Ablin, chief investment officer at BMO Private Bank, said he thinks it's going to be tough for the market to push higher. Major indexes trade near all-time highs even though analysts expect earnings to shrink in the first half of the year. That makes the typical stock look pricey.

"We're going to have a difficult time continuing to make new highs if the underlying economy isn't following the direction of the market," he said. "At some point we're going to hit the intersection of reality and expectations."

H.J. Heinz and Kraft Foods announced plans to merge in a deal that would create one of the world's largest food companies. The merger was engineered by Heinz's owners, Warren Buffett's Berkshire Hathaway and Brazilian investment firm 3G Capital, and still needs a nod from federal regulators and Kraft shareholders. Kraft's stock shot up $25.24, or 41 percent, to $86.47.

Orders to U.S. factories for long-lasting manufactured goods fell in February for the third time in four months. The Commerce Department reported that orders for durable goods dropped 1.4 percent, as demand for commercial aircraft, cars and machinery waned.

"The numbers were disappointing, and not just the headline number, so there are not a lot of positives to take from it," Gus Faucher, senior economist at PNC Financial Services, told CBS MoneyWatch. "That being said, fundamentals for business investment look pretty good. I do think we will see better numbers in March, and certainly in the second quarter."

In China, manufacturing slumped to the lowest in 11 months, according to HSBC's purchasing managers' index. In Europe, a key survey showed German business confidence rose for a fifth month.

Japan's benchmark Nikkei 225 index closed with a gain of 0.2 percent, and South Korea's Kospi rose less than 0.1 percent. In China, Hong Kong's Hang Seng climbed 0.5 percent while the Shanghai Composite Index on the mainland lost 0.8 percent. Australia's S&P/ASX 200 finished up less than 0.1 percent, just off its highest level in more than seven years.

Benchmark U.S. crude rose 60 cents to $48.13 in New York. Crude oil is down 3 percent this month after losing half its value over the past year.