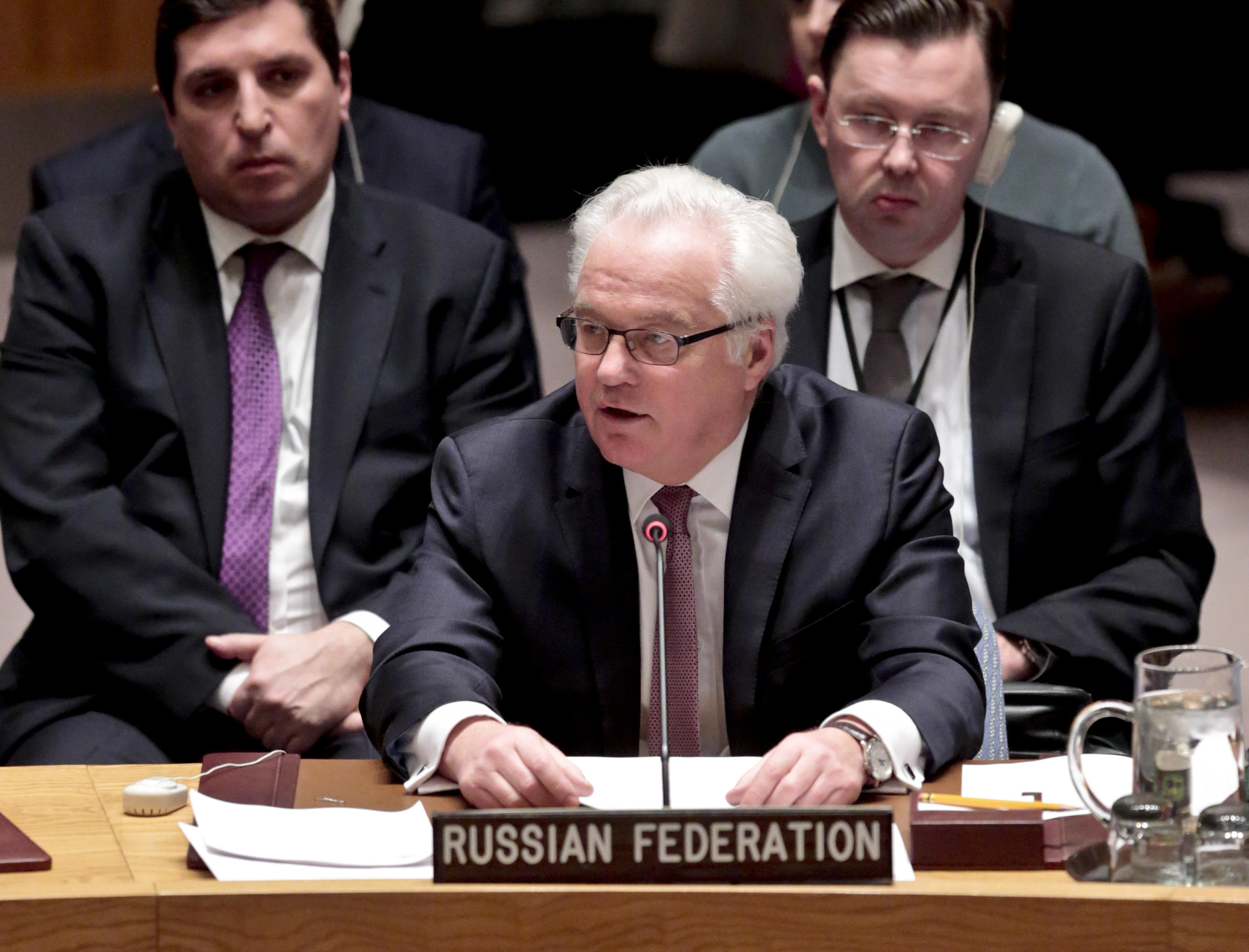 UNITED NATIONS It’s safe to say U.S.-Russia relations have soured. Allegations of Russian hacking and efforts to influence the U.S. presidential election have White House and Defense Department officials upping their cyber security programs, and, at the U.N., the standoff between Moscow and Washington has blocked the passage of resolutions dealing with the conflicts in Syria, Yemen and elsewhere in the Middle East.

Saturday, in Lausanne, Switzerland, the Obama administration will re-engage with Russia, as well as several other countries, in the hope of finding a way forward in Syria, now in its sixth year of a war that has left 500,000 people dead and 6.6 million internally displaced by the violence, according to the U.N.

In a wide-ranging interview with CBS News and two other news organizations, Vitaly Churkin, Russia’s U.N. ambassador and current president of the Security Council, said the sticking point in cease-fire negotiations is the U.S.’s inability to separate the web of moderate opposition groups from terrorist organizations like Nusra Front, a former al Qaeda affiliate.

“Hopefully, in this meeting in Lausanne,” Churkin said, “those countries who have an influence will take a stronger stand so that those groups could distance from Nusra.”

Kerry and Lavrov brokered a tenuous cease-fire deal last month, which was supposed to lead to U.S.-Russian military cooperation in targeting ISIS while allowing for desperately needed humanitarian aid to reach besieged communities like Aleppo. It dissolved after barely a week and the U.S. ended bilateral talks with Russia after a series of airstrikes led to recriminations from both sides: Russia condemned a U.S. airstrike on Syrian government troops, who the Americans said were mistaken for ISIS targets; the U.S. said Russia was responsible for a drone strike on a humanitarian aid convoy. As the cease-fire broke down, the Syrian government resumed massive airstrikes in Aleppo, destroying a hospital among other civilian targets.

Despite the breakdown, Churkin suggested the original agreement could be resurrected.

“If we revisit the arrangements of Sept. 9, I think we could do it and that would be interesting -- another very important element of our working together if we are serious about humanitarian supplies for eastern Aleppo.”

Cooperation, however, will be difficult: U.S. Ambassador Samantha Power told the Security Council recently, “Instead of peace, Russia and Assad make war,” and U.N. relief chief Stephen O’Brien said, “East Aleppo is well into its terrible descent into the pitiless and merciless abyss of a humanitarian catastrophe.”

On the Lausanne meeting, Churkin said that it was proposed by Kerry in one of his phone conversations with Lavrov in order to revisit a format which they originally discussed three years ago -  the format of a “small group of really, really, really influential countries.”

John Kirby, the State Department spokesman said that the U.S. will participate “with key regional partners” and that Kerry would continue on to London on Sunday “with key regional and international partners,” presumably some of the European nations left out of the Swiss meeting, to “discuss a multilateral approach to resolving the crisis in Syria, including a sustained cessation of violence and the resumption of humanitarian aid deliveries.”

Churkin made the point that the meeting needs to be smaller than the ones that have taken place with the International Syria Support Group (ISSG), saying, “You know how it happens, everyone wants to get in so it became a large group of people, very difficult to talk and very difficult to come up with something specific.”

But, he was positive, adding, “I think the most important thing will be to make sure that those countries who will be around the table, they definitely have direct influence on the fighting groups in Syria – much more influence than those Syrian politicians who claim to be their representatives.”

Speaking more broadly about the deteriorating U.S.-Russia relations, Churkin said “the general situation is pretty bad, probably the worst since 1973,” when the Middle East erupted. He also added it is “fashionable to blame Russia for everything.”

“The big distinction between the Cold War and the current climate is that during the Cold War, the attitude at the U.N. was that Russia would never vote with the U.S.;” now, he said, the two nations cooperate in several areas and worked with the U.S. and other nations to find a consensus candidate to be the next Secretary General.

Churkin said that new ideas will be on the table in Lausanne and the idea that the U.S. and Russia would both have troops side by side at the Castello Road in Syria, in order to enable humanitarian aid into besieged Aleppo, is still on the table.