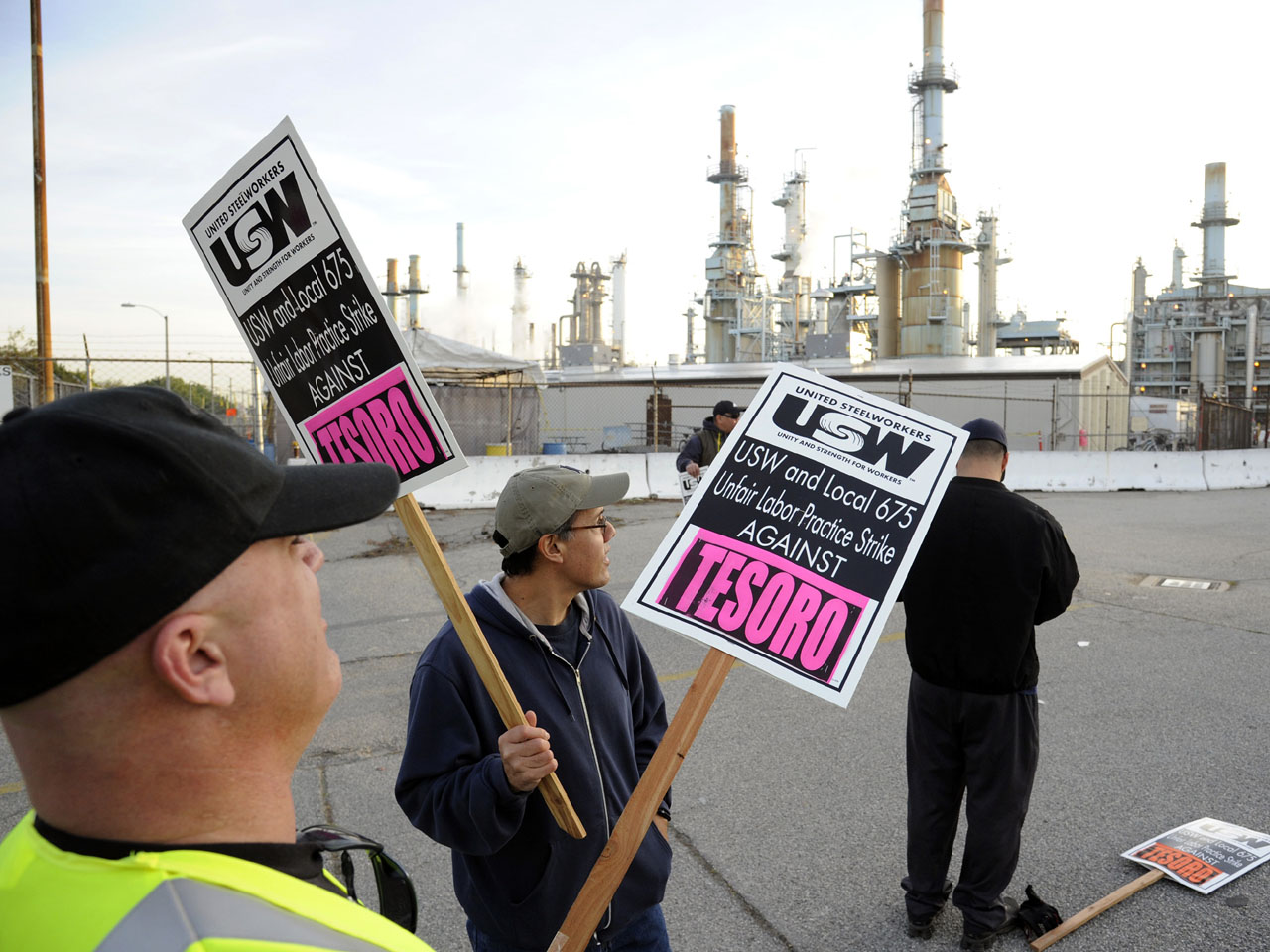 A strike at nine refineries and chemical plants across the U.S., the first of its kind in 35 years, is having an impact on global crude oil prices.

Over the weekend, the United Steelworkers Union (USW) announced a work stoppage at facilities in Texas, Kentucky, Washington State and California. At issue was what the labor group described as excessive overtime demands, unsafe staffing levels and dangerous working conditions.

A USW official also criticized "the industry's refusal to make opportunities for workers in the trade crafts; the flagrant contracting out that impacts health and safety on the job; and the erosion of our workplace, where qualified and experienced union workers are replaced by contractors when they leave or retire."

The strike affects plants owned by Royal Dutch Shell (RDS.A), Tesoro Corp. (TSO), Marathon Petroleum (MPC) and a LyondellBasell Industries (LYB) facility near Houston. One of the Tesoro plants in California was already scheduled to be shut for maintenance. Reuters reports that company management is filling in during the work stoppage at many of the affected facilities.

The USW represents workers at 65 refineries that produce about two-thirds of the oil in the U.S. Last month, the union rejected the fifth and latest offer by Shell, the lead company in the national negotiations for a new, three-year contract. Reuters notes the rejected proposal affects about 30,000 hourly refinery workers.

According to a union statement, other USW-represented operations are operating under a "rolling 24-hour contract extension."

The labor dispute comes as the historic drop in global oil prices has forced many U.S. oil producers to cut jobs and suspend projects.

"People are very, very skittish," analyst Chandravir Ahuja of Kolmar Americas Inc. told Reuters. "I don't think anything's changed fundamentally, except for the psychology of the market, and we're moving a lot more on headlines that we probably would on a normal day."