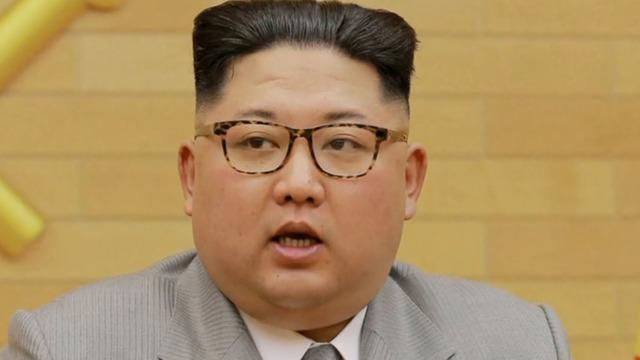 Ahead of potential talks between the United States and North Korea, the U.S. has confirmed for the first time that North Korean dictator Kim Jong Un is willing to discuss the denuclearization of the Korean peninsula, according to an administration official.

South Korea had conveyed a message from Kim indicating his willingness to pause his nuclear program during talks, but the U.S. had not previously confirmed Kim's intentions directly from North Korea.

The latest development comes after the Korean leader met with Chinese President Xi Jinping in Beijing late last month. President Trump hailed that meeting as a sign of optimism that the dictator would keep up his end of the bargain of halting his nuclear weapon program ahead of a potential summit.

"For years and through many administrations, everyone said that peace and denuclearization of the Korean Peninsula was not even a small possibility. Now there is a good chance Kim Jong Un will do what is right for his people and for humanity," he tweeted in March.

Mr. Trump conceded, however, that even with major milestones in the U.S.-North Korea relationship, the administration's maximum-pressure campaign continues and that sanctions "must be maintained at all cost."

Talks between the two leaders are supposed to take place by May, but a time and place have yet to be decided.

Kim is also slated to meet with South Korean President Moon Jae-in at a border village on April 27. The South announced after the nations agreed on a rare summit that could prove significant in global efforts to resolve a decades-long standoff over the North's nuclear program.