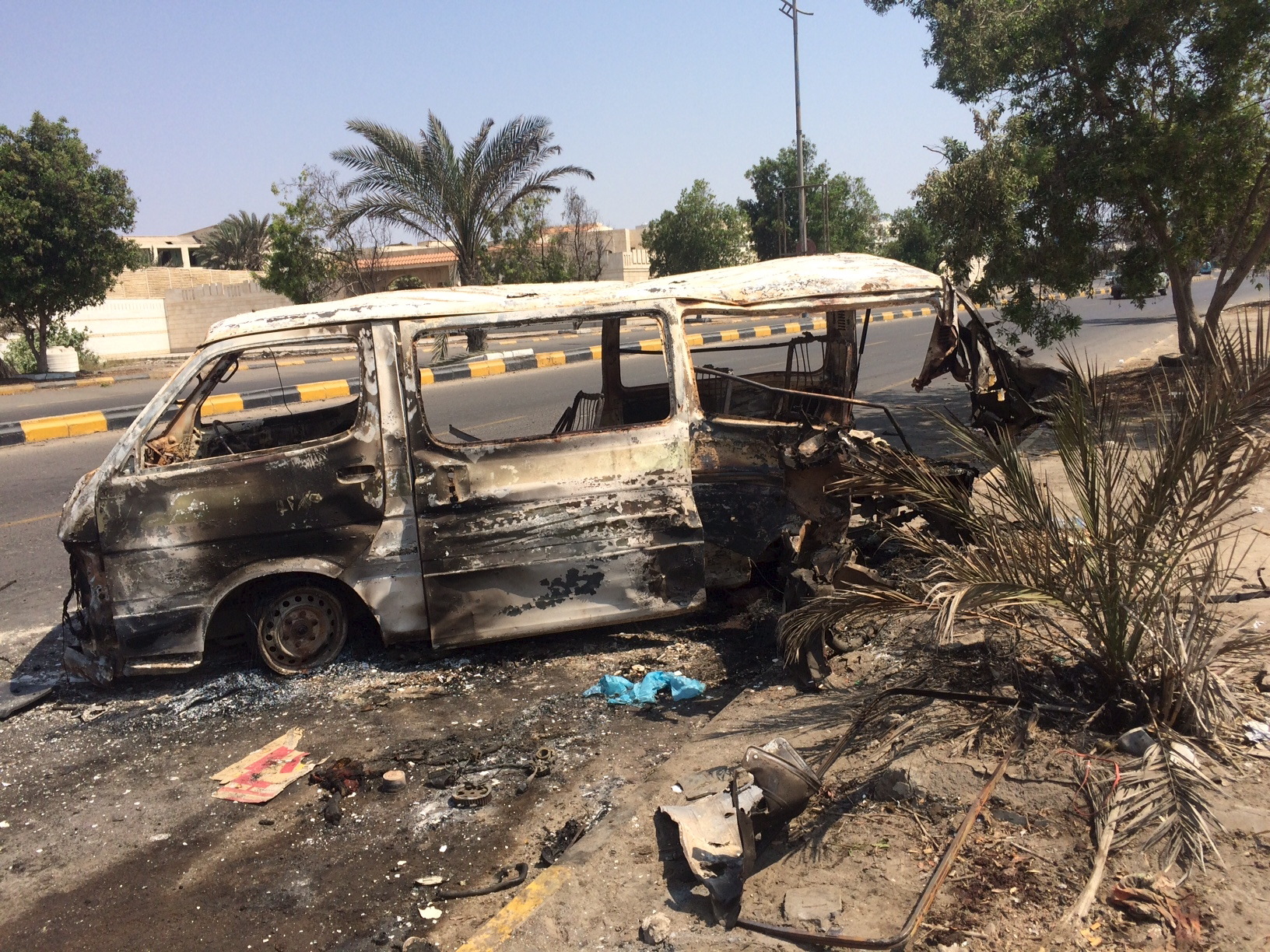 UNITED NATIONS -- The U.N. Security Council scheduled a vote Tuesday on a draft resolution that would impose an arms embargo on leaders of Yemen's Shiite Houthi rebels and their key supporters, ex-president Ali Abdullah Saleh and his son.

The resolution is aimed at ending the Houthis military campaign against supporters of the embattled current president, Abed Rabbo Mansour Hadi, and the rebels' attempt to take over the strategic Mideast country.

Saudi-led airstrikes in support of Hadi and escalating fighting on the ground between the Houthis and Hadi's supporters have pushed the Arab world's poorest nation to the brink of collapse.

Russia has insisted on an arms embargo on all parties to the conflict - not just the Houthis and their supporters - and diplomats said Monday it isn't clear whether Moscow will abstain or veto the resolution. They spoke on condition of anonymity because negotiations have been private.

The draft would impose an arms embargo on all five men and call on all countries, especially Yemen's neighbors, to inspect cargo headed to Yemen if there are "reasonable grounds" to believe it contains weapons.

Earlier this month Russia circulated a draft resolution calling for "regular and obligatory" humanitarian pauses in airstrikes by the Saudi-led military coalition to help evacuate foreigners from Yemen, and unhindered access to deliver aid to civilians caught in the fighting.

The draft resolution being voted on Tuesday demands that all Yemeni parties, especially the Houthis, end the use of violence and "resume and accelerate" U.N.-brokered negotiations to continue the country's political transition.

It demands that the Houthis withdraw from areas they have seized, including the capital Sanaa, and relinquish all arms and missiles seized from military and security institutions, and release the defense minister and all political prisoners.

The final draft threatens further sanctions in case "any Yemeni party" fails to implement its provisions as well as a resolution adopted in February that demands that all parties cease hostilities against the Yemeni people and the Hadi government and engage "in good faith" in U.N.-led peace talks.

The Jordanians decided to put the resolution to a vote as Pakistan's Prime Minister Nawaz Sharif called on Iran, which backs the Houthis, to use its influence to help bring the rebels to the negotiating table. Observers say the fighting in Yemen has increasingly taken on the appearance of a proxy war between regional rivals Iran, the Shiite powerhouse, and Sunni-dominated Saudi Arabia.