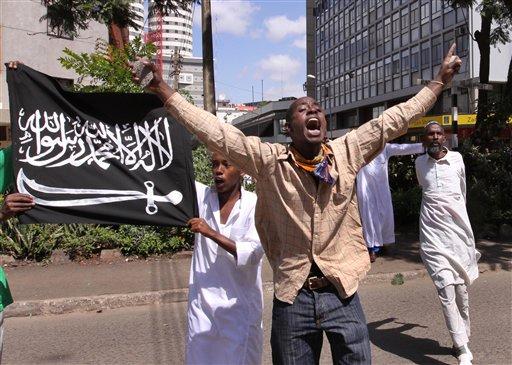 Jurors in the trial of two Tyco executives say they were very close to conviction on some counts before a judge declared a mistrial Friday after a jury member who'd been singled out in the press received coercive messages.

Former Tyco chief executive officer Dennis Kozlowski and former chief financial officer Mark Swartz were accused of looting the company of $600 million. Prosecutors have said they will retry the two "at the earliest opportunity."

But Jacob Frankel, a former prosecutor, tells CBS News the way the first Tyco trial ended could delay the start of any retrial.

"The amount of publicity that attached to this trial, and particularly jury deliberations — I think we're likely to see several months before this case is back in the court room," he said.

And legal experts suggested the end of the case, without a verdict after six months of testimony, could mean less media access to panelists.

Parker Bosworth, one of the jurors, told the CBS News Early Show on Monday that the jury was close to a verdict of guilty on some counts, not guilty on others. The panel considered voting on a verdict Thursday night, but decided to retire until the morning.

The trial was declared a mistrial Friday because of pressure on Ruth Jordan, who reportedly received an intimidating letter and phone call urging her to convict after her name was published in the New York Post and The Wall Street Journal.

Jordan has been widely depicted in the media as unyielding in her approach to the deliberations. Other jurors had sent a note to the judge during deliberations saying the atmosphere in the jury room had turned "poisonous" and that one juror was refusing to deliberate with an open mind.

The negative publicity, which included angry postings on the Internet, was "overwhelming," Jordan told Newsday.

"I wasn't unfair, but I did have a firm resting on the presumption of innocence," Jordan, 79, told the New York daily Newsday in a story published Monday. "I'm not sure they ever got that concept. I don't intend to get into a big thing with these people, but this is the way I feel."

In a Time magazine article published this week, fellow juror Peter McEntegart said Jordan "seemed to be at war with herself. Whenever she reached the precipice of a guilty vote on any count, she recoiled as if she had touched a hot stove."

Bosworth described Jordan as "a very vivacious 80-year-old" who "had very strong convictions about her beliefs and she stood by her convictions."

Juror William Johnson told CBS News: "She had very strong opinions. Sometimes it got to the point where she didn't exactly want to listen to anything else."

According to McEntegart, Jordan felt that Tyco's board of directors unfairly targeted Kozlowski and Swartz, serving them up to prosecutors who were eager to make an example of corporate greed.

But he said that late in the deliberations, after some testimony was read back, Jordan agreed that Swartz had not been honest on the witness stand. He said it looked to McEntegart that reaching a verdict on some counts was possible, though Jordan continued to waver.

The Newsday story didn't mention the allegations that Jordan had made an OK sign to the defense during a court session. McEntegart said he and other jurors were unaware of any such thing. Other jurors interviewed Monday on ABC also said they never saw such a gesture.

But the Post's front page story, with the headline "Ms. Trial" and an artist's rendition of Jordan flashing an OK sign, was impossible to ignore — even for the jurors.

"It was hard to walk down the street in New York without seeing the front page of the paper," McEntegart said Friday.

Just before he declared the mistrial, the judge said in court Friday that he was "concerned about what effect this may have on jury selection in the future, and jury service in the future."

First Amendment attorney Floyd Abrams agreed that the factors that led to the downfall of the Tyco trial could alter the way some judges do business.

"It's possible that some judges might seek to impose greater limitations on public access to information about jurors," Abrams said. "But it would be a grave mistake to limit information because a single trial went off the tracks."

"I hope it is understood and remembered that this was a one-of-a-kind case," Abrams said. "Law shouldn't be based on idiosyncratic and possibly never-to-be-repeated situations."

But the media is not the only targeting of criticism in the wake of the trail's collapse. At least one juror has faulted prosecutors for botching the case.

"They presented some facts but they were very clumsy," Bosworth told the Early Show. "They were so unorganized. I was very surprised and shocked to see that, you know, my tax dollars went to this."

"I think it was a waste of my time, it really was," he said.