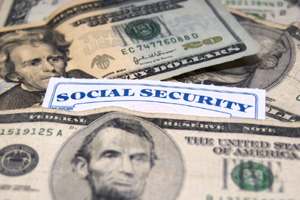 (MoneyWatch) With the "sequester" -- a series of automatic federal spending cuts totaling $1.2 trillion over 10 years set to kick in on Friday -- Social Security is likely to feature ever more prominently in the ongoing debate over reducing the nation's deficit.

As is usually the case with any controversy involving politics or public policy, there are at least two sides to the issue. Let's take a look at these different angles that reveal some interesting aspects about Social Security.

Why do Social Security benefits matter for deficit reduction?

It's important to realize how the official federal deficit is calculated. The amount that's cited in the news and is the subject of political attention is simply the sum of all taxes and revenue collected by the federal government during the fiscal year, minus the sum of all payments made by the government for its various programs.

Even though Social Security benefits are exempt from the automatic sequestration cuts, changes to the program could be considered as part of any negotiated deficit reduction package.

But isn't Social Security funded separately by a trust fund?

It depends on how you look at it. There's a Social Security trust fund that collects FICA taxes, pays out benefits and invests any surplus of taxes collected over benefits paid in special U.S. Treasury bonds. Every year the Social Security actuaries estimate the value of future benefits that will be paid and taxes that will be collected, and they publish the estimated long-term shortfall, including the future year when the fund is projected to run out of money.

But it's important to understand the extent of the federal government's obligations. If the Social Security trust fund runs dry, the federal government is still on the hook to pay any benefits that are legally promised to beneficiaries. Interestingly, from a strict legal perspective, the government can prospectively change the benefit promises at any time, even for current beneficiaries, although there would be political consequences for such an action.

So here's a summary of the two sides to the Social Security funding debate:

When initially designing and implementing the Social Security program in the 1930s, President Roosevelt encouraged this second point of view. "We put those payroll contributions there so as to give the contributors a legal, moral, and political right to collect their pensions and unemployment benefits. With those taxes in there, no damn politician can ever scrap my Social Security program," Roosevelt once said. As a result, many citizens think they paid for their Social Security benefits and that it's not fair to reduce benefits to balance the federal deficit.

The current reality, however, is that many of our politicians focus on the first perspective; this helped them when Social Security ran a surplus -- they didn't have to lift a finger to get help with deficit reduction. But now this same point of view is coming back to haunt them, making them focus on benefit cutbacks or tax increases to help reduce the deficit. And by the way, much of the "47 percent" who may not pay income taxes happen to pay FICA taxes; with the first perspective, these taxes are used to reduce the federal deficit, which benefits all taxpayers.

As a result, there's a good chance that sometime in the near future, there will be some combination of Social Security tax increases or benefit cutbacks, regardless of whether you think that's fair. An important part of your retirement planning should be to follow the debate as a concerned voter, so stay tuned!