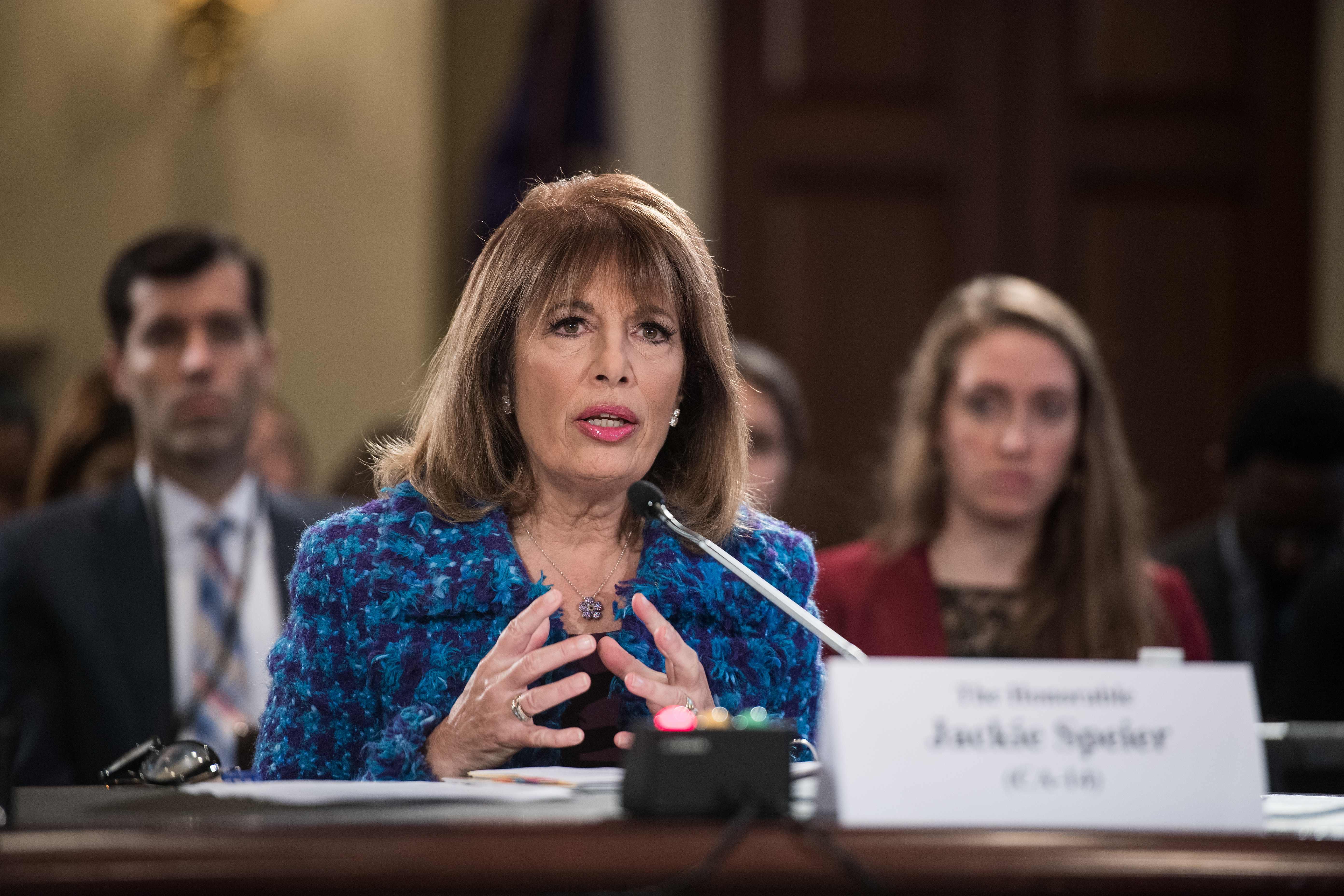 A group of lawmakers introduced bipartisan legislation Wednesday that seeks to prevent and respond to sexual harassment in Congress and to change the arduous system in place for reporting incidents.

The bill, the Member and Employee Training and Oversight On (ME TOO) Congress Act, would protect the vulnerable, levels the playing field and creates transparency, Rep. Jackie Speier, D-California, said at a press conference unveiling the bill.

It would create an in-house counsel for victims of sexual harassment, Speier explained, and it would ensure that both interns and fellows receive the same protections as paid employees. The counseling and mediation would be voluntary, rather than mandatory as it currently exists.

Gillibrand said that there is a "serious" sexual harassment problem in Congress and too many offices are not taking the issue seriously enough.

"The system to address this problem is virtually unknown to most staffers, very confusing to navigate and tilted against victims," she said.

Rep. Ryan Costello, R-Pennsylvania, one of its sponsors, said that it is "very unfortunate it has taken this long," given that he said it's a very "opaque" and "confusing" process to accessing the tools to file a complaint.

"We need to make sure that everybody coming to work feels safe coming to work," said Rep. Bruce Poliquin, R-Maine, another co-sponsor.

This comes as issue of sexual misconduct takes center stage in the U.S. Senate race in Alabama, in Hollywood and the media.

In testimony a day earlier, Speier said that she was aware of two sitting members of Congress who have sexually harassed staffers.

Rep. Barbara Comstock, R-Virginia, said that she had heard of a sitting congressman who had exposed his genitals to a young female staffer after she delivered documents to his house.

"This member asked a staffer to bring them over some materials to their residence," she said. "And a young staffer ― it was a young woman ― went there and was greeted with a member in a towel. It was a male, who then invited her in. At that point, he decided to expose himself. She left, and then she quit her job."

Gillibrand, a New York Democrat, has been outspoken about sexual misconduct in the military and has written about how she's been treated as a woman serving in Congress. She recalled in 2014, for example, that a male colleague made a remark about her weight.

"Good thing you're working out, because you wouldn't want to get porky," Gillibrand recalled a male colleague telling her as she worked out in the House gym when she was a member of the lower chamber.

This comes as Roy Moore, the GOP Senate candidate in Alabama, faces a slew of sexual misconduct allegations. More than a dozen GOP senators say that he should drop out of the Senate race.