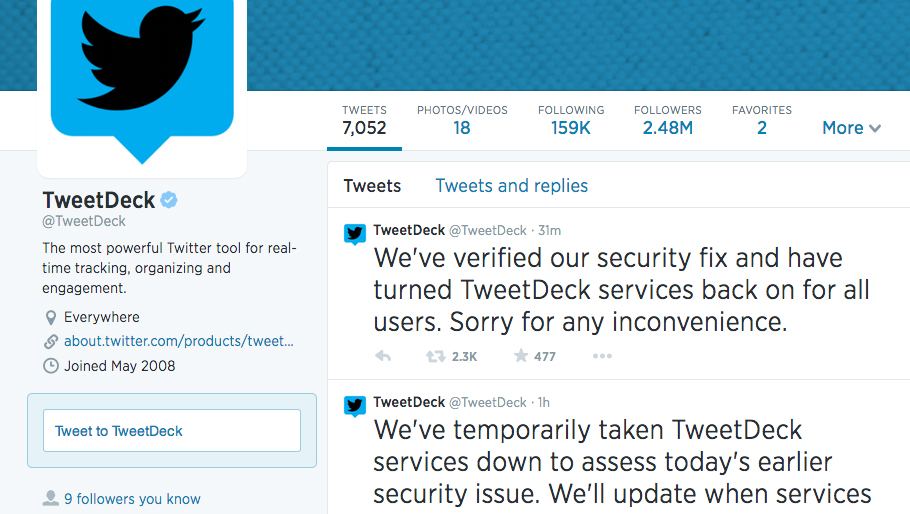 Twitter says its TweetDeck services are back online after it temporarily shut them down following a hack attack on Wednesday.

TweetDeck is a popular application, bought by Twitter in 2011 for $40 million, which helps users manage their Twitter accounts.

Apparently a tweet containing rogue computer code started spreading through Twitter by taking advantage of a security flaw in the TweetDeck application. The Guardian reported that theoretically, such flaws could be used to take over accounts. One rogue tweet noted by Quartz was retweeted more than 36,000 times: