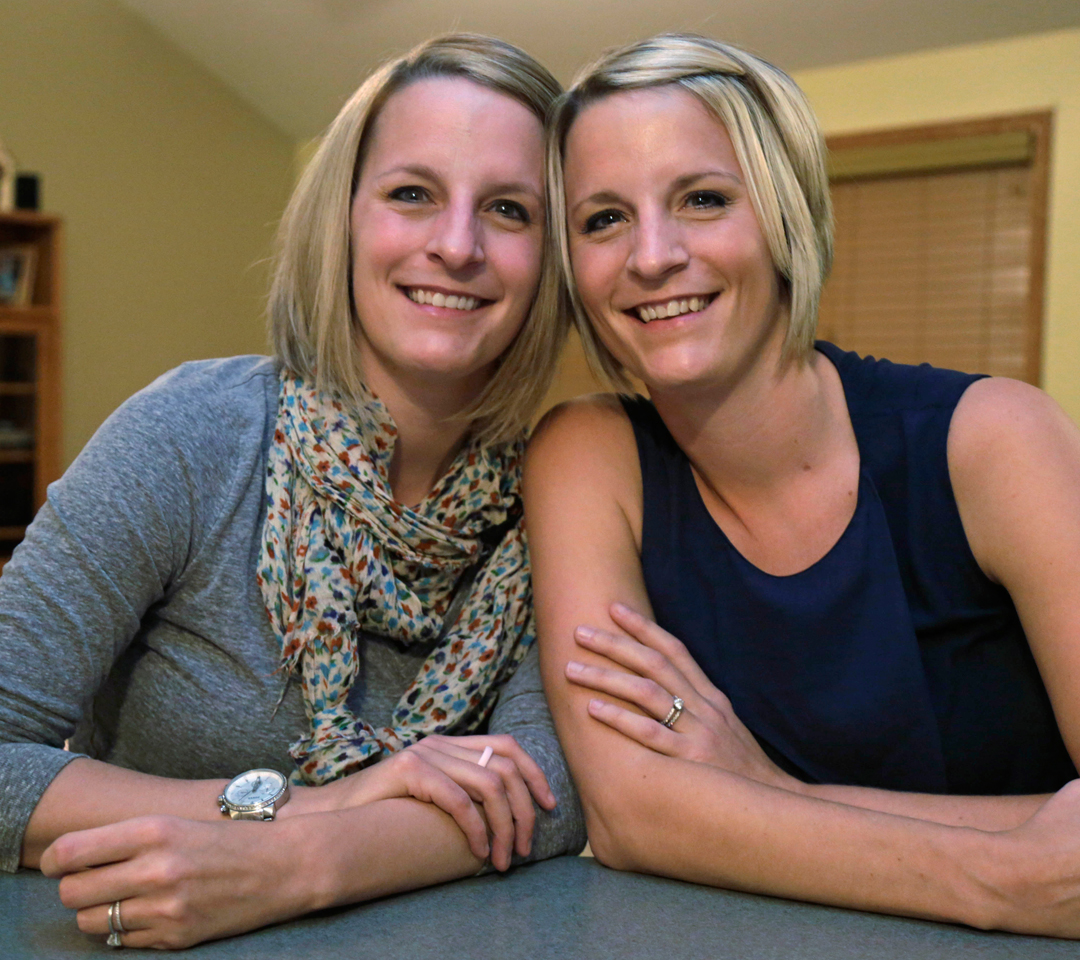 CHICAGOIdentical twins Kelly McCarthy and Kristen Maurer have shared a lot in their lives so when one was diagnosed with breast cancer, she urged the other to get tested, too.

"You just do everything together, don't you," the doctor told Maurer before delivering the bad news that she, too, had the disease.

"It wasn't a question, she didn't have to ask me," said Maurer, a college enrollment counselor. "Having a twin is very like having a child. You would do anything for them ... in a heartbeat."

The first successful organ transplant was between identical twins in Boston in 1954 and involved a kidney.

Since then, identical twins have been involved in many other transplant operations, involving kidneys and other organs, bone marrow, and stem cells. But breast reconstruction between identical twins has only been done a handful of times; Maurer and McCarthy, a nurse, are among the youngest patients.

Identical twins are ideal donors because their skin, tissue and organs are perfect genetic matches, explained Dr. David Song, chief of plastic and reconstructive surgery at the University of Chicago Medical Center. And that eliminates the need for anti-rejection medicine, he said.

Song performed the twins' surgeries on Tuesday and both fared well.

Typically, breast reconstruction surgery involves implants and/or a woman's own tissue, sometimes taken from the abdomen, thighs or buttocks. But McCarthy is among women who don't have enough extra tissue; plus, radiation treatment damaged tissue near her breasts. So Maurer offered to be a donor.

McCarthy said her sister's sacrifice, "just so I can feel better about myself ... is really humbling."

With their blonde bobs, sparkling brown eyes and easy, engaging smiles, the twins are clearly mirror images of each other. Discovering breast cancer in identical twins isn't unusual because of their exact genetic makeup, Song said. With twins, there's also often a "mirroring effect," with breast cancer developing in the opposite breast, he said. That's what happened with McCarthy and Maurer.

While their mother died from colon cancer last year, there was no family history of breast cancer.

McCarthy was diagnosed first, in December 2011, with triple-negative breast cancer, a hard-to-treat form of cancer whose growth is not fueled by hormones. She was nine months pregnant and her son was born a week later. Soon after she started treatment, chemotherapy, surgery to remove her right breast, and radiation.

Maurer was diagnosed with a very early-stage cancer in her left breast a few months after her sister.

"Kelly was more upset than I was during my diagnosis, and likewise, when she was diagnosed I was a mess," Maurer said.

Maurer had a double mastectomy, recommended because her sister's cancer was so aggressive, but she didn't need chemotherapy or radiation. She had reconstruction with implants after the birth of her second child last March.

McCarthy's operation this week involved a second mastectomy, and reconstruction of both breasts. Some of her own tissue was used to fashion one breast. At the same time, surgeons essentially performed a "tummy tuck" on Maurer, removing lower abdominal skin and fat tissue and transplanted it to her sister to create a second new breast.

The twins have always been extremely close, sometimes speaking in unison or completing each other's sentences. But now, McCarthy said, "I feel closer. Her tissue is over my heart."