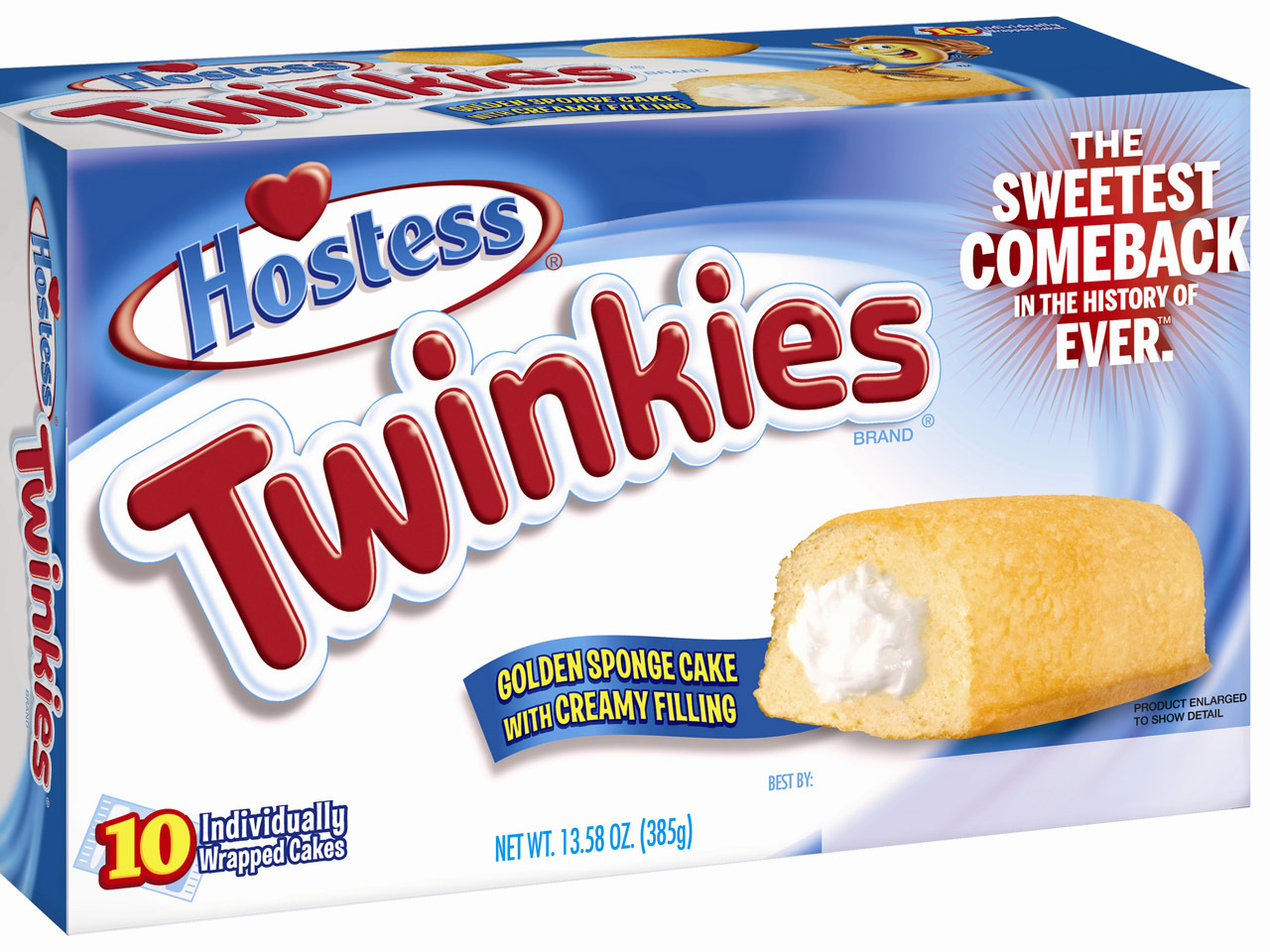 NEW YORK Hostess is betting on a sweet comeback for Twinkies when they return to shelves next month.

The company that went bankrupt after an acrimonious fight with its unionized workers last year is back up and running under new owners and a leaner structure. It says it plans to have Twinkies and other snack cakes back on shelves starting July 15.

Based on the outpouring of nostalgia sparked by its demise, Hostess is expecting a blockbuster return next month for Twinkies and other sugary treats, such as CupCakes and Donettes. The company says the cakes will taste the same but that the boxes will now bear the tag line "The Sweetest Comeback In The History Of Ever."

"A lot of impostor products have come to the market while Hostess has been off the shelves," says Daren Metropoulos, a principal of the investment firm Metropoulos & Co., which teamed up with Apollo Global Management to buy a variety of Hostess snacks.

Hostess Brands Inc. was struggling for years before it filed for Chapter 11 bankruptcy reorganization in early 2012. Workers blamed the troubles on years of mismanagement, as well as a failure of executives to invest in brands to keep up with changing tastes. The company said it was weighed down by higher pension and medical costs than its competitors, whose employees weren't unionized.

To steer it through its bankruptcy reorganization, Hostess hired restructuring expert Greg Rayburn as its CEO. But Rayburn ultimately failed to reach a contract agreement with its second largest union. In November, he blamed striking workers for crippling the company's ability to maintain normal production and announced that Hostess would liquidate.

The shuttering triggered a rush on Hostess snack cakes, with stores selling out of the most popular brands within hours.

About 15,000 unionized workers lost their jobs in the aftermath.

In unwinding its business, Hostess sold off its brands in chunks to different buyers. Its major bread brands, including Wonder, were sold to Flowers Foods, which makes Tastykakes. McKee Foods, which makes Little Debbie snack cakes, snapped up Drake's Cake, which includes Devil Dogs and Yodels.

Metropoulos & Co. and Apollo bought Twinkies and other Hostess cakes for $410 million.

Apollo Global Management, founded by Leon Black, is known for buying troubled brands then selling them for a profit; its investments include fast-food chains Carl's Jr. and Hardee's. Metropoulos & Co., which has revamped then sold off brands including Chef Boyardee and Bumble Bee, also owns Pabst Brewing Co.

That could mean some cross-promotional marketing is in store.

"There is certainly a natural association with the two," Metropoulos said. "There could be some opportunities for them to seen together."

The trimmed-down Hostess Brands LLC has a far less costly operating structure than the predecessor company. Some of the previous workers were hired back, but they're no longer unionized.

Hostess will also now deliver to warehouses that supply retailers, rather than delivering directly to stores, said Rich Seban, the president of Hostess who previously served as chief operating officer. That will greatly expand its reach, letting it deliver to dollar stores and nearly all convenience stores in the U.S.

Previously, he said, Hostess was only able to reach about a third of the country's 150,000 convenience stores.

Production was also consolidated, from 11 bakery plants to four -- one each in Georgia, Kansas, Illinois and Indiana. The headquarters were moved from Texas to Kansas City, Mo., where Hostess was previously based and still had some accounting offices.

In the months since they vanished from shelves, the cakes have been getting a few touchups, as well. For the CupCakes, the company is now using dark cocoa instead of milk chocolate to give them a richer, darker appearance.

Seban stressed that the changes were to improve the cakes, not to cut costs. Prices for the cakes will remain the same; a box of 10 Twinkies will cost $3.99.

Looking ahead, Seban sees Hostess expanding its product lineup. He noted that Hostess cakes are known for three basic textures: the spongy cake, the creamy filling and the thicker icing. But he said different textures -- such as crunchy -- could be introduced, as well as different flavors.

"We can have some fun with that mixture," he said.

He also said there are many trendy health attributes the company could tap into, such as gluten-free, added fiber, low sugar and low sodium.

During bankruptcy proceedings, Hostess had said its overall sales had been declining, although the company didn't give a breakout on the performance of individual brands. But Seban is confident Twinkies will have staying power beyond their re-launch.

As for the literal shelf-life, Seban is quick to refute the snack cake's fabled indestructibility.