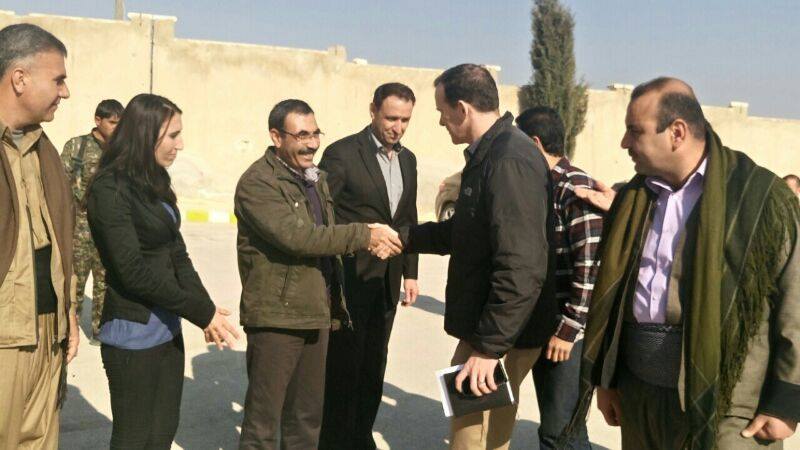 For the United States, the Syrian Kurdish militia has been the most effective force on the ground against ISIS in Syria, but Turkey considers the force a terrorist organization because of its affiliation to Turkey’s outlawed Kurdish rebels. Turkey strongly objects to U.S. moves to supply the group with weapons saying they often end up in the hands of the Kurdistan Workers’ Party, or PKK, which has been fighting an insurgency since 1984.

The issue has strained relations between the two NATO allies.

Clinton said during Sunday’s debate with Donald Trump that she favored continuing the Obama administration’s policy of funneling weapons to Iraq’s Kurdish armed forces and also hinted that she would consider extending that support to Syrian Kurdish fighters. Trump had nothing to say regarding the Kurds during the debate, but in July he called himself “a big fan of the Kurds.”

In the debate, Clinton said: “I would consider arming the Kurds. The Kurds have been our best partners in Syria, as well as Iraq. And I know there’s a lot of concern about that in some circles, but they should have the equipment they need so that Kurdish and Arab fighters on the ground are the principal way we take Raqqa after pushing ISIS out of Iraq.”

Syrian leader Bashar Assad and his Russian backers have long accused the U.S. and its allies of backing “terrorists” in Syria’s grinding civil war.

The Turkish government is also frustrated by what it regards as U.S. reluctance to arrest and extradite U.S.-based Muslim cleric Fethullah Gulen, accused by Turkey of being behind the failed military coup in July.

Gulen has denied any involvement in the attempted overthrow, while U.S. officials are urging Turkey to allow the legal process against Gulen to take its course.