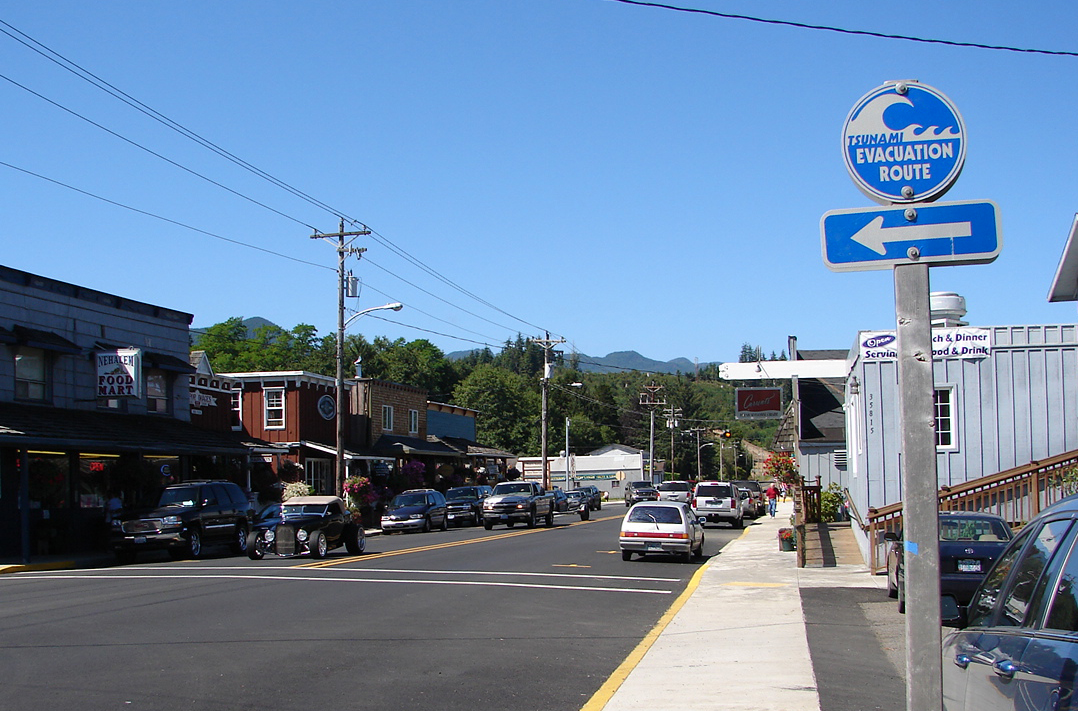 Almost 100,000 people along the U.S. Pacific Northwest coastline are living in the path of a potentially deadly tsunami similar to the one that hit Japan four years ago.

But researchers with the U.S. Geological Survey, University of Colorado Boulder, and California State University, Sacramento found that 77 percent of those communities in California, Oregon and Washington probably would have the necessary 15 to 25 minutes to reach higher ground and escape the monster waves. Their odds improve with tsunami education, institution of evacuation drills and a speedy response.

Those communities that are far from high ground - mostly a cluster of towns in southern Washington - should consider investing in escape towers or other structures that could provide a safe haven, the researchers said.

"All coastal communities in the U.S. Pacific Northwest are vulnerable to varying degrees to tsunami hazards from a Cascadia subduction zone earthquake," said Nathan Wood, a scientist with the USGS and lead author of a new study. "Having a better sense of how a community is specifically vulnerable provides officials with the ability to develop outreach, preparedness, and evacuation plans that are tailored to local conditions and needs."

The study, in the Proceedings of the National Academy of Sciences, examined 73 communities along 700 miles of coastline in Oregon, Washington and Northern California.

The area has drawn increasing attention and concern in recent years because of the Cascadia subduction zone, a megathrust fault off the coast where two plates of the Earth's crust go underneath North America. Geological records showed that more than 41 earthquakes of 8.2 magnitude or better have hit the area in the past 10,000 years.

In other words, it is due for another big one - along the lines of the 2011 Japan earthquake and tsunami that left 19,000 dead and displaced 300,000 or one that hit Chile in 2014. One estimate by Oregon State marine geologist Chris Goldfinger is that there is a 37 percent chance of a big quake in the next 50 years.

The threat has been known since the 1990s but this study for the first time quantifies how many people and businesses are at risk and who are the most vulnerable.

Disaster management experts said they hoped the study would motivate communities and residents to take more action, since there remains a cultural divide between the very real threat and people's willingness to recognize it.

Part of the problem is that the last big earthquake and tsunami in the area happened in 1700 - long before there were even Western settlements in the area.

"We are just wrapping our heads around this hazard," said Patrick Corcoran, a hazards outreach specialist at Oregon State University who did not take part in the study.

"We have gone from not thinking that earthquakes happen here to learning, in fact, they occur regularly," he said. "We are psychologically unprepared. It would be like if New Orleans never had a hurricane before Katrina. It is understandable that we are not dealing with this but we need to deal with it because it is going to happen."

The region has started preparing. States have updated hazard maps to incorporate the risk of a tsunami and established tsunami evacuation routes. There is a regional network for sharing ocean data. Communities also have increasingly factored the potential tsunami risk into zoning decisions and the buildings they build, including one community in Washington that is building a school tall enough to shelter hundreds escaping a tsunami.

"Prior to the 2004 Indian Ocean Tsunami, there was less acceptance of the hazard. However, that tragic event changed the course of history. People up and down the coast could see how devastating tsunamis can be and really took a keen interest in becoming prepared," he said by email. "So, we have seen significant improvements over the past ten years in terms of people taking the threat seriously and taking measures to make themselves, their families, and their communities safer."

But Schelling said the study highlighted that there remain communities still very much at risk.

"Clearly, there are areas along the Washington coast and the entire west coast that simply do not have high ground available within the limited time before the first of the tsunami waves arrive," he said.

"We have made great strides in terms of identifying tsunami hazard zones, creating evacuation routes, demarcating the routes with signage, and providing opportunities to practice tsunami evacuations. I'm hopeful that this new study will encourage coastal residents to further examine their tsunami evacuation routes, practice them, and see how long it takes," he continued. "Maybe the emphasis on moving faster as documented within this new report will help motivate people within coastal areas to practice their routes and become better prepared."

Along with more vertical towers and greater tsunami education, the pace of evacuations could make a big difference in communities within reach of higher ground.

Researchers estimated 21,562 residents would not be able to outrun the waves if they sauntered at about 2.5 mph - with 67 percent of those in Washington, 29 percent in Oregon and 4 percent in California. But if they picked up the pace, to about 3.5 mph, the residents at risk drops to 15,970.

"In certain towns, this should be seen as a public health issue," said Wood, noting the county of Aberdeen, which has the highest numbers of people in a tsunami hazard zone, could increase the numbers who survive from 90 to 99 percent with a quicker escape.

Wood said his team's estimates of those most at risk and projected evacuation outcomes isn't so much a wake up call as "blueprint" for what communities can and should do next "to save lives." The decision, he said, will be the communities' as to how seriously they want to take the threat.

"Rather than saying Cascadia is going to be bad and there is not much we can do about it, I'm saying there are things we can do," he said.