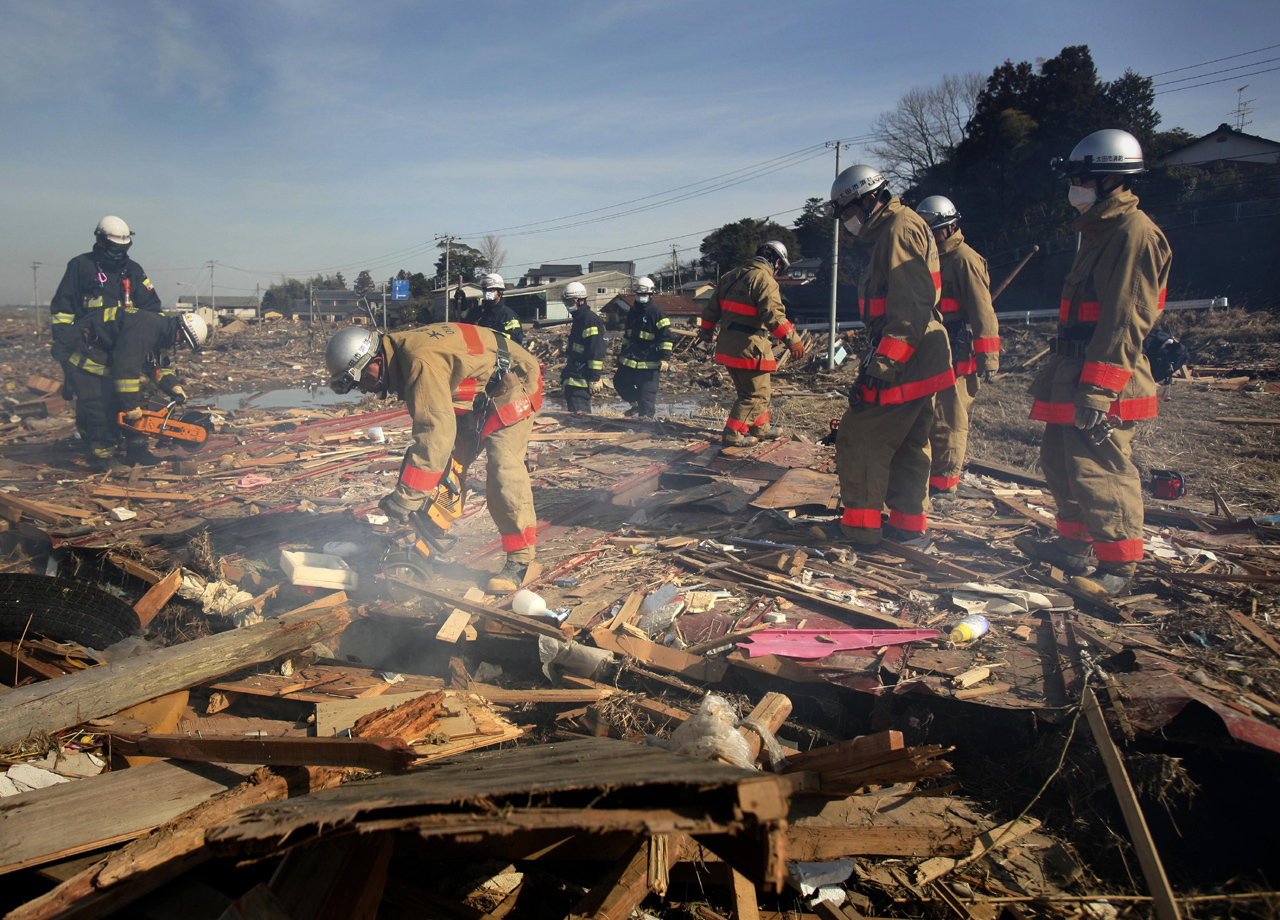 Friday's massive earthquake in northern Japan was the latest in a series of major quakes in the recent past. Christchurch, New Zealand was rocked last month by a quake that killed 166 people. There was an 8.8-magnitude quake in Chile last year.

All of them happened alone the so-called Ring of Fire, which encircles much of the Pacific Ocean, running along the entire West Coast of the United States - and cities in the U.S. are at risk for similar quakes, a seismologist told CBS's "The Early Show" Monday.

"The Pacific Northwest -- what we call the Cascadia Subduction Zone -- has the same kind of characteristics as the fault beneath Japan has," said James Gaherty of the Lamont Research Center at Columbia University. "We're worried about a large subduction zone similar to Japan."

Although no one can say for sure where or when the next earthquake will occur, the West Coast is part of the same volatile geological system as Japan and New Zealand.

"The Ring of Fire is really just a chain of very large faults that are associated with the Pacific plate interacting with the plates around it. And when it pushes beneath it or when it slides along it, it tends to build up friction and produces these types of earthquakes," Gaherty said. "It also produces volcanoes. That's kind of what gives us this notion of a Ring of Fire."

When most people think about earthquakes on the West Coast, they think about California. And California's certainly at risk, Gaherty said but it's along a different fault line likely to produce a different kind of quake.

"California has significant risk, the San Andreas fault. A fault more like in New Zealand," Gaherty said. "California, we're not going to get a big tsunami producing event -- Pacific Northwest we might."

How you can help
Submit your photos and video to CBSNews.com

Friday's quake was the strongest ever recorded in the highly seismically active archipelago, Japan's meteorological agency said. The 1923 Great Kanto Earthquake in Tokyo and its vicinity, which killed more than 140,000 people, registered 8.3.

The most serious earthquake of the past several decades struck near Kobe in January 1995, killing more than 6,000 people and measured a 7.2.

Japan has strict urban building codes requiring buildings to withstand even the most massive quakes and has prepared extensively for major earthquakes like Friday's. But the toll of any quake -- in damage and in lives -- is unpredictable, depending on timing, location and the presence of older buildings that don't meet modern earthquake standards, among other factors.

The January, 2010 earthquake in Haiti was outside of the so-called Ring of Fire. That quake's devastating toll - more than 300,000 dead - had to do largely with the already impoverished conditions in Haiti and the lack of modern building codes.

The U.S. is no Haiti - but it's not on par with Japan, either, in terms of earthquake preparedness.

"It's just ... not something that's on the radar as much as it is in Japan," Gaherty said. He noted that the U.S. Geological Survey has good observation and warning systems in place although they need to be networked together more effectively.

As for building codes, Gaherty said they're better in Los Angeles and San Francisco than in Seattle and Portland where the risk of a massive quake has only recently come into focus.

"We've really only started to understand it in the last 25 or 30 years and so they're sort of trying to catch up now," he said.