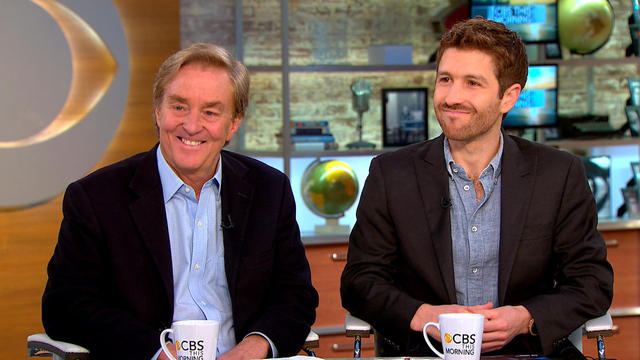 Recent research shows the majority of parents and teenagers check their mobile devices at least every hour. Nearly 50 percent of parents and more than 70 percent of teens feel the need to respond to texts and other notifications immediately.

Concerns about the risks of "tech addiction" are bringing together former employees of some of Silicon Valley's most prominent companies. The "Truth About Tech" initiative aims to raise awareness about the downside of constant connectivity, by engaging tech companies, health officials, lawmakers and consumers.

The central goal of Truth About Tech is a multi-year campaign to educate parents and kids about the addictive quality of cellphones and other devices, and also to come up with solutions, including going to industry to request design changes.

Spearheading the campaign are James Steyer, the founder of Common Sense Media; and Tristan Harris, a former design ethicist at Google and co-founder of the Center for Humane Technology.

"We talk about addiction and we tend to think, 'Oh, this is just happening by accident culturally -- what are the kids doing these days?'" said Harris. "The truth about what's happening on the other side of the screen is that this is happening by design. There's a whole bunch of techniques that are deliberately used to keep the auto play watching on YouTube to keep you watching the next video, or streaks and Snapchat to keep kids hooked to feel like they have to keep this streak going."

Back in 2013 Harris made a presentation in which he said Google had a moral responsibility in shaping two billion people's attention. The question he put  forth was, "How do we design devices ethically, and give parents better parental controls and make the defaults good for everyone?"

Steyer said that more than 50 percent of youth admit that they're addicted to their devices, and more than 60 percent of parents say that their kids are addicted. "What the studies really show is, parents and kids, all of us, need help. We really need to take this on. This is changing everything. We all know this is changing the nature of interpersonal relationships, the way you manage your kids -- you can't get them away from the screen, or yourself -- so I think it is time for us to have a very important national conversation that starts with families, but also schools, and then going directly to the industry and saying you have to change your behavior."

Harris suggested a campaign modeled after the truth campaign against tobacco. "It's showing that there's a deliberate attempt to hold onto and grab people's attention."

So long as a company's stock price is linked to how much on-screen attention they can command of consumers, "you're going to have these kinds of problems," he said.

"CBS This Morning" reached out to companies for their response about corporate responsibility.

Apple wrote: "We think deeply about how our products are used and the impact they have on users and the people around them."

Facebook also issued a statement: "We take our responsibility seriously … We're committed to being part of the conversation."

"Mark Zuckerberg seemed to be reluctant in the beginning," said co-host Gayle King.

"I think he's coming around," Steyer said. "The bottom line is, the people at the top have to care. If Mark [Zuckerberg] and Sheryl Sandberg get serious about this and change some of the practices at Facebook and Instagram ('cause they own Instagram) and if the folks who run Google and the platforms that are based on attention economy, if they change that, and then the Apples and the Samsungs change -- not just change the design but also tell dumb people like me how to use it properly -- you can make major changes next year. But we have to hold their feet to the fire."

"Facebook is an advertising business model. So is Google. So they want you to stay there. That's how they make money. That does modify the business model, and you know what? Society and our kids are more valuable than their business model.

Harris said companies like Apple and Samsung can do a lot more because they make the device. "They don't actually have to maximize how much time [you spend] on screen. They can do things like giving parents better parental controls and making default settings where you don't feel a constant need to get back to everybody. It's a way that you can disconnect without missing something important.

"One thing you can do at home is set your phone to grayscale. And that really helps. What this does is when you look at your phone, it's all gray. Normally you get the colorful icons and all the red dots -- it feels like this addictive reward. Make it gray, suddenly it's just less compelling. It reminds you it's just a tool."