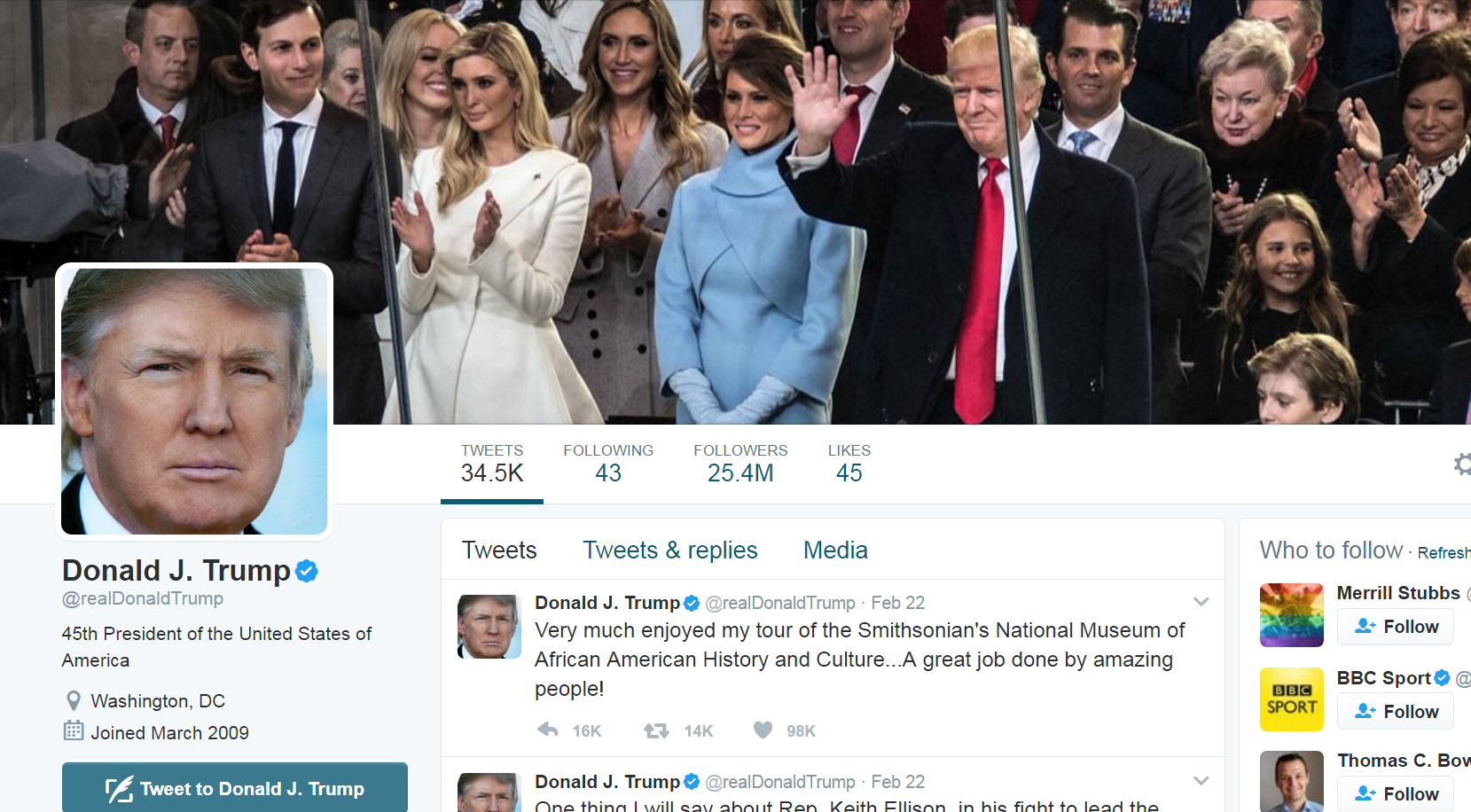 As of 9:00 a.m. Thursday morning, President Trump had not posted any tweets, unusual for the early-rising, quick-to-tweet Chief Executive.

Most mornings since taking office, Mr. Trump has posted his first tweet of the day before 7:00 a.m.

Last Friday, the president tweeted early in the morning -- 6:38 a.m. -- about his visit later in the day to the Boeing Dreamliner plant in South Carolina.

A day earlier, he had posted at 6:34 a.m. about the “new high with longest winning streak” on the stock market.

But this week, his number of tweets appears to be diminishing.

On Monday, he posted four tweets.

Then on Tuesday and Wednesday, it was just two tweets each.

Those tweets attracted little attention. He wrote his most controversial tweet of the last several days on Friday, when he called several TV news organizations, which he referred to as “FAKE NEWS media,” “the enemy of the American people.”

Three days before Mr. Trump’s inauguration, an NBC/Wall Street Journal poll showed 69 percent of those surveyed believed his frequent Twitter postings were a “bad thing” and that he should cut back.

But it remains to be seen if this week’s decline in his frequency of tweets is a change in policy - or just a glitch.