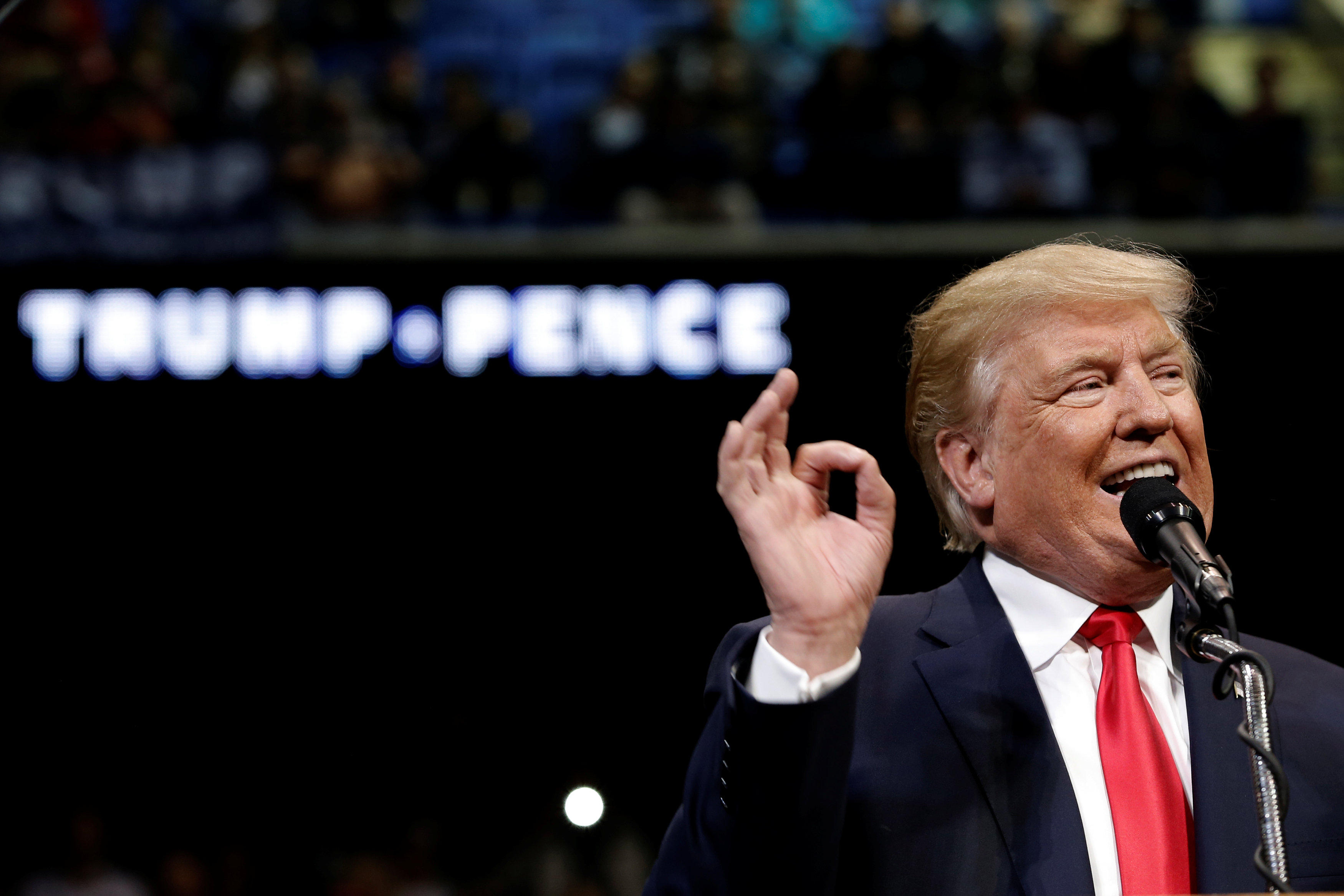 NEW YORK On Facebook and Twitter, on the phone and on the job, from living rooms to hair salons, Donald Trump’s “Grab ‘em by the p****” comment has unleashed a tsunami of stories from women sharing painful memories of sexual assaults.

Many of these women were grabbed by the genitals - exactly as Trump described doing - by men who fled or melted into a crowd. Some women were molested as children on a playground or school bus. Others were groped on a train or dance floor. They’ve told of attacks getting out of taxicabs, harassment in the workplace, and rapes on college campuses. Many shared their experiences for the first time in the days since the video of Trump’s comments aired, while others have been exorcising their demons for a long time on blogs or in therapy.

Whatever the forum, whatever their experience, one thing is for sure: A presidential candidate’s boastful description of manhandling women’s bodies has become a national conversation about sexual assault. Thousands of women have stood up to say, publicly and firsthand, “This happened to me!”

Jennifer McGraw, 35, of Cleveland, wrote a blog post Sunday about being molested as a child called “My Disposable Body” that began with these words: “It all started with a grab of the p****.”

McGraw, who is also a rape survivor, said social media conversations about sex assaults “have blown up” because Trump’s comments about groping made speaking out more urgent than ever.

“This is somebody who could be our president,” she told The Associated Press. “I can’t not talk about it at this point. There’s too much at stake. I feel strong enough at this point in my life to share my story and share my truth. That’s the only way people will heal.”

From presidential candidate Gary Hart’s sexual relationship with Donna Rice in the 1980s and Bill Clinton’s affairs a decade later to Anthony Weiner’s more recent sexting scandal, the sex lives of politicians have been in headlines. But never before has a U.S. candidate for president made comments boasting of sexually accosting women, characterized by Trump as “locker room talk.” When asked by CNN’s Anderson Cooper during Sunday’s debate if he’d sexually assaulted women, Trump said he had not.

“We saw this in the last year with campus sexual assaults when many young women started coming forward and speaking their truths. This is a way for them to feel like they have some power back when they can tell those stories, to hold not only those who commit these crimes accountable but the systems as well. I know those survivors’ voices can do much more than I ever could as an advocate.”

Edith Bluhm, 48, of Nashville, Tennessee, says her friends’ Facebook threads have been filled with harrowing stories of everything from date-rape to child molestation.

“I have had the experience of going into a crowd and someone has their hand inside my shirt,” she said. “Or you’re on a dance floor and some guy is grinding against you. Or I’m on a train and felt a hand up my skirt. It’s not just about rape. There’s all these things that women have endured, these violations of our bodies, that Trump says you can get away with.”

“Somehow it’s dismissed because it’s fleeting,” Bluhm added. “It’s a hand and then it’s gone... If I say, angrily, ‘Some guy over there was just rubbing up against me, you might say, ‘Oh gross,’ and move on. But later why do I feel like I want to crawl out of my skin?... It’s completely wrong.”

Alicia McCauley, 30, blogged about her experiences with sexual assault, from being grabbed between the legs as a child to being raped. Just recently, a New York City cab driver pinned and groped her as she got out of his taxi. She filed a complaint against him and discovered four other women had filed similar reports against the same driver.

“Hearing Trump say you can do anything you want, you can grab them by the p**** - I hate using the word ‘triggering’ but it felt very reminiscent of all the traumas I have experienced,” she said. McCauley said she told relatives that “if they voted for Trump, I would see it as personal, saying it’s OK to do these things to women. They are agreeing with rape culture and agreeing with male entitlement.”

McCauley said “the stories have always been there,” but they’re “pouring out now” because the outrage over Trump’s comments “has created a space where people are finally agreeing with assault survivors.”

Kimberly McDermott, 42, of Alexandria, Virginia, shared stories on Facebook and Twitter of being groped at a concert and sexually harassed by teachers and a boss. “I had no idea other friends had gone through so many similar experiences and had also been too embarrassed to speak up,” McDermott said. “That was the case in almost every instance, and these were smart, outspoken women. We cannot go back to this behavior!”

Writer Kelly Oxford unleashed thousands of sex assault stories from women over the weekend by asking women to tweet her their assaults: “they aren’t just stats. I’ll go first: Old man on city bus grabs my ‘p****‘ and smiles at me, I’m 12.” Many responses were posted with the hashtag #NotOkay.

Among those who tweeted stories back to Oxford were friends of Spring Weaver, 33. “I felt really sad for my friends who were being triggered by the statements of a presidential candidate,” said Weaver, who also recounted sitting in a hair salon in Chicago on Saturday where the sole topic of conversation among every stylist and customer was Trump’s comments.

Then, Sunday night, watching the debate, Weaver said, “I found myself crying, tearing up. I was just so upset that there were no repercussions for him.”