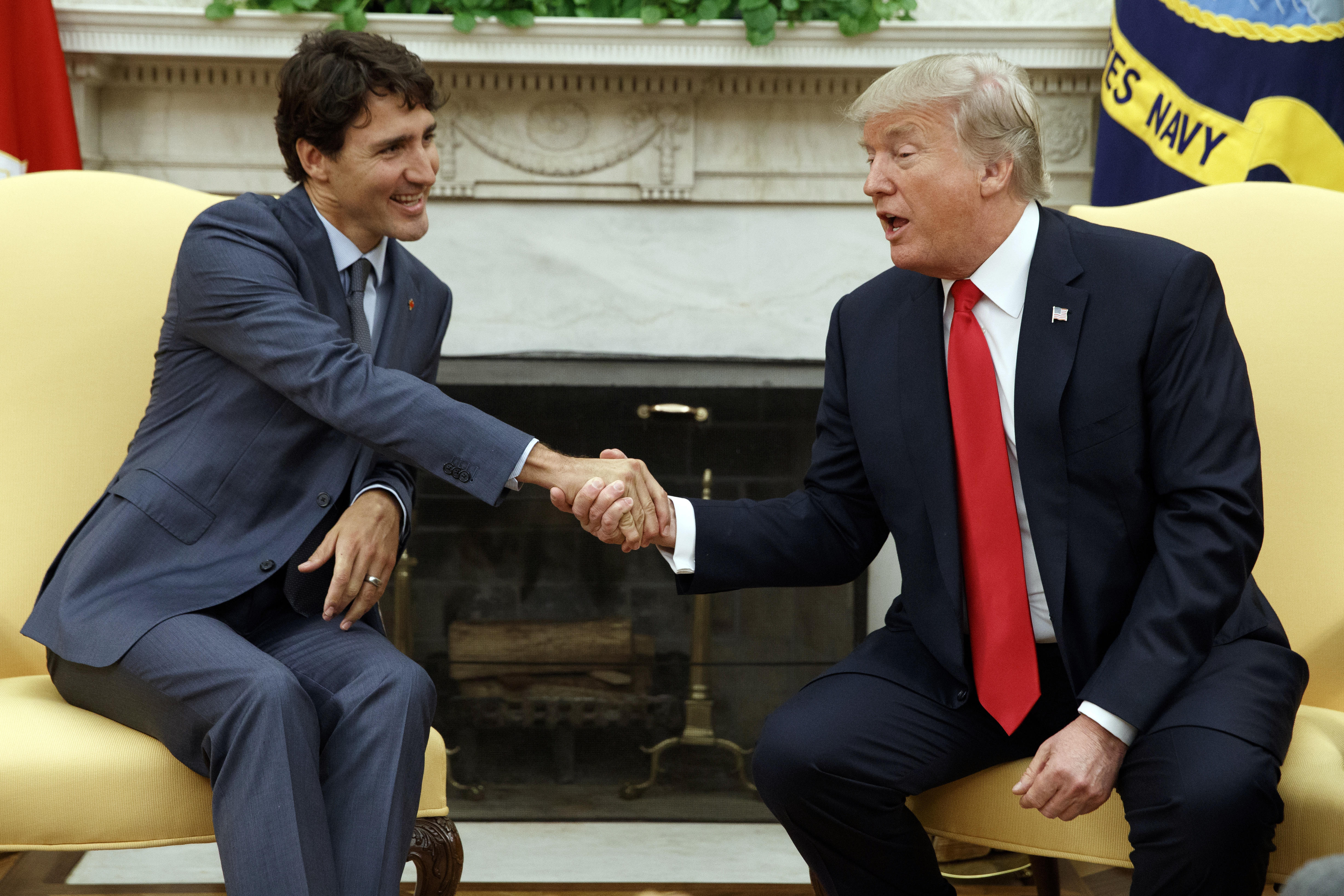 "We'll see what happens with NAFTA, but I've been opposed to NAFTA for a long time," Mr. Trump told reporters.

The Trump administration is currently engaged in efforts to renegotiate the trade deal with Mexico and Canada. Mr. Trump has blamed NAFTA for swelling U.S. trade gaps and stealing factory jobs.

He said that in his discussions with Trudeau, "NAFTA will certainly be a big factor today."

"I think Justin understands this: If we can't make a deal, it'll be terminated," Mr. Trump said, adding that the negotiation "has to be fair to both countries" in order for it to continue.

He said negotiations would come to a close "over the next fairly short period of time."

During the photo op, Mr. Trump also addressed a recent report from NBC News that claimed he told Defense Department officials that he wanted what amounted to "a nearly tenfold increase in the U.S. nuclear arsenal."

NBC cited three officials who were present during a summer Pentagon meeting of the nation's highest ranking national security leaders. The national security assembly is also reportedly the same meeting in which Secretary of State Rex Tillerson called Mr. Trump a "moron" once officials were dismissed.

While Mr. Trump called the report "fake news," claiming that he does not want to expand the nuclear arsenal, he called for its "modernization."

"Right now we have so many nuclear weapons. I want them in perfect condition, perfect shape. That's the only thing I've ever discussed," he said.

"Recent reports that the President called for an increase in the U.S. nuclear arsenal are absolutely false.  This kind of erroneous reporting is irresponsible," his statement reads.

On Wednesday, the president also suggested it might be time to challenge the FCC licenses of NBC and other broadcasters, although networks aren't licensed by the FCC -- individual television stations across the country hold the licenses.