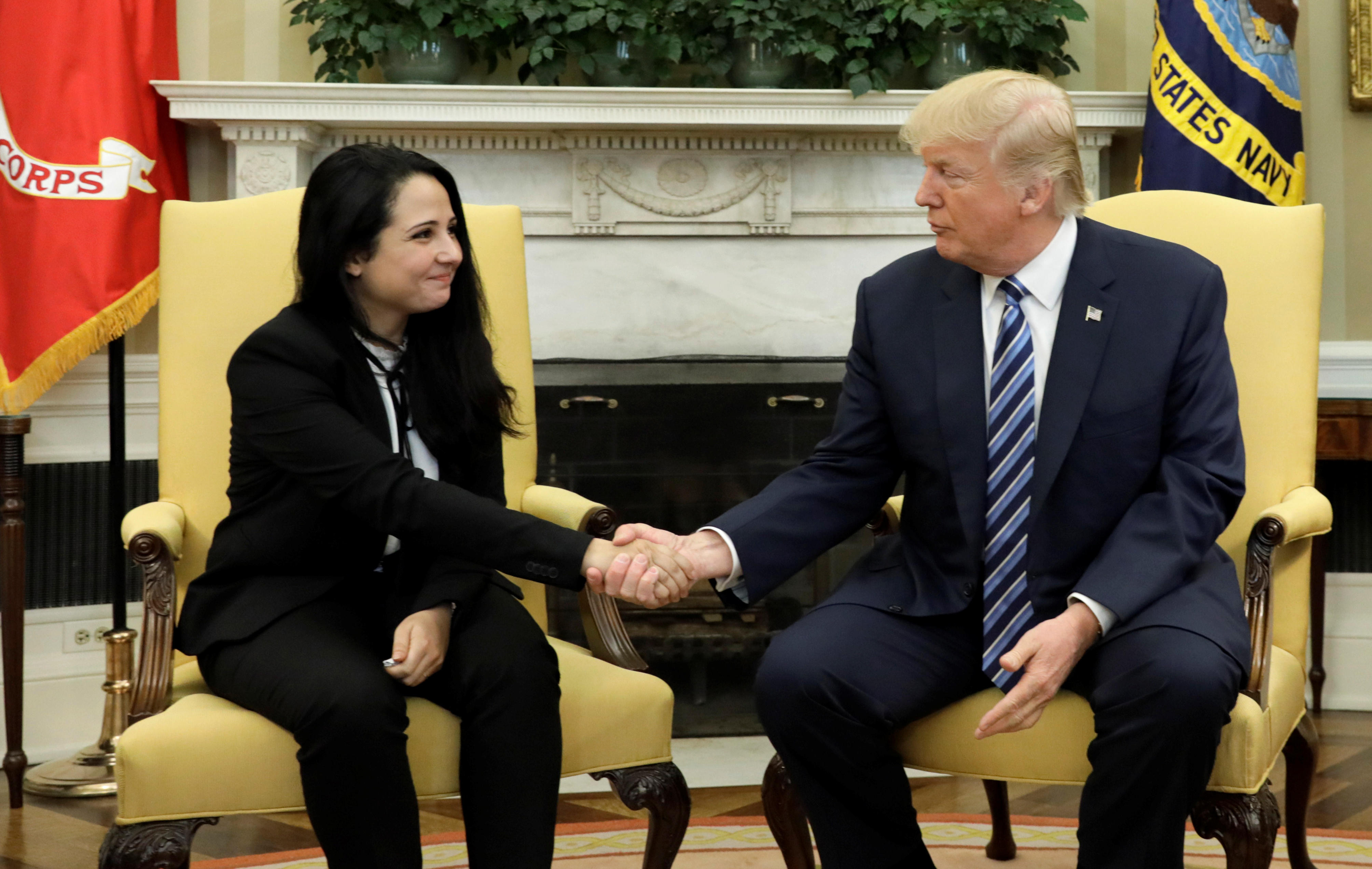 President Donald Trump welcomed Aya Hijazi, the Egyptian-American aid worker he and his administration personally helped free from a prison in Egypt and bring back to the U.S., to the White House Friday morning.

“We are very happy to have Aya back home and it’s a great honor to have her in the Oval Office with her brother and thank you very much,” Mr. Trump said, seated next to Hijazi and accompanied by his daughter and Special Assistant Ivanka Trump, son-in-law and top adviser Jared Kushner, Deputy National Security Adviser Dina Powell, and Basel Hijazi, the aid worker’s brother.

The 30-year-old aid worker was held in a Cairo prison for roughly three years on charges of assault, torture and trafficking — claims human rights groups called unfounded — before Mr. Trump personally intervened in Hijazi’s release, according to her family. Hijazi and her husband, Mohamed Hassanein, had established a foundation to aid street children in 2013, but were arrested along with several others in 2014. Hijazi flew to Washington, D.C., Thursday night after she and seven others in the case were acquitted of all charges.

Hijazi, an American citizen, grew up close to Washington, D.C.

Mr. Trump said he would take no questions from the press, but did respond to one question about the possibility of a government shutdown, saying, “I think we’re in good shape.”

The aid worker’s freedom came several weeks after Mr. Trump met with Egyptian President Abdel Fatah al-Sissi at the White House. At the time, Mr. Trump said the meeting went very well, and said the U.S. is “very much behind” the Egyptian president.