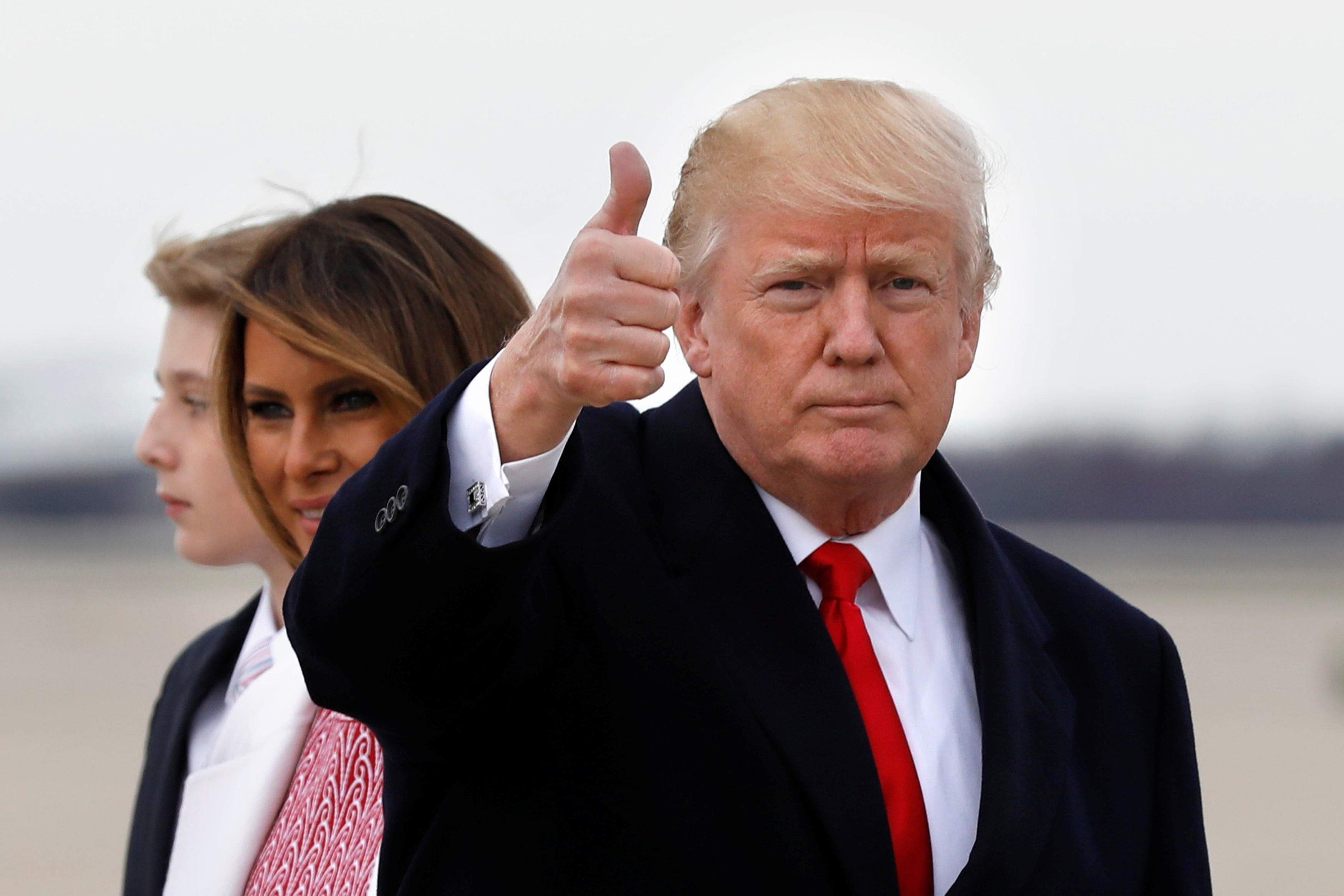 President Trump continued his tirade against Mexico and Democrats, declaring that the Obama-era Deferred Action for Childhood Arrivals (DACA) program was "dead." His new comments on Monday followed his tweets on Easter Sunday where he lambasted Mexico for its inaction on stopping the flow of people and drugs into the United States.

"DACA is dead because the Democrats didn't care or act, and now everyone wants to get onto the DACA bandwagon... No longer works. Must build Wall and secure our borders with proper Border legislation. Democrats want No Borders, hence drugs and crime!" Mr. Trump tweeted on Monday morning.

His tweet follows his assertion on Sunday that "ridiculous liberal" Democrats were impeding Border Patrol agents' ability to "do their job." While entering a small church in Palm Beach, Florida on Sunday for Easter services, he told reporters that Democrats had a "great chance" on delivering a fix to DACA but that they "blew it."

On Monday, Mr. Trump tweeted that "Mexico has the absolute power not to let these large 'Caravans' of people enter their country." He said that the U.S. has "no effective border laws" and called on Congress to "immediately pass Border Legislation" again suggesting lawmakers invoke the "nuclear option" to abolish the filibuster.

Trump added: "Border Patrol Agents (and ICE) are GREAT, but the weak Dem laws don't allow them to do their job. Act now Congress, our country is being stolen!"

The president's tweets came after Fox News' "Fox & Friends" reported early Sunday on what it said is a group of 1,200 immigrants, mostly from Honduras, headed to the U.S.

About 1,100 migrants, many from Honduras, have been marching in a caravan along roadsides and train tracks in the southern Mexico state of Oaxaca.

These "Stations of the Cross" migrant caravans have been held in southern Mexico for at least the last five years. They began as short processions of migrants, some dressed in biblical garb and carrying crosses, as an Easter-season protest against the kidnappings, extortion, beatings and killings suffered by many Central American migrants as they cross Mexico.

Individuals in the caravans often try to reach the U.S. border, but usually not as part of the caravan. The caravans usually don't proceed much farther north than the Gulf coast state of Veracruz. The current march is scheduled to end this month with a conference on migration issues in the central Mexican state of Puebla, east of Mexico City.

The Fox headline was "Caravan of illegal immigrants headed to U.S." The president is known to watch the cable TV program in the morning.

Brandon Judd, leader of the union representing border patrol agents, predicted on "Fox & Friends" that those in the caravan would create havoc and chaos in the U.S. as they wait for what he described as immigration reform. Judd also said Congress needs to pass tougher laws, an idea Mr. Trump appeared to echo, and create more bed space for immigration authorities to house people.