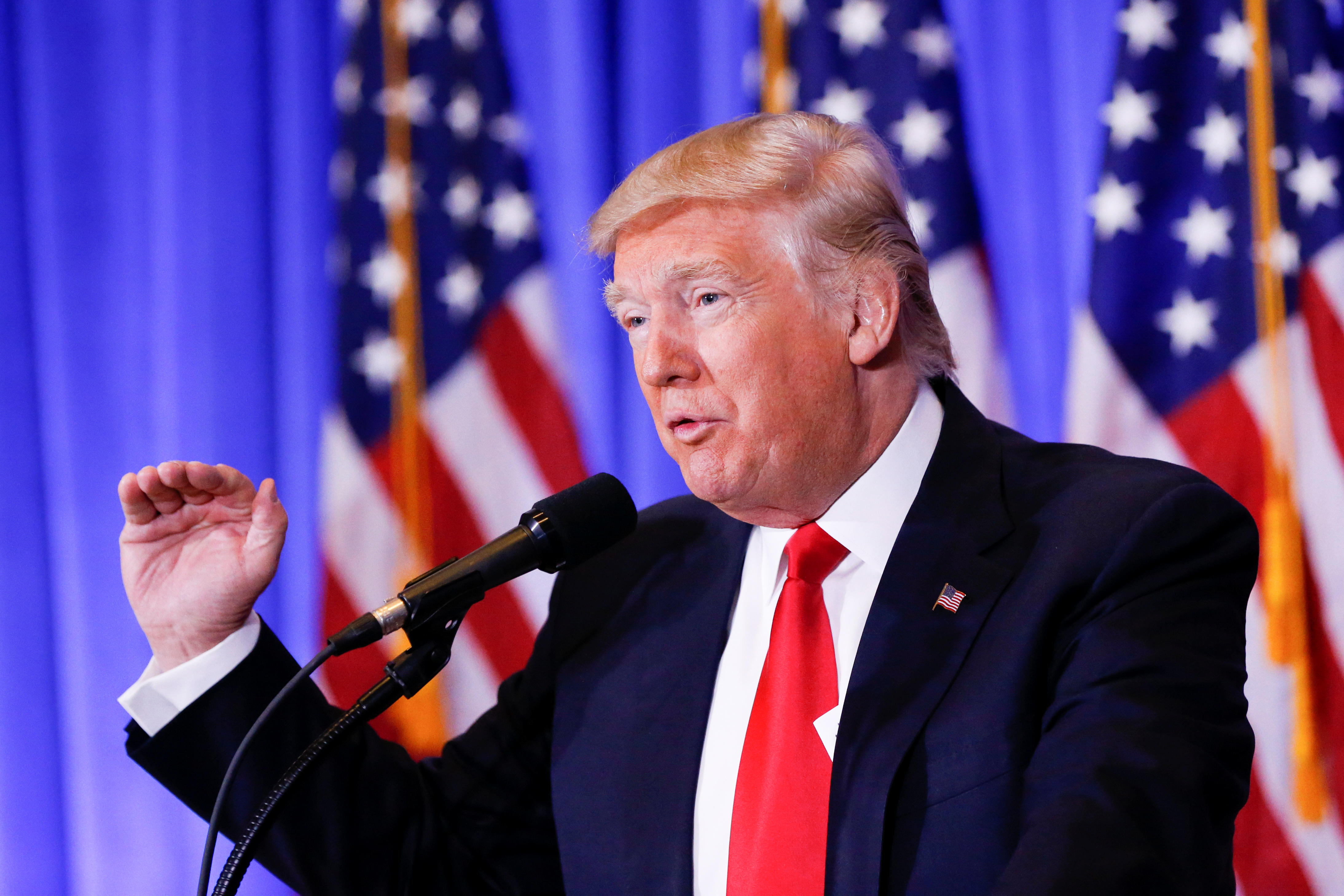 President-elect Donald Trump wrote a series of tweets early Friday morning about the intelligence memo with unverified reports that Russia has compromising information about him and about Hillary Clinton.

Mr. Trump referred to the the memo as “Totally made up facts by sleazebag political operatives,” again accused the intelligence community of releasing the memo, and promised his own hacking report within 90 days.

Steele works for Orbis Business Intelligence, a private investigation firm in London, and Orbis was originally hired by Fusion GPS, a Washington-based research firm working for an unknown client.

Last week, the U.S. intelligence community included a summary of the information in a classified briefing to Mr. Trump, who at the time said the memo was phony.

“I think it was disgraceful that the intelligence agencies allowed any information that turned out to be so false and leak out,” Mr. Trump said in his Wednesday press conference.

“That’s something that Nazi Germany would have done and did do.”

Director of National Intelligence James Clapper phoned Mr. Trump Wednesday night. In a statement, Clapper said he expressed his “profound dismay” at the leaks and “emphasized that (the unverified document) is not a U.S. intelligence community product.”

Vice President Biden, who also received the intelligence briefing with the memo, explained during an interview on MSNBC why including the claims was appropriate.

“It was their obligation to inform not only us but the president-elect that this was out there so that it didn’t come out of the blue and have any impact on the conduct of our foreign policy. They were clear that they just mentioned it, they made no judgment about it,” Biden said.

On the topic of Hillary Clinton, Mr. Trump tweeted that based on the information the FBI had about her, she never should have run for president -- “guilty has hell,” his tweet read.

His tweets appeared shortly after MSNBC’s “Morning Joe” read a portion of the Wall Street Journal editorial calling on FBI Director James Comey to resign, having “lost the trust of nearly everyone in Washington.”

The editorial also contained this line:

“In the liberal mythology about how Mrs. Clinton lost a supposedly unlosable election to an ostensibly unelectable opponent, Mr. Comey looms large. No matter that Mrs. Clinton has mountains of ethical baggage and chose not to campaign in Wisconsin.”