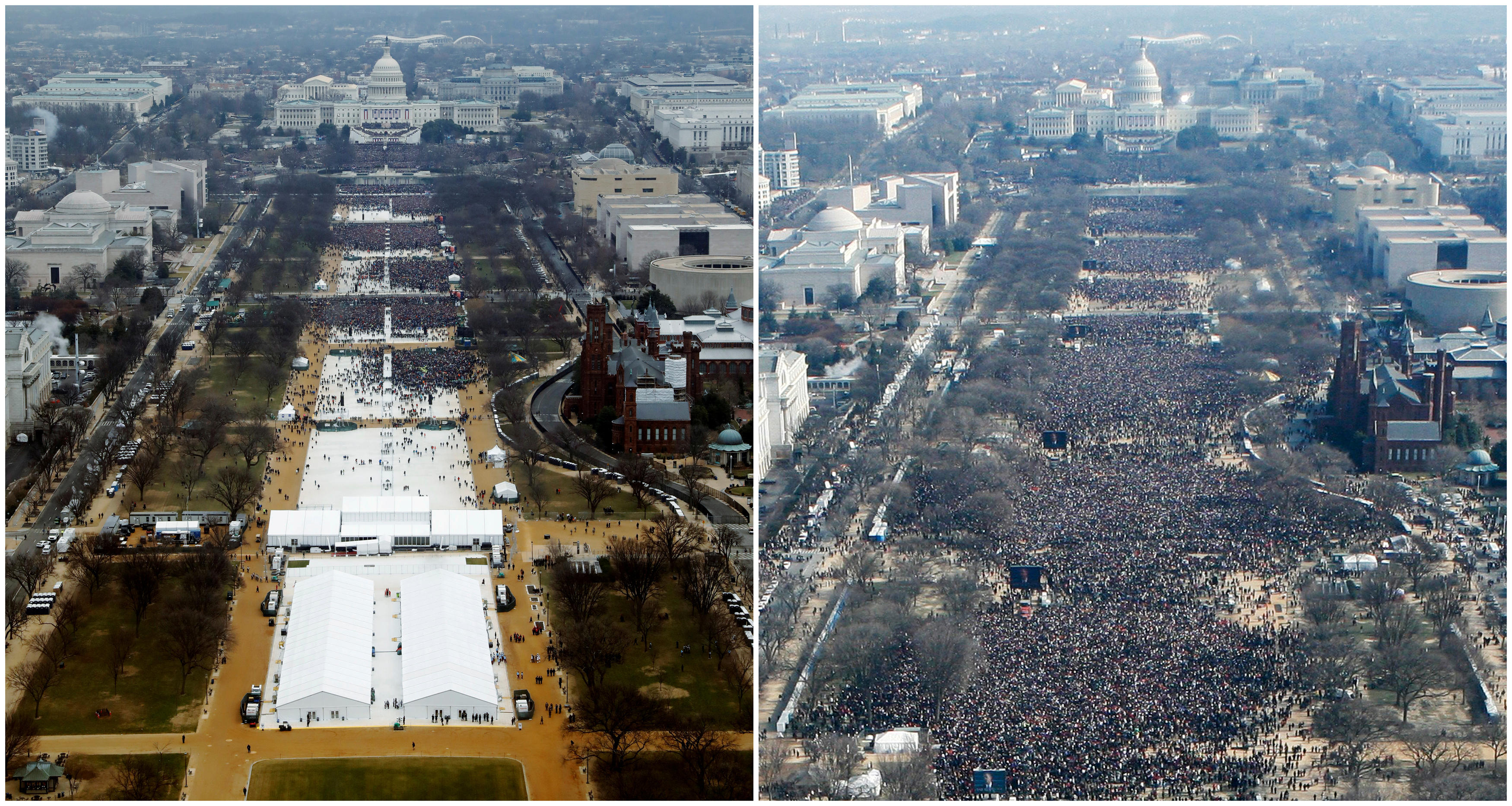 President Trump spoke directly over the phone Saturday with the National Park Service (NPS) chief following his inauguration --  the same day the White House aired grievances about reporting on crowd sizes at the historic ceremony.

A National Park Service spokesperson confirmed to CBS News that Michael Reynolds, the acting NPS director, had a phone call with Mr. Trump over the weekend. The Washington Post first reported on the direct communications between the two.

According to the Post, the president “personally ordered” Reynolds to put out more images of people on the National Mall during the inaugural events.

White House Spokeswoman Sarah Huckabee Sanders told the New York Times, “It was a, ‘What’s going on?’ type of thing.”

“Why is the National Park Service tweeting out comparison photos? That was the bigger issue there,” Sanders said of the phone call, according to the Times.

The Post also reported that Mr. Trump “expressed anger” over a re-tweet NPS sent out that showing side-by-side comparisons of the audience at the Jan. 20 ceremony and former president Obama’s 2009 inauguration. The NPS re-tweet was deleted soon after it was posted, with the official statement from the agency saying that it was “inconsistent” with its social media engagement practices.

Asked by CBS News on Sunday whether the White House had ordered the NPS to purge the tweet from its Twitter account, White House Press Secretary Sean Spicer said “no.”

And while the NPS no longer releases official crowd size estimates, aerial photos show fewer people at Mr. Trump’s inauguration fewer people on the National Mall than former President Obama’s first inauguration in January of 2009, which boasted an audience of 1.8 million in the nation’s capital.

Significantly fewer rides on the transit system were recorded by 11 a.m. on the date of Mr. Trump’s inauguration, as well. Metro ridership showed 193,000 rides taken for Mr. Trump, compared to 513,000 in 2005 for Obama’s first inauguration, and 317,000 for his second. Mr. Trump’s ridership numbers were a few thousand lower than George W. Bush’s second inauguration -- 197,000.

Still, Mr. Trump has repeatedly contested the comparisons in the days since his swearing-in.

“We had a massive field of people. You saw them. Packed,” Mr. Trump said in a speech at the agency’s headquarters in Langley, Virginia. “I get up this morning, I turn on one of the networks, and they show an empty field...I looked out, the field was -- it looked like a million, million and a half people.  They showed a field where there were practically nobody standing there.”

After the president’s comments at the CIA, that evening, White House press secretary Sean Spicer  chastised reporters from the White House briefing room about the crowd sizes.

He asserted that “this was the largest audience to ever witness the inauguration, period -- both in-person and around the globe.”

He blasted photos of the inaugural proceedings as “intentionally framed in a way in one particular tweet to minimize the enormous support that had gathered on the National Mall.” And he described what he considered unfair visuals from the event: “This was the first time in our nation’s history that floor coverings were used to protect the grass on the mall...That had the effect of highlighting any areas where people were not standing while in years past, the grass eliminated this visual.”