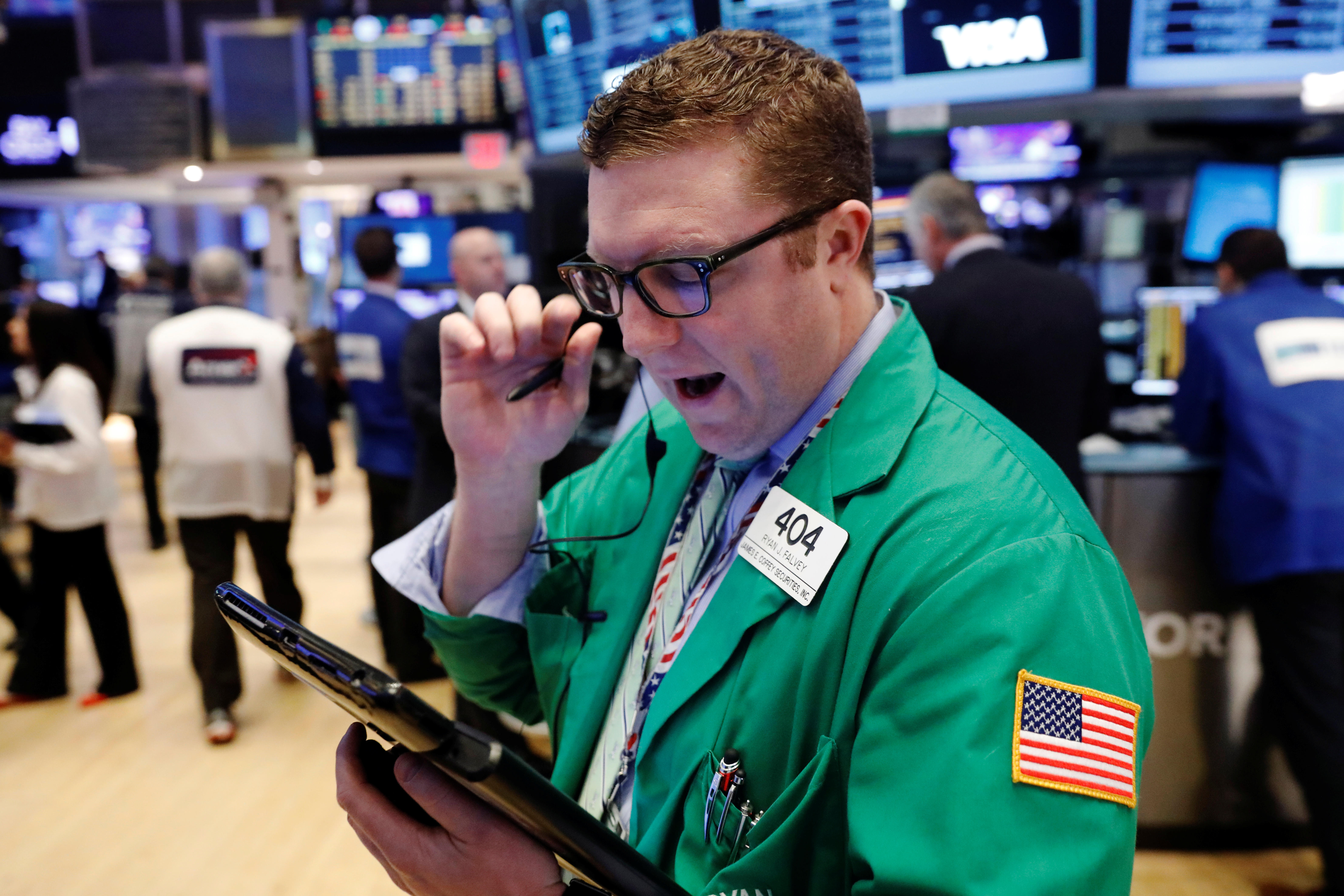 U.S. stock futures and the dollar fell on Monday while Asian markets struggled as President Donald Trump’s failure on healthcare reform raised questions about his ability to push through tax cuts and fiscal spending to boost the economy.

Trump’s inability to get enough support from his own Republican party to “repeal and replace” the Obamacare health insurance reforms, a major campaign promise, also spurred a rush to safety assets such as gold and the Japanese yen. The Dow Jones Industrial Average appears on track for its longest losing streak in six years, according to The Wall Street Journal.

The failure to repeal and reform the Affordable Care Act raises questions about the ability of President Trump to push forward his pro-growth agenda, which includes tax reform and a boost in infrastructure spending, analysts said. Republican leaders and Mr. Trump yanked their bill to repeal the health care law on Friday when it was clear they didn’t have enough votes to pass it.

“The problem for markets is two-fold, with the inability to pass the health care reforms meaning any tax cuts will be diminished, while markets are now left wondering whether the president’s lack of support in Congress will make his tax cuts hard to pass in any form,” Joshua Mahony, market analyst at IG, told The Associated Press.

He added, “Incredibly, at a time when the Republicans control both the House and the Senate, we are faced with a position where internal factions mean Trump still cannot get the required support to make a meaningful impact as president.”

The depressed mood is set to pull European stock indexes down at the open with main index futures seen off between 0.5 and 0.6 percent. U.S. stock index futures fell 0.7 percent to a six-week low in heavy volume, suggesting a weaker start on Wall Street later in the day.

So-called “Trumpflation trades” - betting on an extended recovery in the U.S. and global economies and related assets such as commodities - came under heavy selling pressure.

“Markets have had a good run recently and this is a good opportunity for profit taking across counters,” said Alex Wong, a fund manager at Ample Capital Ltd. in Hong Kong, with about $130 million under management.

But Wong expects the selloff to be limited as cashed-up investors waited on the sidelines.

MSCI’s broadest index of Asia-Pacific shares outside Japan was down 0.1 percent after posting its first weekly decline last week in three weeks.

Japan’s Nikkei fell 1.5 percent as the yen rebounded in the face of renewed U.S. dollar weakness.

In terms of relative valuations, U.S. stocks are trading well above their historical averages while Asia stocks are still broadly in line despite a recent bounce.

“Any big pull back in markets would be an opportunity for long term investment in a region where potential is still intact,” said Nicholas Yeo, head of China/Hong Kong equities at Aberdeen Asset Management in Hong Kong, part of a team that manages $374 billion in assets as of end-December 2016.

The dollar fell to a near two-month low against a basket of currencies. The dollar index was down 0.3 percent at 99.287, its lowest since Feb. 2.

It had risen to a 14-year high near 104.00 early in January when expectations for significant stimulus under the Trump presidency were at their peak.

“There isn’t much going for the dollar right now and the market will be bracing for its further decline.” said Shin Kadota, senior strategist at Barclays in Tokyo.

Fresh off the defeat on U.S. healthcare legislation on Friday, the White House warned rebellious conservative lawmakers on Sunday that they should get behind Trump’s agenda or he may bypass them on future legislative fights, including tax reform.

The Republican head of the tax-writing committee in the House of Representatives said he hoped to move a tax bill through his panel this spring.

U.S. Treasury yields were trading near one-month lows with 10-year bonds closing in on 2.37 percent, its lowest levels since Feb. 28.

Shanghai Futures Exchange copper slid 0.7 percent to 46,680 yuan ($6,785) a tonne while Australia’s benchmark metals and mining index declined as much as 1.7 pct, its lowest since March 14.

Oil prices were broadly flat as investor concerns lingered that OPEC-led supply cuts were not yet reducing record U.S. crude inventories. U.S. crude was trading down at $47.76 per barrel.

Safe-haven gold perked up, rising one percent to $1,257 an ounce.