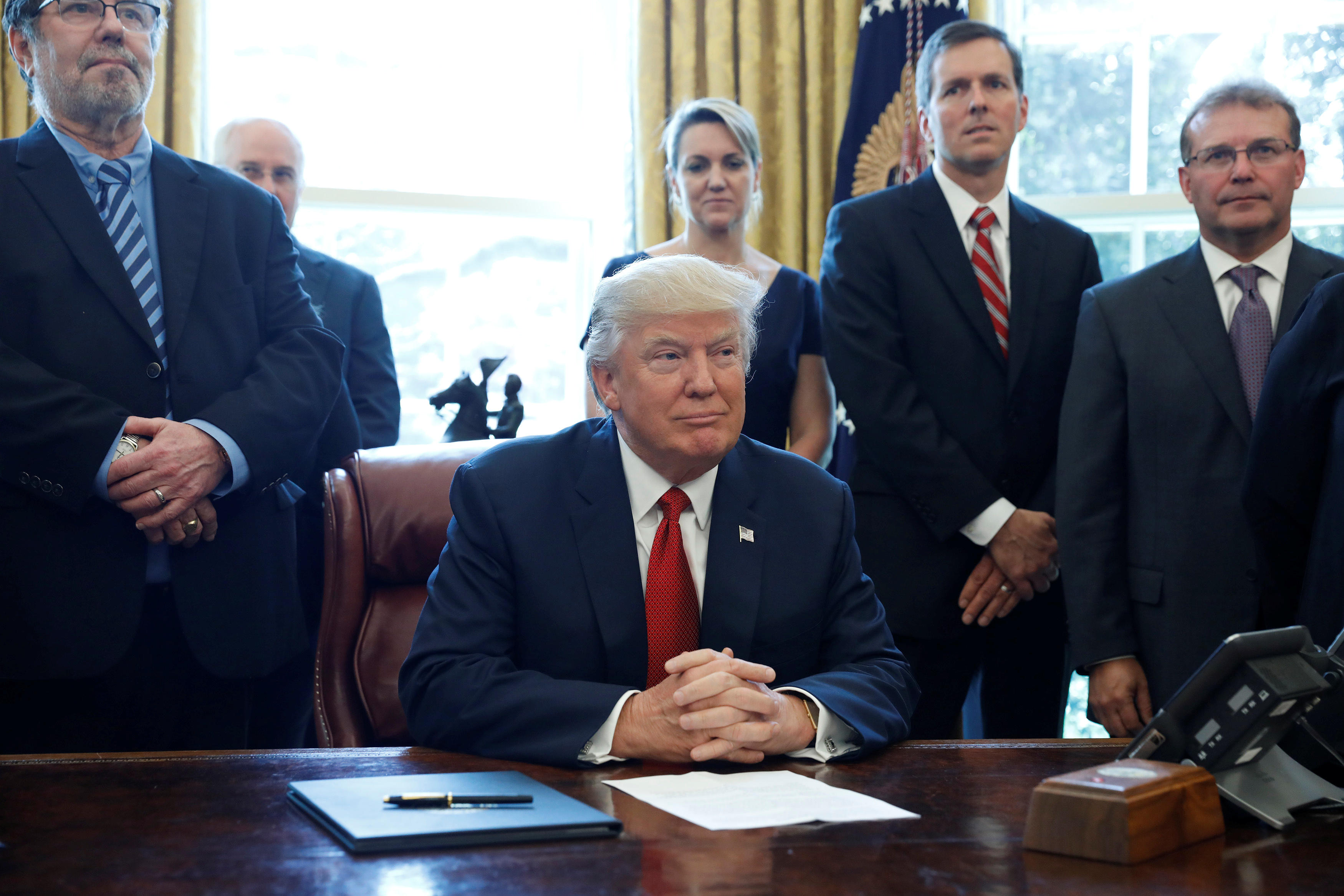 As he signed an executive memo ordering an investigation into whether foreign steel hurts U.S. national security, President Trump took a moment to slam Canada.

“I wasn’t going to do this,” he said, but referring to his trip to Wisconsin this week, Mr. Trump said that what Canada had done to U.S. dairy farm workers was a “disgrace.”

“The fact is, NAFTA, whether it’s Mexico or Canada, is a disaster for our country. It’s a disaster. It’s a trading disaster,” Mr. Trump said. “What happened to our dairy farmers in Wisconsin and New York State -- we’re not going to let it happen. We can’t let Canada or anybody else take advantage and do what they do to our workers and to our farmers.”

He said lumber, timber and energy were also included in those abuses. “We’re going to have to get to the negotiating table with Canada very, very quickly,” he said.

Earlier this week, in Kenosha, Mr. Trump had promised to stand up for dairy farmers, though he didn’t explain the issue, which, according to the Milwaukee Journal Sentinel, is likely a change in Canadian dairy pricing policies that undercut about 75 Wisconsin dairy farmers earlier this month. Their milk buyer dropped them suddenly over the policies, effective May 1, and the suddenness of the move gives them little time to find another buyer. As a result, many of them may be forced out of business.

Asked whether the executive memo targeting steel dumping would affect his relationship with China, given that it’s the biggest offender, Mr. Trump replied, “This has nothing to do with China.” The dumping problem, he continued, is a “worldwide” problem. The president suggested that the report could be finished in 30-50 days, or “maybe sooner than that.”

A 1960s trade law gives the president authority to restrict imports if they are determined to be harmful to U.S. security interests. The law requires that the investigation be concluded within 270 days. Commerce Secretary Wilbur Ross says the timeline will be expedited.

U.S. prominence in the steel industry has been slipping for decades, and Mr. Trump is making some efforts to shore up the industry. He said Thursday that steel is critical to the U.S.

“Maintaining the production of American steel is extremely important to our national security and our defense industrial base,” the president said. “Steel is critical to both our economy and our military. This is not an area where we can afford to become dependent on foreign countries.”

According to the Belgium-based World Steel Association, American-made steel once accounted for roughly 20 percent of global production, but had slipped to less than 5 percent by 2015. China made up less than 3 percent of U.S. steel imports.

Flanked by steel industry executives and union representatives, Mr. Trump signed the executive memo, and then handed the pen to the Steelworkers Union president Leo Gerard. He told reporters gathered in the Oval Office that the unions had been working closely with the administration.

Jared Kushner, Steve Bannon, Reince Priebus and Stephen Miller were also in the room for the signing.