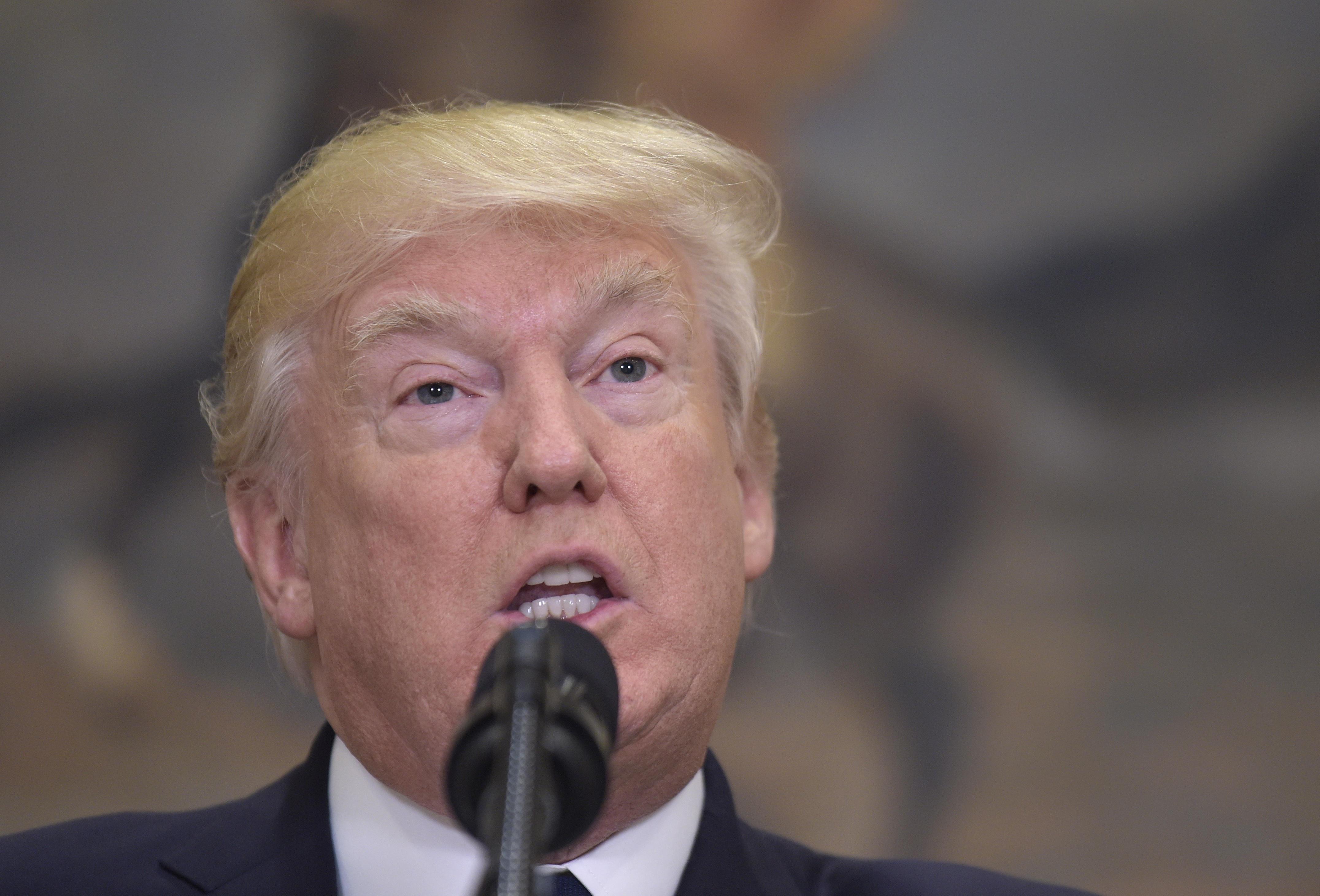 President Trump continued his administration's efforts to put the American worker at the forefront of his agenda, by signing an executive order to help expand apprenticeships and vocational programs across the U.S. on Thursday.

Mr. Trump called it a moment to "celebrate the dignity of work and the greatness of the American worker."

"I probably wouldn't be here without the American worker," quipped Mr. Trump.

While Mr. Trump provided few details at the White House announcement on when the programs would be rolled out or how they would provide training. According to a senior administration official, the order would direct the secretary of Labor to develop a process that would encourage private businesses to develop apprenticeship programs as well as establish a business leaders task force on apprenticeships.

"We have regulations on top of regulations and in history, nobody has gotten rid of so many regulations as the Trump administration, and that's one of the reasons you see all the jobs and companies kicking in," said Mr. Trump.

He added, "We're empowering these companies, these unions, industry groups and federal  agencies to go out and create new apprenticeships."

Mr. Trump is calling on Congress to provide more funding -- $200 million, according to the Associated Press -- which would come from existing job training programs. The executive order would leave it to industry to design apprenticeships under broad standards to be set by the Labor Department.

Agencies will also be directed to conduct an intensive review of existing job training programs, if they work or if they don't and suggestions about how to make them work better. Mr. Trump is directing the government to review and streamline some 43 workforce programs across 13 agencies. Under Mr. Trump's order, private industry would have more flexibility but still have to register.

There are about 500,000 apprenticeship positions in the U.S., representing less than a percentage of the U.S. workforce.

The executive order aims to address the nation's "skills gap" that have left millions of open jobs unfilled. Apprenticeships would give students a way to learn skills without the crippling debt of four-year colleges, and expand those opportunities to women, minorities and other populations underrepresented among the nation's roughly 505,000 apprentices.

Mr. Trump credited his daughter Ivanka for her leadership on the initiative, saying that she "worked so hard understands how important it is to train people to have great, high paying jobs."

Mr. Trump emphasized the need to keep jobs in America, threatening that there will be a price to pay for companies that want to leave the country and sell their products back to the U.S..

"As we train the next generation to do their jobs, all of us here have to do our jobs, we have to join forces and hands and join together to restore american dream for all of our people," added Mr. Trump.

Flanked by workers currently in apprenticeship programs and governors supporting the administration's efforts, Mr. Trump signed the order, ignoring reporters' shouted questions about whether he was under investigation by Special Counsel Robert Mueller.

Earlier, Mr. Trump posted tweets critical of reports about Mueller's Russian meddling investigation into any ties between his presidential campaign's or transition's associates and the Russian government.

President Trump also offered his continuing support of House Majority Whip Steve Scalise as he recovers from Wednesday's shooting at an Alexandria, Virginia baseball park, saying "Steve in his own way may have brought some unity to our divided country, I have a feeling Steve has made a great sacrifice but their could be some unity."