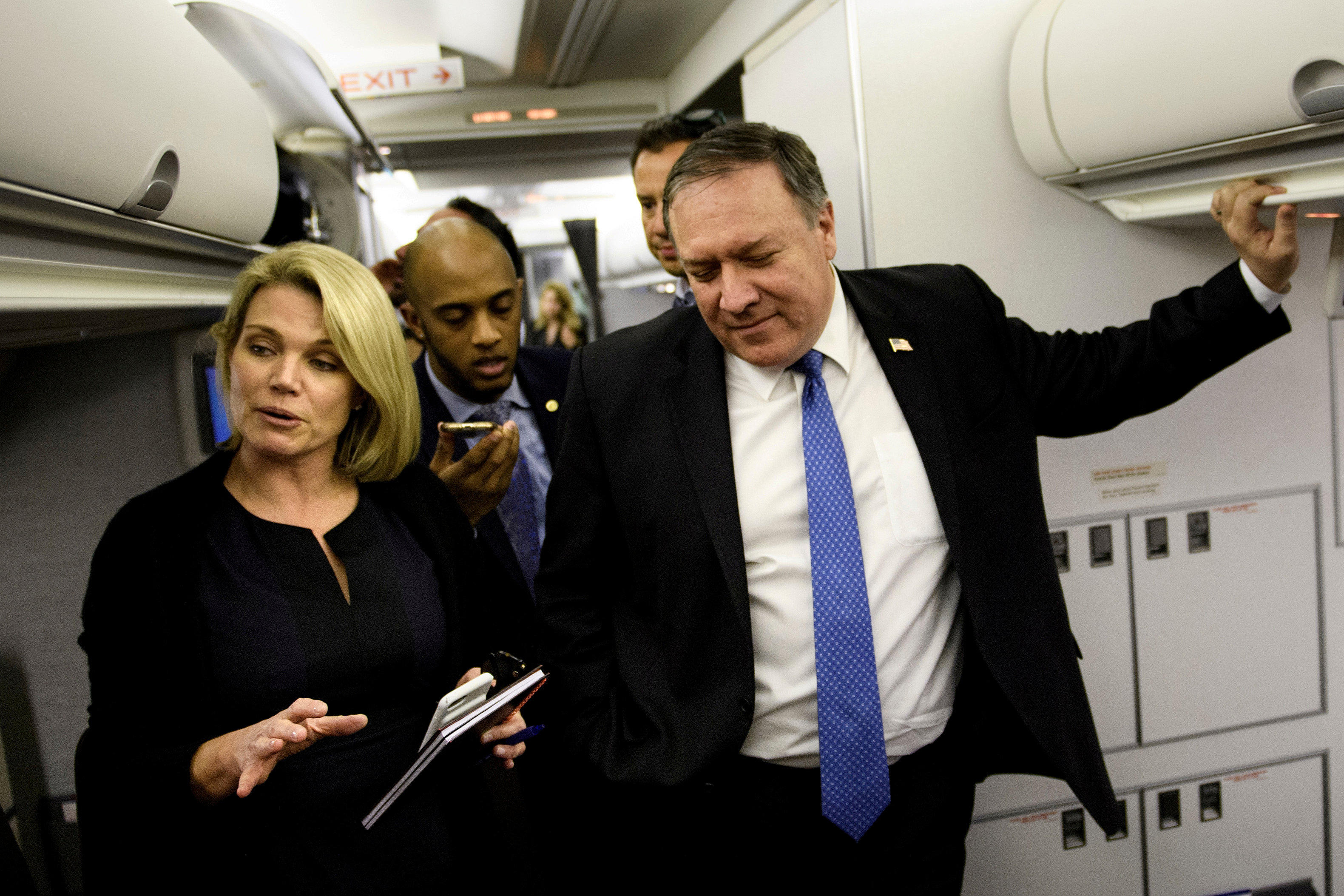 President Trump has chosen Heather Nauert to replace Nikki Haley as U.S. ambassador to the United Nations, he said Friday morning. Nauert is currently the spokeswoman for the State Department.

"I am pleased to announce that Heather Nauert, Spokeswoman for the United States Department of State, will be nominated to serve as United Nations Ambassador. I want to congratulate Heather, and thank Ambassador Nikki Haley for her great service to our Country!" Mr. Trump wrote.

Although some have speculated that Haley may challenge Mr. Trump in 2020, Haley has said that she will support the president.

"I can promise you what I will be doing is campaigning for this one. So I look forward to supporting the president in the next election," Haley said at a press conference while sitting next to Mr. Trump.

If Nauert is confirmed, she will be taking the position at a challenging time for the U.N. because the Trump administration has cut funding of many programs and withdrawn from several international agreements.

Nauert would become the U.S. top multilateral negotiator as the powerful 15-nation Security Council is stymied on many of the world's biggest crises, including non-proliferation of nuclear weapons, the conflict in Syria, on how to handle North Korea, on Russian aggression in Ukraine, on the Middle East, and most recently on the crisis in Yemen, CBS News' Pamela Falk noted from the U.N.

Richard Gowan, a senior fellow at U.N. University, said that Nauert is a "good spokesperson" and would probably handle the public diplomacy part of the role "quite adeptly," but he also pointed out that "she will also have to handle behind-the-scenes negotiations on issues like the Korean sanctions. That's very tough diplomacy."

One U.N. historian, Stephen Schlesinger, a fellow at the Century Foundation think tank, told CBS News' that Nauert's appointment is "a grave disappointment," and it "shows Trump's scant regard, even contemptuous attitude, toward the United Nations. This will only further damage US prestige around the globe."

However, Israel's ambassador to the U.N., Danny Danon, offered support for Nauert's nomination. The Trump administration has cultivated close ties with Israel. Haley would often stand with Israel during U.N. votes regarding the conflict in Israel and Palestine.

"Ms. Nauert has stood by the State of Israel in her previous positions, and I have no doubt that the cooperation between our two countries will continue to strengthen as ambassador to the U.N. In the past two years, we have worked closely with Ambassador Nikki Haley to change the hostile spirit in the U.N., which has led to unprecedented achievements," Danon said in a statement.

The U.N. has had several female ambassadors from the U.S. The post is not always a Cabinet-level position.