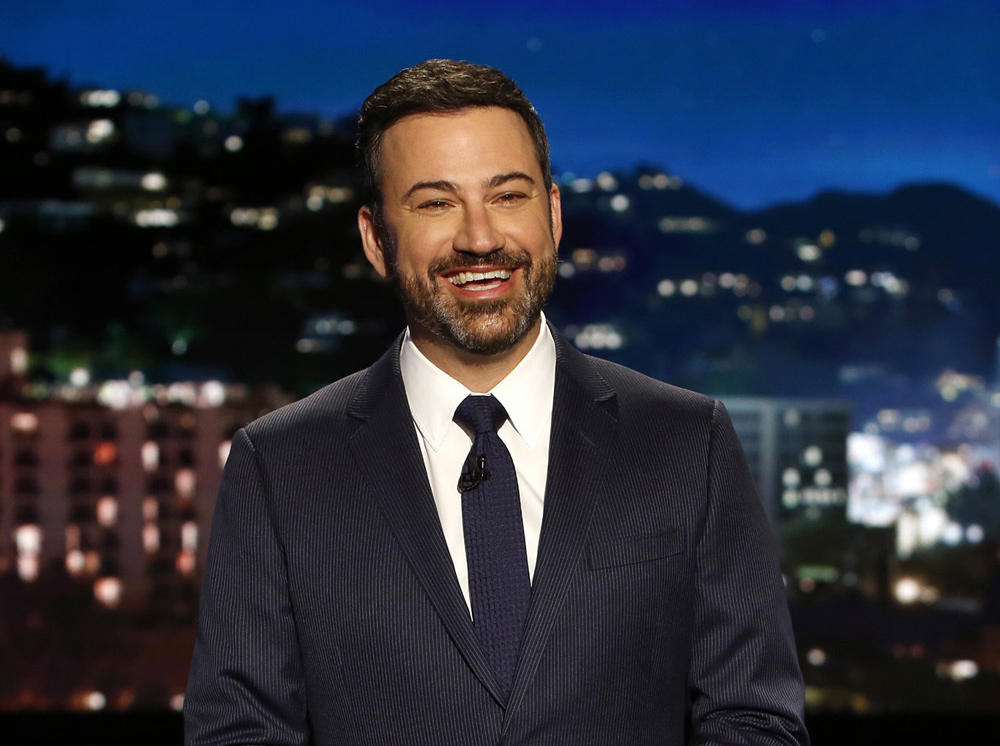 Late-night host Jimmy Kimmel on Tuesday accused Sen. Bill Cassidy, a Republican from Louisiana, of lying to him about his intentions for health care reform and Kimmel ripped apart the Obamacare repeal bill the senator has co-authored.

The comedian was referencing an interview Cassidy did on his show earlier this year in which he committed to what he dubbed the "Jimmy Kimmel test."

Kimmel had asked Cassidy at the time if the senator believed that every American, regardless of income, should be able to get check-ups and maternity care and other health care services.

"Yup," Cassidy said in the original interview, shown in a clip Tuesday.

"He said, in a nutshell, no family should be denied medical care, emergency or otherwise, because they can't afford it," Kimmel said Tuesday about their original conversation. "He said he would only support a health care bill that would make sure a child like mine would get the health coverage he needs no matter how much money his parents make."

Kimmel said that Cassidy said he believed in coverage for all, no discrimination based on pre-existing conditions, lower premiums and no lifetime caps. The late-night host, however, said that the measure Cassidy has introduced with Sen. Lindsey Graham, R-South Carolina, accomplishes none of those priorities.

"[G]uess what? The new bill does none of those things," Kimmel said of Cassidy's bill. "Coverage for all? No. In fact, it'll take about 30 million Americans off insurance. Pre-existing conditions? No. If the bill passes, individual states can let insurance companies charge you more if you have a pre-existing condition. You'll find that little loophole later in the document, after it says they can't. They can, and they will. But will it lower premiums? Well, in fact, for lots of people, the bill will result in higher premiums. And as far as no lifetime caps go, the states can decide on that too, which means there will be lifetime caps in many states."

The bill would repeal Obamacare's structure and replace it with block grants to states and it would roll back the health care law's Medicaid expansion.

Kimmel pleaded with Americans to call their members of Congress to lobby against this bill that the Senate could vote on.

"Stop using my name," Kimmel added. "I don't want my name on it. There's a new Jimmy Kimmel test for you. It's called a lie detector test. You're welcome to stop by the studio and take it anytime."

Asked to respond to his comments Wednesday, Cassidy told CNN's "New Day," "I am sorry he does not understand. Under Graham-Cassidy-Hiller-Johnson, more people will have coverage and we protect those with pre-existing conditions.  States like Maine, Virginia, Florida, Missouri, there will be billions of more -- billions more dollars to provide health insurance coverage for those in those states who have been passed by by ObamaCare and we protect those with pre-existing conditions."

The Senate measure would allow states to obtain waivers to charge people different premiums based on health status, according to The New York Times. Those waivers would get rid of the protections Obamacare has provided for pre-existing conditions. As far as premiums, it could result in high premiums for many people because the bill would eliminate Obamacare's tax credits that have helped middle class Americans pay for their premiums.

And on the notion of there being lifetime caps in many states as Kimmel asserts, the bill wouldn't actually repeal the part of Obamacare that prevents health insurance companies from setting such limits, but it would result in caps being less meaningful in some states that pursue waivers, the Times said.

Finally, Kimmel said that Cassidy committed to coverage for all, but his measure would repeal the individual and employer mandates that were implemented under Obamacare, which imposed penalties on people or companies that didn't obtain or provide health insurance.