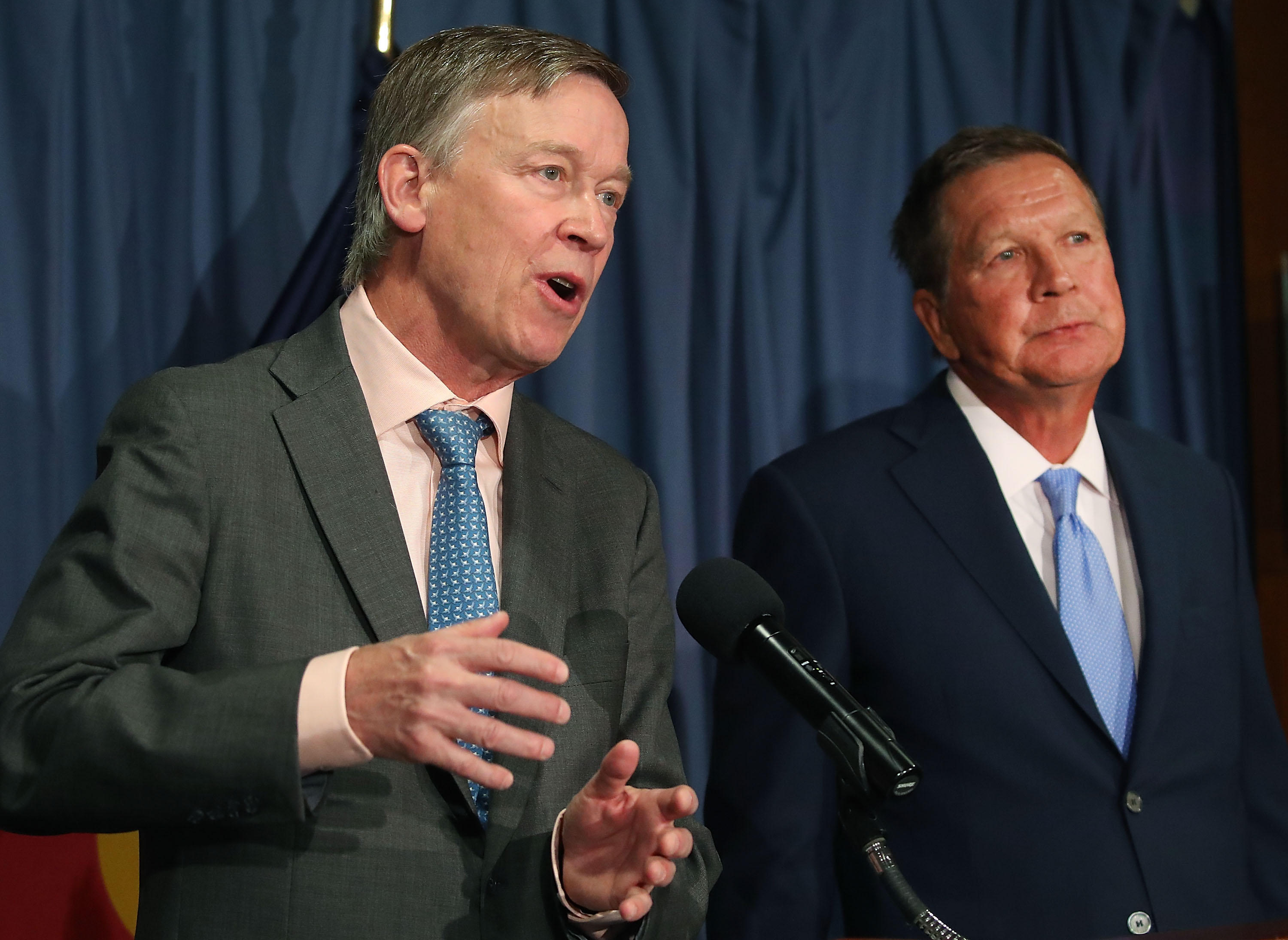 A bipartisan group of governors is again calling on Senate Republicans to give up on their effort to repeal Obamacare and pursue a bipartisan plan instead.

"As you continue to consider changes to the American health care system, we ask you not to consider the Graham-Cassidy-Heller-Johnson amendment and renew support for bipartisan efforts to make health care more available and affordable for all Americans," said a letter addressed to Senate leaders, Mitch McConnell, R-Kentucky, and Chuck Schumer, D-New York.

The group of 10 governors said that only bipartisan approaches "can achieve true, lasting reforms."

"We ask you to support bipartisan efforts to bring stability and affordability to our insurance markets, they wrote. "Improvements to our health care insurance markets should control costs, stabilize the market and positively impact coverage and care of millions of Americans, including many who are dealing with mental illness, chronic health problems and drug addiction."

The letter was signed by Democrats John Hickenlooper of Colorado, Steve Bullock of Montana, Terry McAuliffe of Virginia, John Bel Edwards of Louisiana, Tom Wolf of Pennsylvania, and Republicans John Kasich of Ohio, Bill Walker of Alaska, Brian Sandoval of Nevada, Phil Scott of Vermont and Charlie Baker of Massachusetts.

Senate Republicans may hold a vote on a measure proposed by Sens. Lindsey Graham, R-South Carolina and Bill Cassidy, R-Louisiana, that would need 51 votes to pass under the budget reconciliation process. Due to a ruling by the Senate parliamentarian, Senate Republicans have only until Sept. 30 to use the procedure.

The nonpartisan Congressional Budget Office (CBO) is expected to release a preliminary analysis of the bill next week.