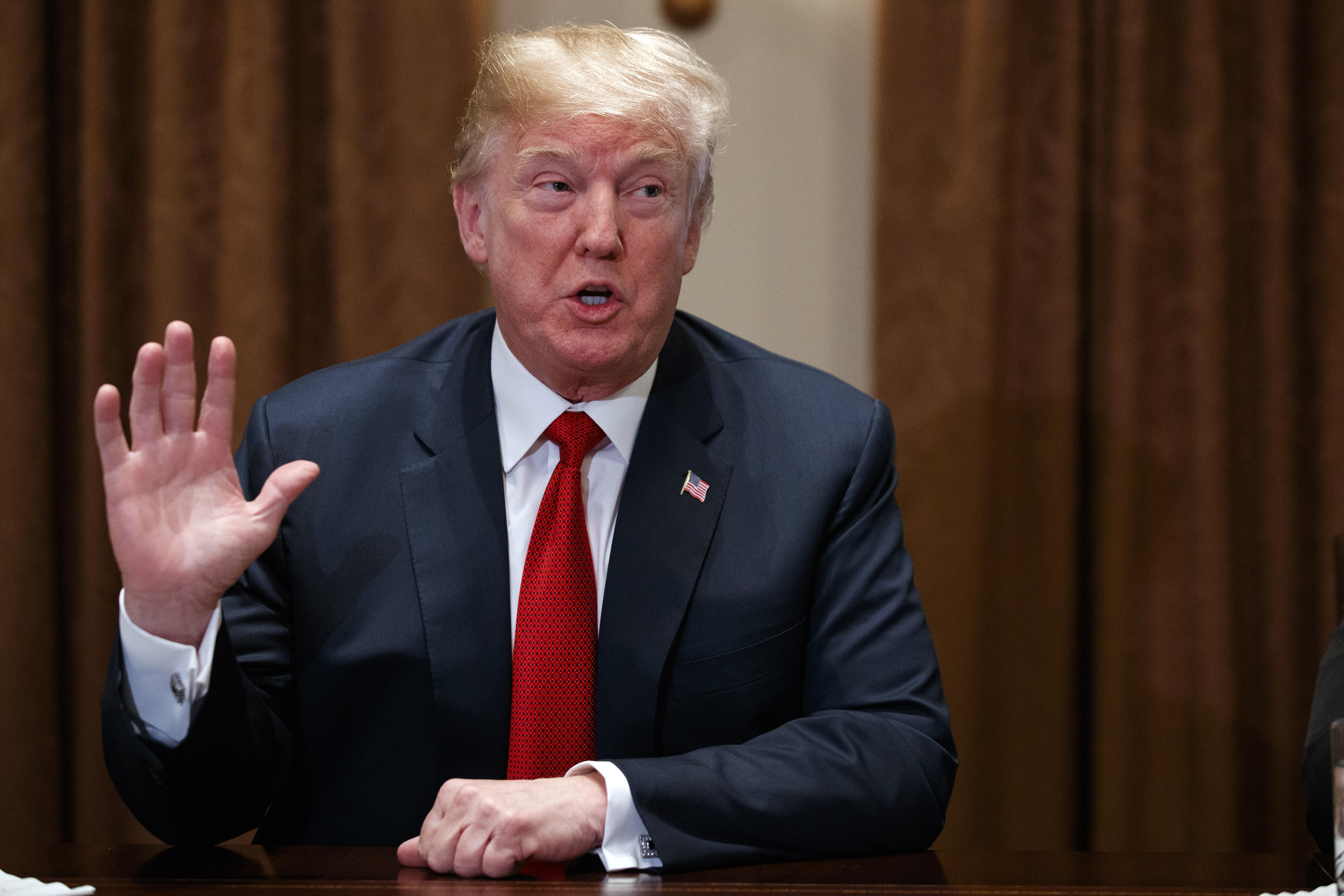 President Trump said he would "love" to see a government shutdown if Congress doesn't agree to changes in U.S. immigration laws.

"If we don't change it, let's have a shutdown. We'll do a shutdown and it's worth it for our country," Mr. Trump said in a roundtable meeting with law enforcement officials at the White House Tuesday afternoon. "I'd love to see a shutdown if we don't get this stuff taken care of."

The president was meeting with law enforcement officials to discuss the fight against the MS-13 gang, which the Trump administration has linked to sanctuary cities and immigration policies. Mr. Trump said that "killers" are allowed to enter the country through loopholes in immigration policy, which he vowed to change.

"By the way, the world is laughing at us because they can't believe these policies. They don't have it. I could name 15 of them right now. No other country in the world has what we have," Mr. Trump said in the meeting.

Should Congress not come to a spending agreement, the government will run out of funding on Thursday at midnight. House GOP leaders plan to vote on another short-term funding bill to stave off a shutdown that will also likely include an increase in defense spending.

Absent from the short-term funding bill will be a plan to fund the southern border wall and increased border security, which congressional Republicans and the Trump administration have demanded. A short-term deal will also leave Deferred Action for Childhood Arrival (DACA) recipients in limbo as Democrats aim to protect the immigration status of the roughly 800,000 now-undocumented young children of immigrants.

Mr. Trump's comments were decidedly more pessimistic about the prospects for a deal than those of Senate leaders, who met on Tuesday to hash out an agreement. Senate Majority Leader Mitch McConnell said he is "optimistic that very soon, we will be able to reach an agreement."

Mr. Trump said Democrats would be to blame for a shutdown if a combination funding and immigration agreement cannot be met.

"If we have to shut it down because the Democrats don't want safety, and unrelated, but still related, if they don't want to take care of our military, then shut it down. We'll go with another shutdown," he said.