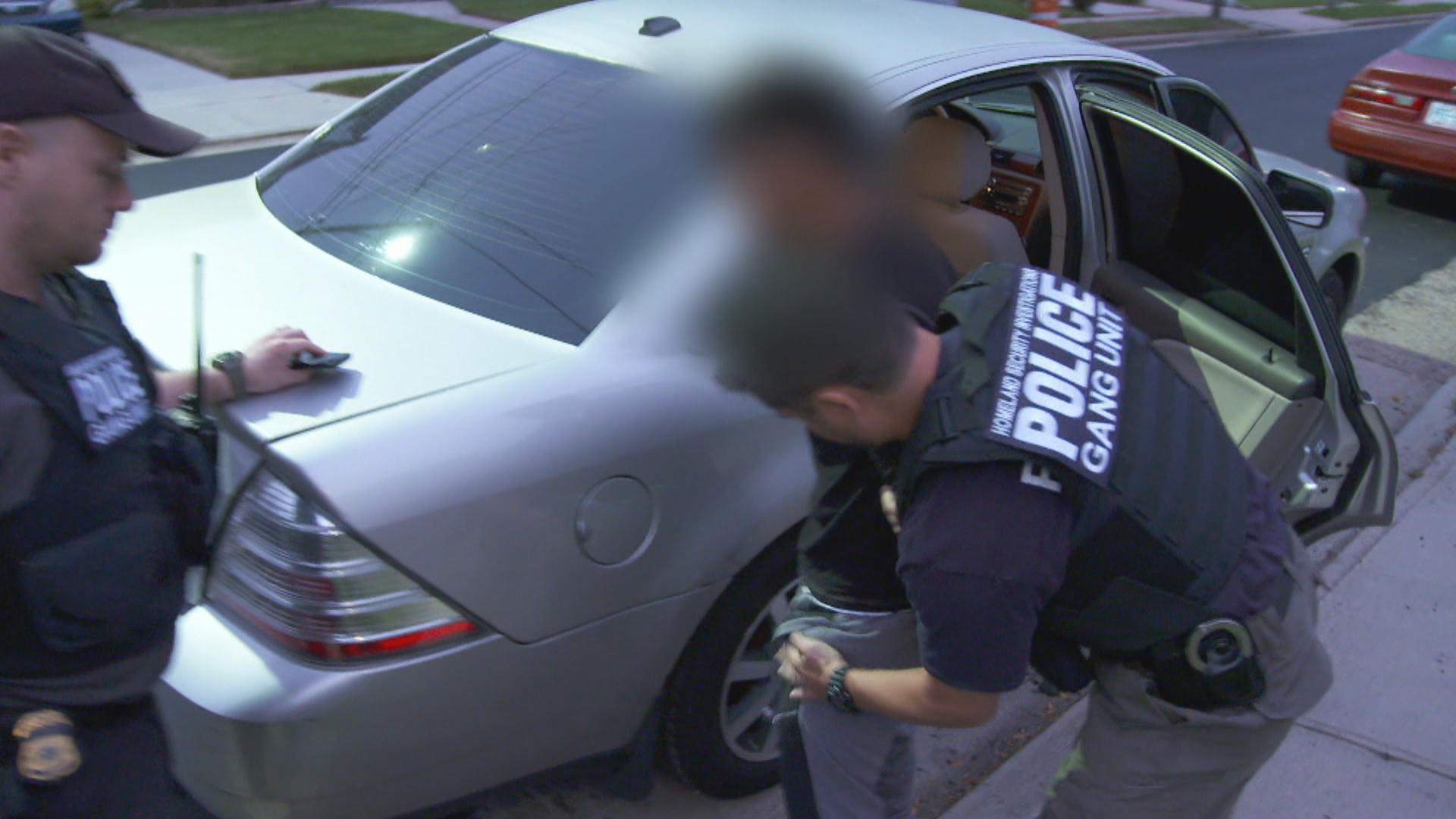 First on "CBS This Morning," we're getting rare access to Operation Matador, a joint law enforcement effort led by the U.S. Immigration and Customs Enforcement's (ICE) Homeland Security Investigations team, to crackdown on MS-13, or Mara Salvatrucha, and other trans-national gangs.

Federal officials will announce Thursday a breakthrough in the fight against MS-13, a gang from El Salvador. Hundreds of accused gang members and associates are under arrest, but its violence is spreading in American neighborhoods.

CBS News correspondent Margaret Brennan went to one of the deadliest battlegrounds, Long Island, New York. They've made 345 arrests on Long Island and in the surrounding New York City area since May.

The target of the pre-dawn raid was a suspected member of MS-13 who had illegally entered the U.S. The team of 12 immigration agents and local police expected the 20-year-old suspect to be armed.

"He entered the country illegally so – and then he went through the immigration process and a judge ordered him removed," said Jason Molina, assistant special agent in charge.

"Yes. We have information, we have pictures of him actually flashing gang signs," Molina said.

But gang membership is not a crime, and the agents did not have a criminal warrant. They only weapons they found were "either pellet guns or BB guns," Molina said.

But Molina's team was still able to make the arrest based on the suspect's immigration status – part of the unique mandate of the Homeland Security investigations unit of ICE. An hour later, they nabbed a second suspect. Molina said he is an MS-13 associate.

"So his known crime is entering the country illegally?" Brennan asked.

"But that's it at this point, that's all you definitely know?" Brennan asked.

"That's correct. The purpose of classifying him as a gang member or a gang associate is because once he goes in front of an immigration judge, we don't want him to get bail, because the whole point of this operation is to get these known gang members off the street," Molina said.

Both men were taken here to Alfonse M. D'Amato federal courthouse with plans to question and then deport them. The courthouse is also home to the command center for Molina's team. They have a heat map showing locations where gang members are known to reside, Molina said.

On a residential street in nearby Brentwood, a man was found brutally beaten to death last year. Molina said he believes it was MS-13.

A month prior, two teenage girls were murdered a mile away. Police suspect MS-13 gang members.

President Trump has railed against MS-13 repeatedly since taking office.

"They don't shoot people because it's too fast and not painful. They cut them up into little pieces," Mr. Trump said in August. "MS-13 are the equivalent in their meanness to al Qaeda."

"They kidnap. They extort. They rape and they rob," Mr. Trump has also said. His administration points to undocumented immigrants in the gang to stress the need for stricter immigration policy.

Homan said he felt his hands were tied in the past, but since Mr. Trump's election, ICE has been able to make more arrests – in part because this administration allows him to prioritize any individual who crosses the border illegally, not just those who have committed other crimes.

"The NGOs and the advocates can say what they want. Everybody has their day in court," Homan said.

But immigration advocates complain this is simply a backdoor way to enforce a heavy-handed immigration policy.

"So the charges of racial profiling you flatly deny?" Brennan asked.

"People can make allegations all day long. I got 20,000 American patriots that work for ICE," Homan responded. "These are men and women who do their job honorably. They get up every morning, strap a gun to their hip and leave the safety of their homes and their families to protect communities, to protect people they'll never meet and they'll never know."

Homan said the Trump administration is sending the message to Central and South America that if you get past the border, you are not home free. He attributed the recent decrease in southern border crossings to that stance.