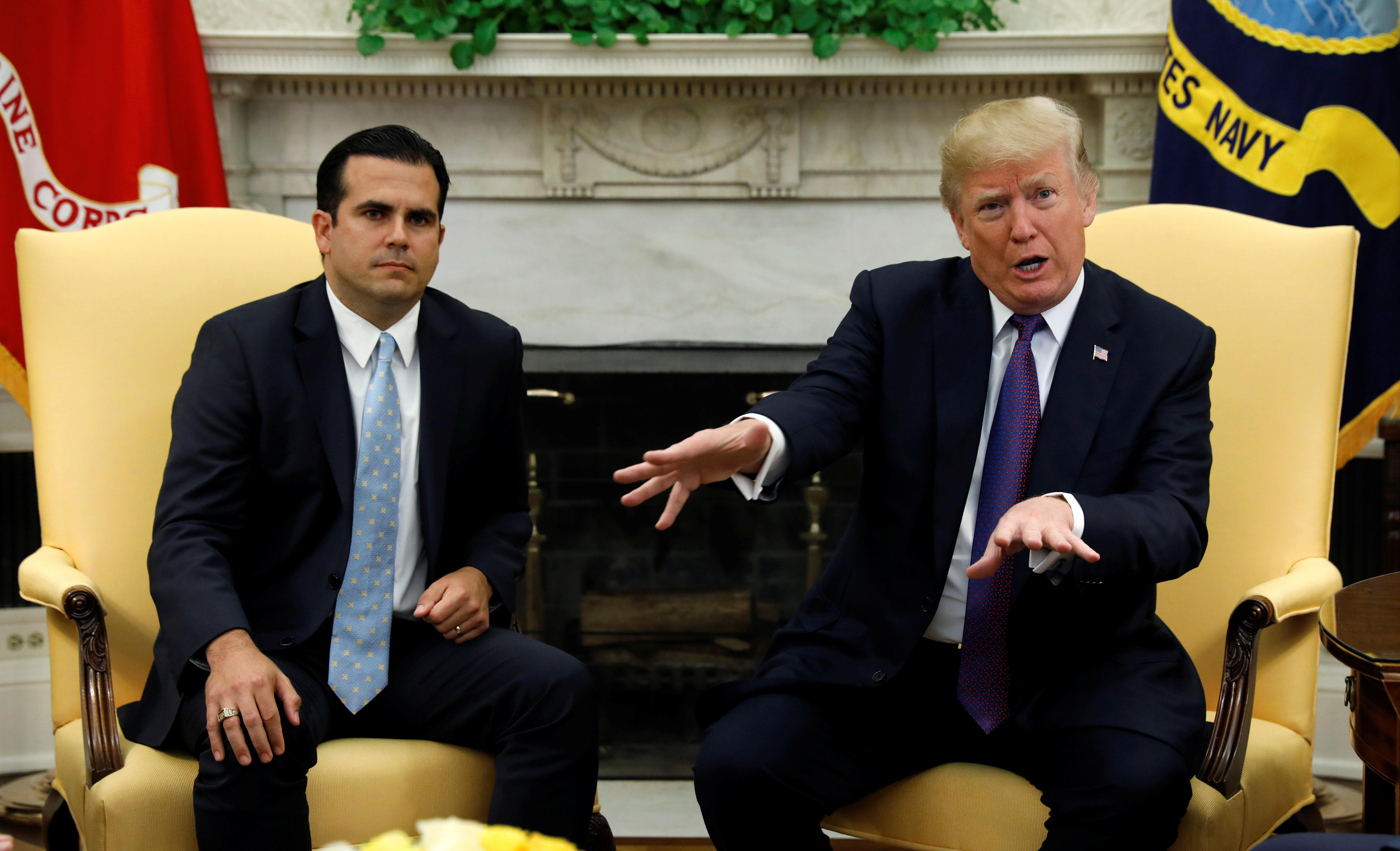 President Trump gave his administration a "10" out of 10 for its response to Puerto Rico Thursday, even as most of the island goes without power and many lack clean drinking water one month after Hurricane Maria hit.

"I'd say it was a 10," Mr. Trump said, asked how he would rate his administration's response.

The president reiterated that line at least twice to reporters in the Oval office Thursday, seated next to Puerto Rico Gov. Ricardo Rosselló. Rosselló visited Washington Thursday to discuss the island's still-dire needs with the president. Mr. Trump has come under fire for not only what critics perceive as a slow response to the crisis, but for casting the recovery in an unrealistically rosy light. During Mr. Trump's visit to Puerto Rico, he did not visit the hardest-hit areas, and the most iconic image from the trip showed him tossing paper towels to a crowd inside a church. Acting Homeland Security Secretary Elaine Duke was immediately criticized when she called the response to Puerto Rico a "good news" story. San Juan's mayor immediately responded, telling CNN, "Dammit, this is not a good news story — this is a people-are-dying story."

Mr. Trump, in his conversation with Rosselló and reporters, emphasized the enormity of Hurricane Maria, saying the island's infrastructure was in bad shape even before the storm hit.

Mr. Trump, who experienced a backlash last week over his Tweet that the Federal Emergency Management Agency (FEMA) and other groups couldn't stay in Puerto Rico "forever," on Thursday said federal components like FEMA and the military "have to leave" at some point.

"At a certain point, we have the leave the various locations that we're in," Mr. Trump said.

Puerto Rico's governor, relying on the president's good will for aid, agreed with Mr. Trump that the federal response has been helpful, but asked Mr. Trump to treat Puerto Rico equally.

"This is not over, not over by a long shot," Rosselló said.