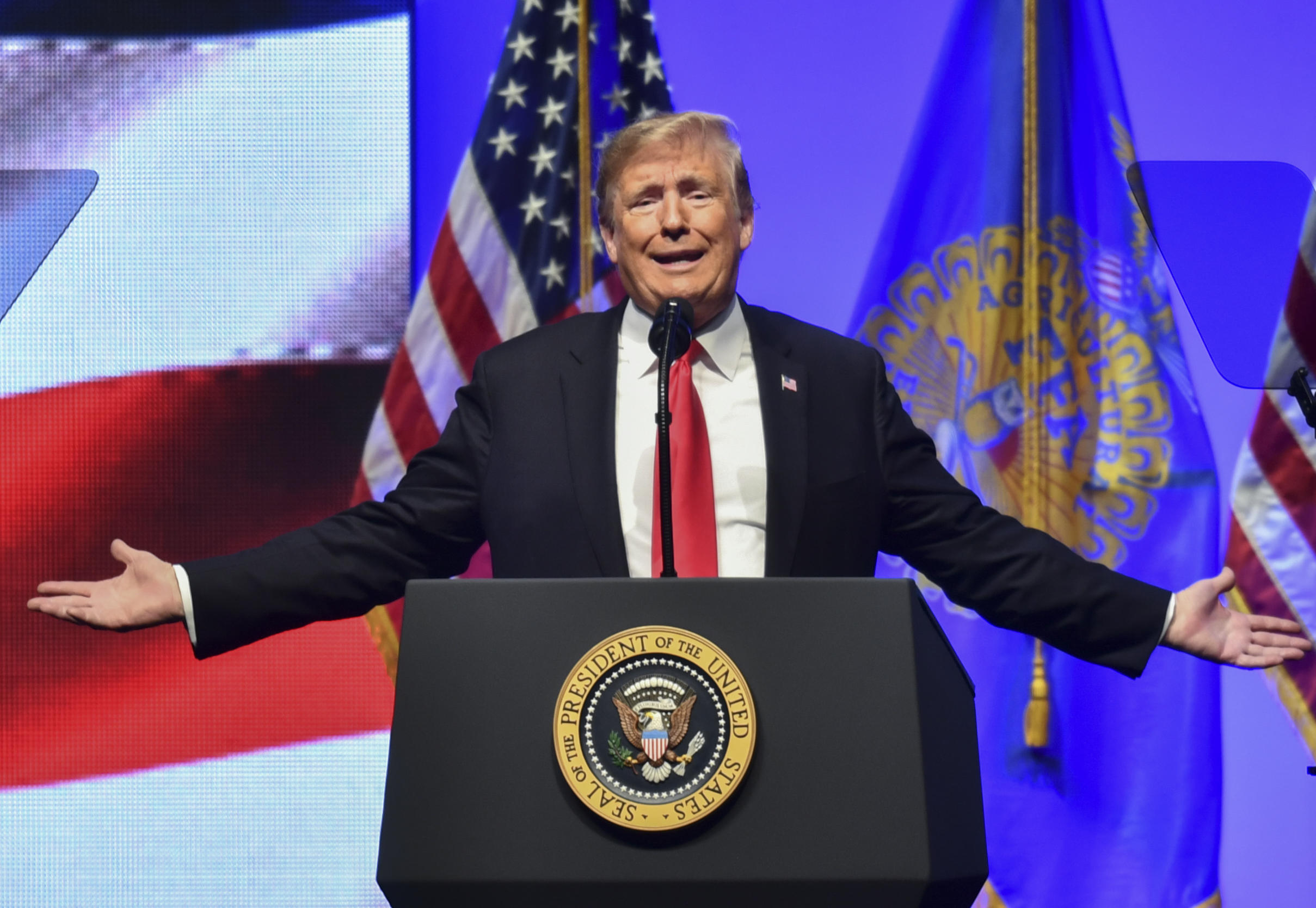 President Trump, seeking to limit immigration to the U.S., is set to challenge a 150-year-old constitutional standard that anyone born in America is an American citizen. Mr. Trump told "Axios on HBO" that he plans to sign an executive order to "remove the right to citizenship for babies of non-citizens and unauthorized immigrants born on U.S.-soil."

"How ridiculous, we're the only country in the world where a person comes in, has a baby, and the baby is essentially a citizen of the United States for 85 years with all of those benefits," the president said. "It's ridiculous. It's ridiculous. And it has to end."

Mr. Trump told Axios he has talked with White House counsel about the executive order, and it is "in process... It'll happen."

The 14th Amendment, passed after the Civil War, specifically says that "All persons born or naturalized in the United States and subject to the jurisdiction thereof, are citizens of the United States and of the State wherein they reside." The Supreme Court has upheld this rule for legal permanent residents, but has never decided a citizenship case involving an illegal immigrant or a short-term visitor to the U.S.

Republican Senator Lindsey Graham, a key ally of Mr. Trump, said following the news of the president's plans that he would introduce legislation similar to any executive order President Trump might issue ending birthright citizenship in the United States. It's unclear whether Graham means he would initiate the process for a constitutional amendment. In 2010, Graham considered introducing a constitutional amendment to change existing law to end birthright citizenship.

"I may introduce a constitutional amendment that changes the rules if you have a child here," Graham told Fox News at the time. "Birthright citizenship I think is a mistake. ... We should change our Constitution and say if you come here illegally and you have a child, that child's automatically not a citizen."

However, House Speaker Paul Ryan said in an interview with "Larry Glover Live" on WVLK that he disagreed with Mr. Trump about the constitutionality of an executive order on birthright citizenship.

"You cannot end birthright citizenship with an executive order," Ryan said. "We didn't like it when Obama tried changing immigration laws via executive action, and obviously as conservatives we believe in the Constitution."

Senate candidates in challenging races in swing states hedged on Mr. Trump's proposal. Incumbent Republican Sen. Dean Heller of Nevada said in a statement that he understood "the President's frustration on immigration and border security," but did not mention birthright citizenship. Republican Senate candidate Rick Scott of Florida said that he would "fully need to review" the proposal.

However, another Republican candidate in Wisconsin, Leah Vukmir, wholly embraced Mr. Trump's proposal. Vukmir is in a less contested Senate race than Heller or Scott, and is down in the polls. She applauded Trump's "courageous leadership" on this issue.

Jim VandeHei, the chief executive of Axios who interviewed Mr. Trump, said the president "has been talking, he says, to legal scholars internally. They say he can get away with it."

"He says 'I don't even need to go to Congress to change this,'" VandeHei reported.

Mr. Trump's latest comments on immigration come ahead of next week's midterm election, in which the issue s a key rallying cry for his GOP base. On Monday, the administration announced it was deploying over 5,200 troops to the southern border to block a caravan of Central American migrants, which is expected arrive at the U.S. border next month.

This story has been updated to include more text from the 14th Amendment.