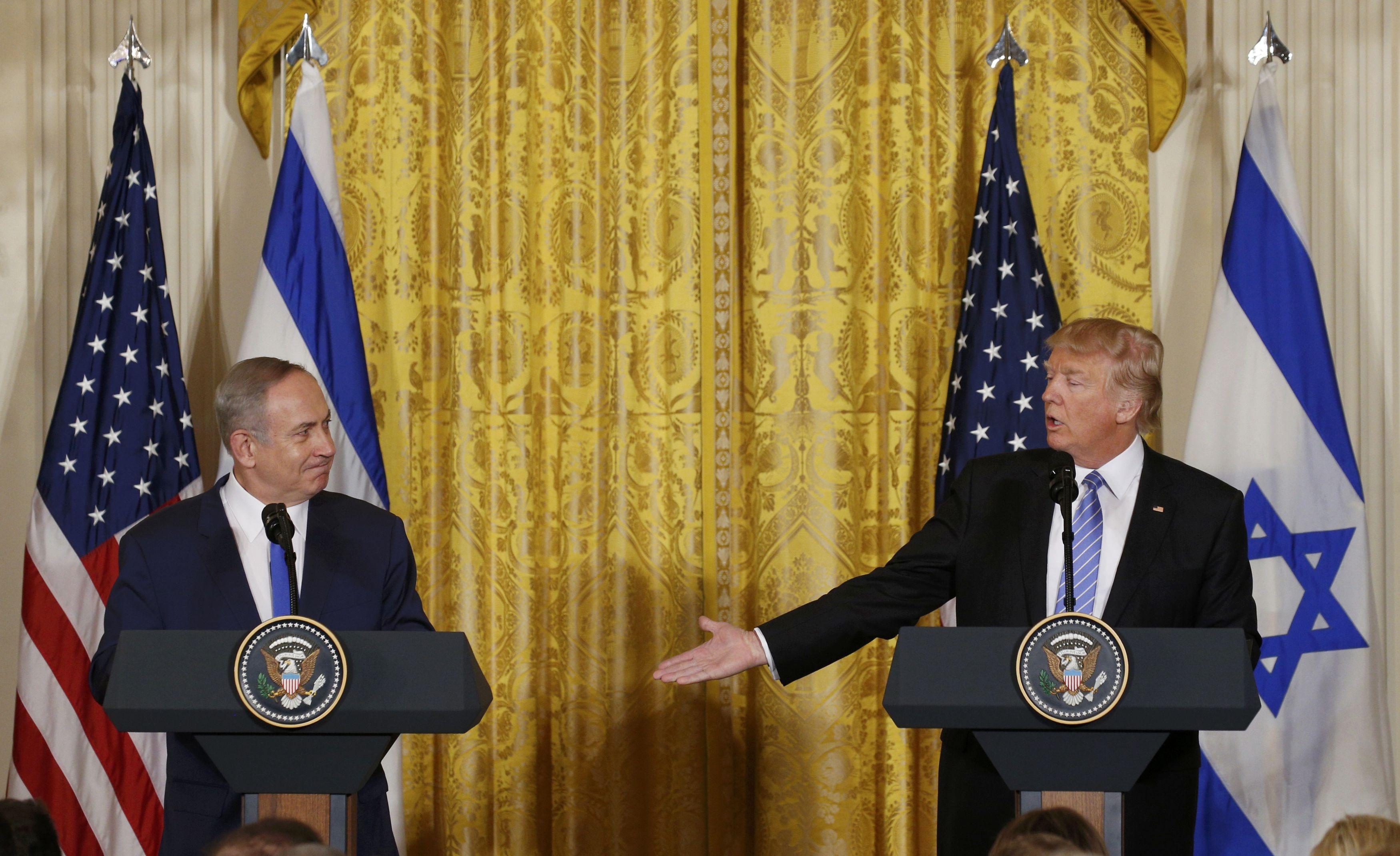 Israel recently announced plans to build more than 5,000 new settlement homes and to construct an entirely new settlement. After meeting with Jordan’s King Abdullah II earlier this month, the White House issued statement saying, “While we don’t believe the existence of settlements is an impediment to peace, the construction of new settlements or the expansion of existing settlements beyond their current borders may not be helpful in achieving that goal.”

The joint press conference Wednesday came ahead of a private meeting, bilateral meeting and working lunch between the two leaders. They discussed the prospects for a renewed peace process and Mr. Trump said that both sides will need to compromise. Netanyahu, however, said there are two conditions for a peace agreement -- that the Palestinians recognize Israel as a Jewish state and that Israel is able to retain security control of the West Bank. He added that he’s interested in a “regional approach from involving our newfound Arab partners in pursuit of a broader peace and peace with the Palestinians.”

Mr. Trump said he’s open to a two-state or one-state solution as part of a peace deal.