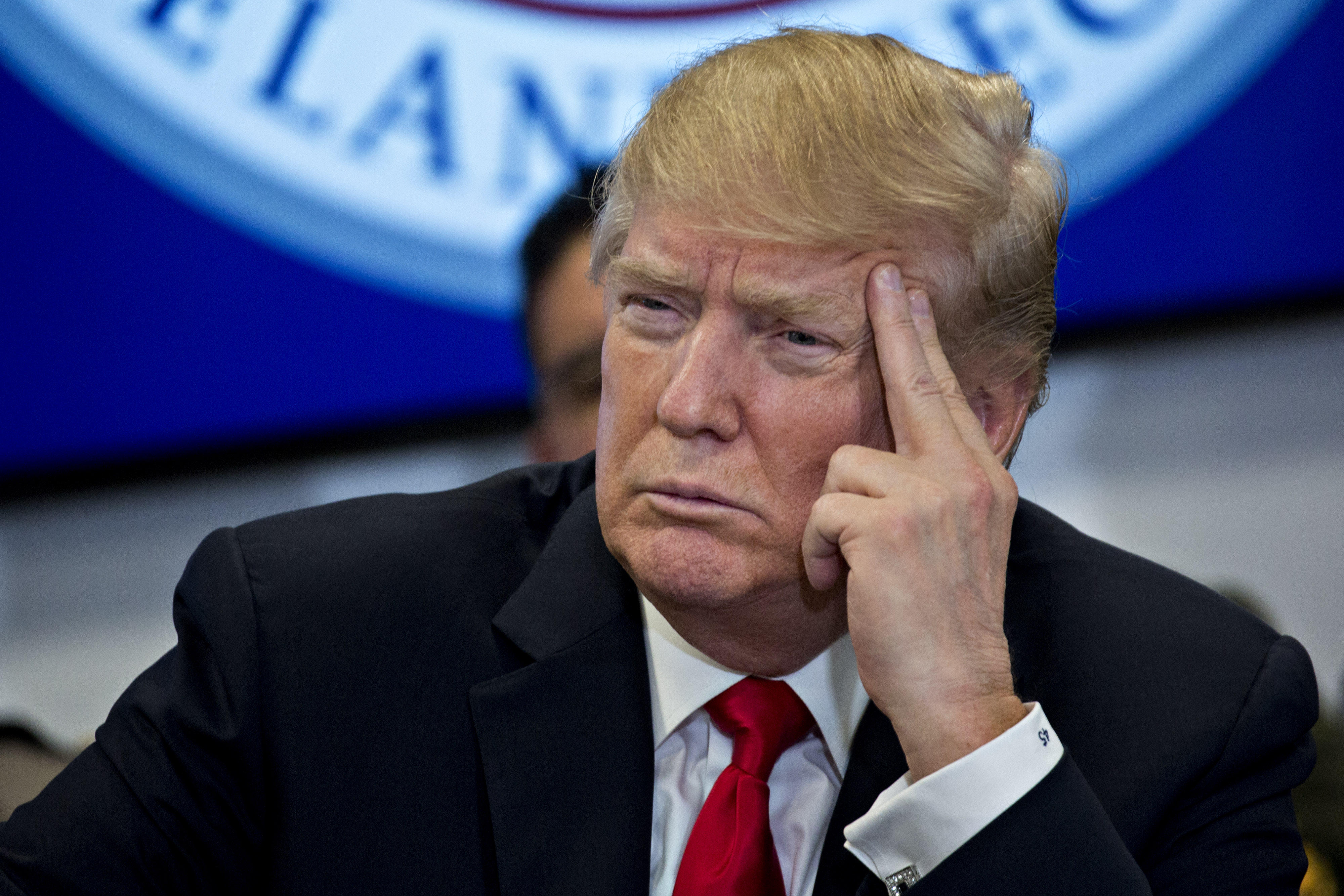 WASHINGTON — The Trump administration on Friday announced it will continue much of the Obama administration's nuclear weapons policy, but take a more aggressive stance toward Russia. It said Russia must be persuaded it would face "unacceptably dire costs" if it were to threaten even limited nuclear attack in Europe.

The sweeping review of U.S. nuclear policy does not call for any net increase in strategic nuclear weapons, a position that stands in contrast to President Donald Trump's statement, in a tweet shortly before he took office, that the U.S. "must greatly strengthen and expand its nuclear capability until such time as the world comes to its senses regarding nukes." In his State of the Union address Tuesday, he made no mention of expansion, though he said the arsenal must deter acts of aggression.

A 74-page report summarizing the review's findings calls North Korea a "clear and grave threat" to the U.S. and its allies. It asserts that any North Korean nuclear attack against the U.S. or its allies will result in "the end of that regime."

It also cast China as a potential nuclear adversary, saying the U.S. arsenal is tailored to "prevent Beijing from mistakenly concluding" that it could gain advantage by using its nuclear weapons in Asia, or that "any use of nuclear weapons, however limited, is acceptable."

The Pentagon-led review of the U.S. nuclear arsenal and the policies that govern it was ordered by President Trump a year ago. In a written statement, Mr. Trump said U.S. strategy is designed to make use of nuclear weapons less likely. In an apparent reference to the threat of catastrophic cyberattack, he said the U.S. aims to strengthen deterrence of major attacks against the U.S. and its allies, including those that "may not come in the form of nuclear weapons."

Known officially as a nuclear posture review, and customarily done at the outset of a new administration, the report drew blistering criticism from arms control groups.

"President Trump is embarking on a reckless path — one that will reduce U.S. security both now and in the longer term," said Lisbeth Gronlund, a senior scientist at the Union of Concerned Scientists. She said the administration is blurring the line between nuclear and conventional war-fighting.

The Trump administration concluded that the U.S. should largely follow its predecessor's blueprint for modernizing the nuclear arsenal, including new bomber aircraft, submarines and land-based missiles. It also endorsed adhering to existing arms control agreements, including the New START treaty that limits the United States and Russia each to 1,550 strategic nuclear warheads on a maximum of 700 deployed launchers.

The treaty, negotiated under President Barack Obama, entered into force on Feb. 5, 2011, and its weapons limits must be met by Monday. The U.S. says it has been in compliance with the limits since August and it expects the Russians to comply by Monday's deadline. As of Sept. 1, the last date for which official figures are available, Russia was below the launcher limit but slightly above the warhead limit, at 1,561.

"Moscow has repeatedly stated its intention to meet those limits on time, and we have no reason to believe that that won't be the case," State Department spokeswoman Heather Nauert said Thursday.

The Pentagon's nuclear review concluded that while arms control can advance American interests, "further progress is difficult to envision," in light of what the U.S. considers Russia's aggression in Ukraine and violations of existing arms deals. Administration officials briefed Russian and Chinese officials Friday prior to the review's public release.

The Trump nuclear doctrine breaks with Obama's in ending his push to reduce the role of nuclear weapons in U.S. defense policy. Like Obama, the president would consider using nuclear weapons only in "extreme circumstances," while maintaining a degree of ambiguity about what that means. But Mr. Trump sees a fuller deterrent role for these weapons, as reflected in the plan to develop new capabilities to counter Russia in Europe.

The administration's view is that Russian policies and actions are fraught with potential for miscalculation leading to an uncontrolled escalation of conflict in Europe. It specifically points to a Russian doctrine known as "escalate to de-escalate," in which Moscow would use or threaten to use smaller-yield nuclear weapons in a limited, conventional conflict in Europe in the belief that doing so would compel the U.S. and NATO to back down.

"Recent Russian statements on this evolving nuclear weapons doctrine appear to lower the threshold for Moscow's first-use of nuclear weapons," the review said.

The administration proposes a two-step solution.

First, it would modify "a small number" of existing long-range ballistic missiles carried by Trident strategic submarines to fit them with smaller-yield nuclear warheads. John Rood, the undersecretary of defense for policy, declined to provide an estimate of the cost, saying it would be partially included in the 2019 budget that will be submitted to Congress later this month. He said the missile would be fielded "in the near term," but he refused to be more specific.

Second, "in the longer term," the administration would develop a nuclear-armed sea-launched cruise missile — re-establishing a weapon that existed during the Cold War but was retired in 2011 by the Obama administration.

Robert Soofer, a senior nuclear policy official at the Pentagon who helped direct the policy review, said Moscow is likely to push back on the U.S. plan for fielding those two additional weapons.

The press secretary at the Russian Embassy in Washington, Nikolay Lakhonin, did not immediately respond to a request for comment.