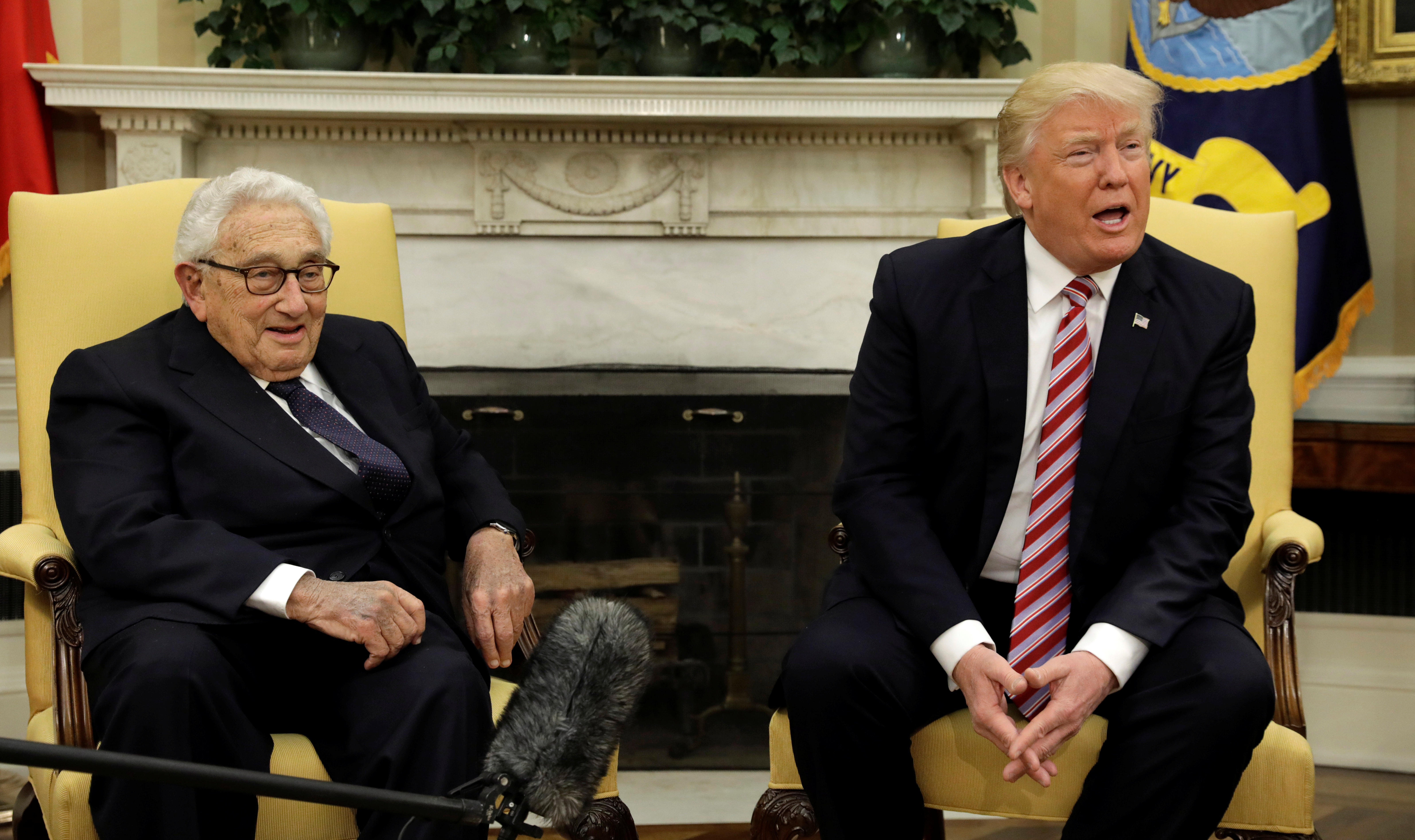 Kissinger, who worked under former presidents Richard Nixon and Gerald Ford, has advised Mr. Trump on foreign policy matters since the campaign. His meeting with the president comes as Mr. Trump's relationship with Secretary of State Rex Tillerson is in an awkward position. Mr. Tillerson was forced to hold a press conference last week after he reportedly called the president a "moron," and the president said if the "moron" comment is true, he and Tillerson will "have to compare IQ tests." With Kissinger seated next to him, Mr. Trump told reporters Tuesday his comments did not undercut his top diplomat.

"No, I didn't undercut anybody," said Mr. Trump, scheduled to have lunch with Tillerson Tuesday. "I don't believe in undercutting people."

"We were on the wrong path before, all you have to do is take a look," Mr. Trump said. "If you look over the last 25 years, through numerous administrations, we were on the path to a very big problem. A problem like this world has never seen. We are on the right path right now. Believe me."

"Henry Kissinger has been a friend of mine," the president said. "I've liked him. I've respected him. But we've been friends for a long time, long before my emergence into the world of politics, which has not been too long."

The meeting with Kissinger comes after the president has offered explosive foreign policy-related comments that has Washington waiting with baited breath. Last week, Mr. Trump alluded to a "calm before the storm" after a meeting with military leaders, although the White House wouldn't offer much clarity on what he meant by that.

Over the weekend, Mr. Trump said 25 years of diplomacy with the North Korean regime has failed, and "only one thing will work," fueling speculation over military action. The president's Cabinet has emphasized that diplomacy is still the administration's first choice.

Mr. Trump is also leaning towards decertifying the Iran deal, CBS News has reported, after he spent much of his campaign criticizing the Obama-era deal restricting Iran's nuclear arsenal. Last month, Mr. Trump said he had "decided" what to do about the 2015 deal, although Tillerson at the time said he was unaware of that decision. The deadline for re-certifying the deal is Oct. 15, but Mr. Trump's announcement is likely to come either Oct. 12 or Oct. 13.