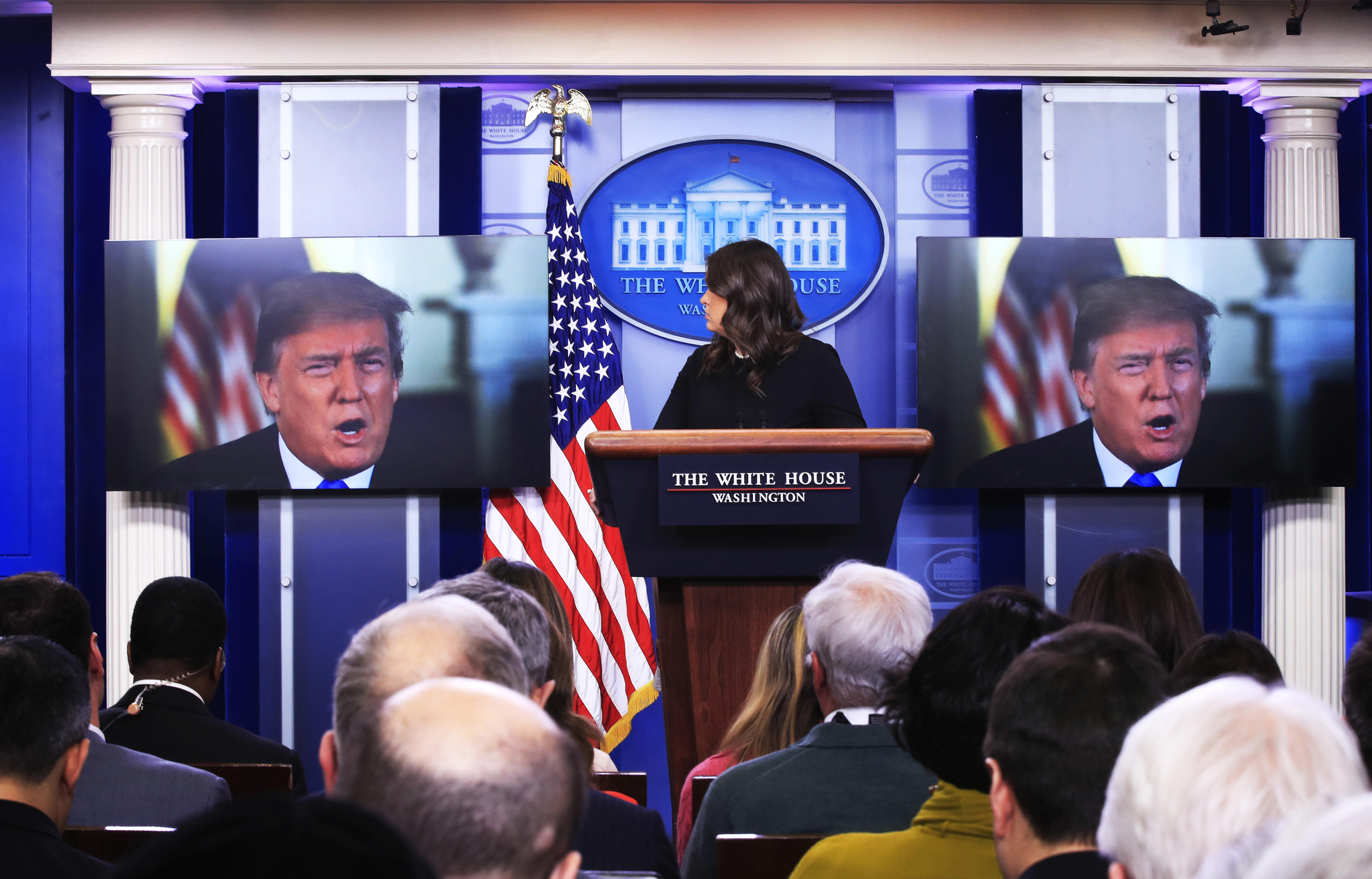 President Trump made his first appearance in the White House briefing room during Thursday's conference. However, he only appeared on-screen.

"The historic tax cut I signed into law just two weeks ago before Christmas is already delivering major economic gain," Mr. Trump said in the scripted video. "Hundreds of thousands of Americans are seeing larger paychecks, bigger bonuses and higher pension contribution, and it's all because of the tax cuts and the tax reform."

Delivering a digital message meant the president did not take questions from reporters, who would have liked to ask him about the scathing new book by Michael Wolff,  "Fire and Fury: Inside Trump's White House," to be published Friday.

The book contains several unsparing assertions about the Trump presidency and administration -- about the opinion Donald Trump held of his own presidential campaign, the sense in his own social circles of "his wide-ranging ignorance," and the broad dysfunction and infighting in the White House. Bannon, who cooperated with the book, is also quoted saying that Donald Trump Jr.'s June 2016 campaign meeting with a Russian lawyer at Trump Tower was "treasonous" and "unpatriotic."

Wednesday, Mr. Trump pushed back against Bannon in a statement saying that when he was fired from his position in the administration, "he not only lost his job, he lost his mind."

In Thursday's briefing, Sanders dismissed the work as "a book full of lies" and called it "tabloid gossip."

"I don't really think [Americans] care about some trash that an author that no one had ever heard of until today, or a fired employee, wants to peddle," she said.