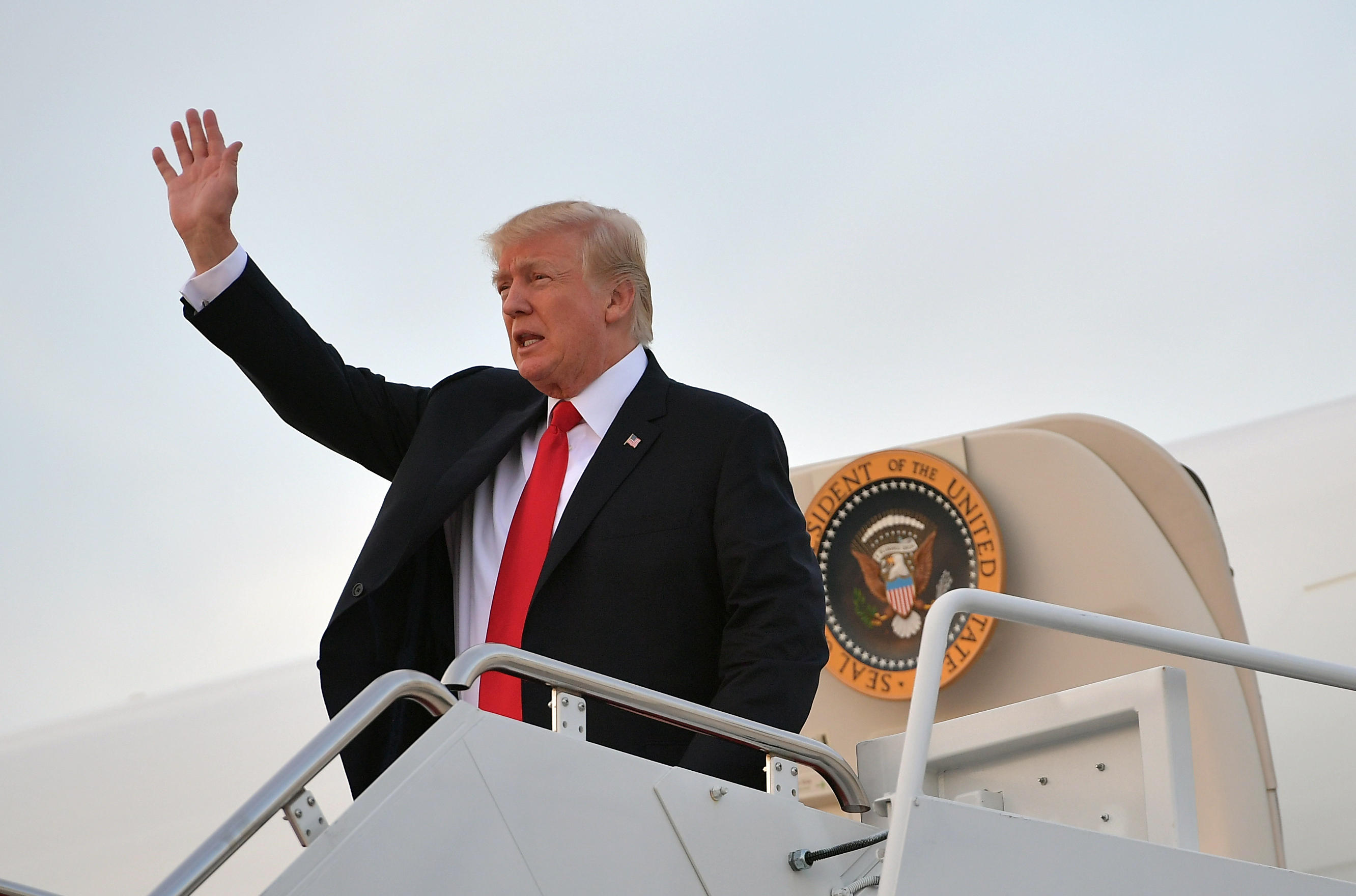 President Donald Trump is headed back to Europe hoping to receive a friendly welcome in Poland despite lingering skepticism across the continent over his commitment to NATO, his past praise of Russian President Vladimir Putin and his decision to pull the U.S. out of a major climate agreement.

Mr. Trump arrives in Warsaw, Poland, on Wednesday for a brief visit that will include a speech in Krasinski Square, near the site of the 1944 Warsaw Uprising against the Nazis. He'll also meet with the leaders of Poland and Croatia and hold a joint press conference with Polish President Andrzej Duda.

Mr. Trump tweeted he was preparing to leave for Poland Wednesday morning, but shifted tone in a follow up tweet, saying that "the U.S. has made some of the worst trade deals in world history," adding "Why should we continue these deals with countries that do not help us?"

Trade, among other topics like climate change, North Korea and Russian interference will be up for discussion as he arrives in Hamburg later this week.

Before moving on to an international summit in Germany, the president will also hold meetings with the leaders of a dozen countries located between the Baltic, Adriatic and Black seas at a summit of the Three Seas Initiative, which aims to expand and modernize energy and trade. One of the initiative's goals is to make the region less dependent on Russian energy.

"Even if he doesn't mention Putin or Russia outright, just stepping foot in Poland sends a powerful statement," said Jim Carafano, a foreign policy analyst at the Heritage Foundation, a conservative think tank. "Europe is working for energy independence — looking for free market solutions — and Poland is in the middle of that energy corridor, so it makes so much sense that the president would go there and talk about energy policy."

At the same time, Mr. Trump will have to balance his visit to Europe with escalating tensions with North Korea, after the U.S. concluded Tuesday that North Korea had test-launched its first intercontinental ballistic missile. The U.S., South Korea and Japan responded to the provocation by requesting an emergency session of the U.N. Security Council, scheduled Wednesday afternoon.

Mr. Trump returns to Europe after a shaky first trip to the continent in May and signs of unhappiness around the globe with the start of his presidency.

A recent Pew Research Center survey of attitudes toward Mr. Trump in more than three dozen countries found fewer than 3 in 10 respondents expressing confidence in his ability to do the right thing on international affairs.

Most of those surveyed disapproved of Mr. Trump's major policies, including temporarily halting travel from six mostly Muslim countries. Among the 37 countries Pew surveyed, Mr. Trump scored higher marks than his predecessor, President Barack Obama, in only two: Russia and Israel.

Mr. Trump's first trip to Europe as president in May saw a series of awkward encounters, including a tough speech to the leaders of NATO countries urging them to spend more on their armed forces, an uncomfortable handshake with France's new president, and a caught-on-camera moment when Mr. Trump pushed past the prime minister of Montenegro, Europe's newest country, while squeezing his way to the front of a crowd.

But Poland may offer Mr. Trump a chance to shine.

According to Polish media reports, Poland's government promised the White House a reception of cheering crowds as part of its invitation. To make good on that pledge, ruling party lawmakers and pro-government activists plan to bus in groups from the provinces to hear Mr. Trump's speech.

The White House didn't respond to a request for comment on those reports.

With Mr. Trump's sights already set on the 2020 election, his visit to Poland could also be seen as a power play for battleground states like Michigan, Wisconsin and Pennsylvania, which are home to hundreds of thousands of Polish-American voters.

Mr. Trump may also seek to use Poland as an exemplar of partnership. A U.S. ally in Iraq and Afghanistan, Poland is one of the five NATO members that spends at least 2 percent of their gross domestic product on the military. That's something that Trump — and U.S. leaders before him — have demanded of NATO allies. Trump has scolded other NATO members for falling short on their commitments.

Poland is also host to about 1,000 U.S. troops, and is supporting U.S. and NATO forces in Iraq and Afghanistan. It's also a regular customer for U.S. military equipment.

Before Mr. Trump's arrival, Poland's government emphasized that Russia's aggression in Ukraine poses a threat to the whole of Europe, something that will inevitably be raised in discussions with Trump as Europeans seek to gauge the president's willingness to confront Putin before their first face-to-face meeting later this week.

"Poland is, in some ways, a poster child for some of the issues that the Trump administration has been stressing," said Jeffrey Rathke, deputy director of the Europe Program at the Center for Strategic and International Studies. "They're betting that this relationship with the United States on defense will balance their concerns about the possible directions of U.S.-Russia policy."

Poland also hopes Mr. Trump's visit will reinforce its position with European partners as it faces allegations of backsliding on democracy. The right-wing government is also one of only three European Union countries — along with Hungary and Austria — refusing to accept any relocated refugees, in legal violation of EU quotas.

Mr. Trump, too, has been working to curb refugee admissions to the U.S. as part of his travel ban.