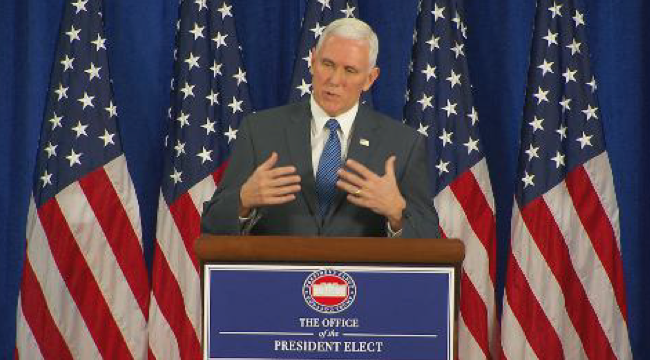 Fifty officials who hold critical positions in the Obama administration have been asked by President-elect Donald Trump to continue in their roles until their successors are chosen, Vice President-elect Mike Pence said Thursday.

Pence announced Mr. Trump’s decision, which he said is intended to “ensure the continuity of government,” during a press conference at the Presidential Transition Office in Washington, D.C., a day before the inauguration.

Some of the officials who have been asked to stick around are Robert Work, the deputy secretary of defense; Chuck Rosenberg, the acting administrator of the Drug Enforcement Administration; Nick Rasmussen, the National Counterterrorism Center Director; Thomas Shannon, under secretary of state for political affairs; Susan Coppedge; ambassador-at-large to monitor and combat trafficking in persons; Brett McGurk, special presidential envoy for the Global Coalition to Fight the Islamic State in Iraq and the Levant (ISIL); and Adam Szubin, acting under secretary for terrorism and financial intelligence at the Treasury Department.

Pence, the chairman of the transition team, said that all 21 Cabinet nominees have been named, with the latest being Sonny Perdue for agriculture secretary. He said that the transition team had received more than 86,000 resumes and interviewed 170 people before the November election and 200 people since then. He said that the team is wrapping up its work “under budget” and will return 20 percent of taxpayer funding to the treasury.

Sean Spicer, the incoming White House press secretary, then took over the press conference -- he did not confirm that Mr. Trump will be visiting the CIA on Saturday, which has been reported by CBS News.

On reports that the Trump administration is considering moving the White House press corps to a bigger space outside of the White House for briefings, Spicer said that there has been “unprecedented interest in covering this president.” He said the first couple of briefings will be hold in the White House’s Brady Briefing Room, but they are looking at larger spaces that are more accommodating.

Spicer slammed Senate Democrats for what he called “delay tactics” in the process to confirm Trump’s Cabinet nominees, arguing that they’re “slowing down the continuity of government.”

Spicer suggested that Mr. Trump will soon issue executive orders on NAFTA and the Trans-Pacific Partnership and did not answer a question about whether there would be an immigration executive order coming soon.

Asked if Mr. Trump has decided to move the U.S. embassy in Israel from Tel Aviv to Jerusalem, Spicer said, “Stay tuned. There will be a further announcement on that.”