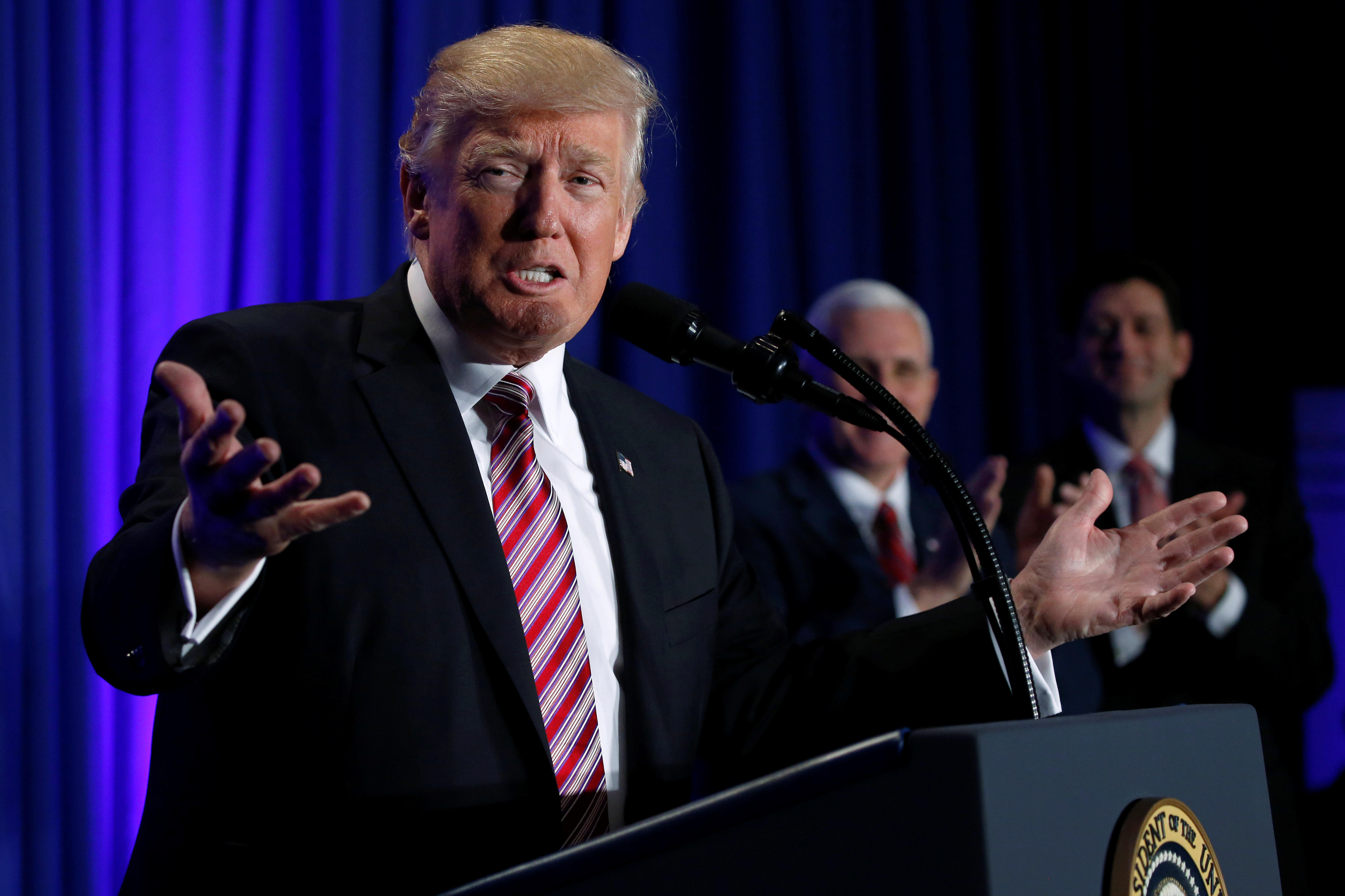 President Trump will campaign for the Republican Party’s new health care bill on Monday in Kentucky -- a state that voted for Trump by a wide margin but also stands to incur potentially catastrophic losses under his new plan.

Over one million Kentuckians are covered by Medicaid, and are now at risk of losing their coverage and benefits under the American Health Care Act, according to the Kentucky Center for Economic Policy.

As the Trump administration puts its muscle behind the controversial AHCA, the President will rally in Louisville to lobby for the linchpin of his precarious agenda. This will be Trump’s third rally since entering office.

But Kentucky had the second sharpest drop of any state, behind Arkansas, in the uninsured rate as a result of Medicaid expansion under the 2010 Affordable Care Act -- what Trump’s new bill will effectively eliminate by 2020.

The new bill phases out Medicaid expansion and scraps the provision that Medicaid cover “essential benefits” under certain plans, leaving many low-income Americans without access to addiction and mental health treatment.

The 50-year-old program will undergo a fundamental restructuring, transitioning to a “per capita cap” system that limits federal funding in order to cut spending. There is no pre-set limit under current law that guarantees that federal spending matches state spending for each eligible beneficiary. The Congressional Budget Office predicts that by 2026, these changes will reduce Medicaid’s federal funding by $880 billion.

Trump’s lobbying may fall on deaf ears in Louisville, a city in the throes of the opioid crisis that would be impacted by the new bill; over a four- day period in February, the Louisville Metro EMS responded to 151 overdose calls.

According to the Foundation for a Healthy Kentucky, a non-profit that invests in health policy and research across the state, substance use treatment services under the Medicaid expansion increased 740 percent from 2014 to 2016. And data released by IMS Health shows that 44 percent of the treatment medication used in opioid rehabilitation is covered by Medicaid. Kentucky has one of the highest shares of buprenorphine prescriptions, a narcotic pain reliever that helps people wean off of opioid use, covered by Medicaid.

Trump’s controversial budget blueprint presented this week claimed to increase funding to alleviate the opioid epidemic by $500 million. It’s unclear if this funding is actually a part of the 21st Century Cures Act, first reported by Vox, a bill passed at the end of 2016 under the Obama administration.

His administration has been characteristically vague about executing Trump’s campaign promise to end the epidemic. At a briefing in February, when a local reporter asked how the Trump administration would combat the heroin epidemic, Spicer offered that Trump’s border policies would “go a long way” to stop the flow of heroin into the country.

Last week in Nashville, Trump’s delivered his usual riff on drugs in a another state wracked by the opioid epidemic.

“The drugs are pouring into our country, folks,” Trump told a raucous crowd at a rally. “Following my executive action -- and don’t forget, we’ve only been here for like -- what? -- 50 days -- we’ve already experienced an unprecedented 40-percent reduction in illegal immigration on our Southern border; 61 percent since Inauguration Day -- 61 percent.”

Trump’s Nashville rally was an 11-minute drive from Buffalo Valley Detox Center, one of Nashville’s opiate and alcohol detoxification facilities that admitted 3,672 patients suffering from substance abuse disorder last year, a number that has skyrocketed amid the opiate crisis. Not dissimilar from Kentucky, Tennessee filled more opioid prescriptions than there are people in 2016.

More than half of those patients who have received treatment from the Buffalo Valley Clinic are covered by TennCare -- Tennessee’s Medicaid program. 40,000 people suffering from substance abuse disorder in Tennessee gained healthcare coverage under the ACA, according to a Harvard Study.

Tennessee’s Republican Governor Bill Haslam has not been able to pass legislation expanding Medicaid under the ACA despite his efforts. During an interview with NPR last week, Haslam hesitantly said he was encouraged by the increasing “flexibility” given to the states with per capita caps, despite the amount of people at risk of losing coverage.

As the President lobbied for the AHCA mere miles away, Debbie Hillin, the Vice President of Buffalo Valley, challenged Trump and the GOP to use their time more wisely.

“They need to spend a little more time with those of us down in the trenches to talk to them about what this is going to mean,” Hillin said. “And if I had a wish, that would be one of them: let us show you why these cuts would be devastating.”