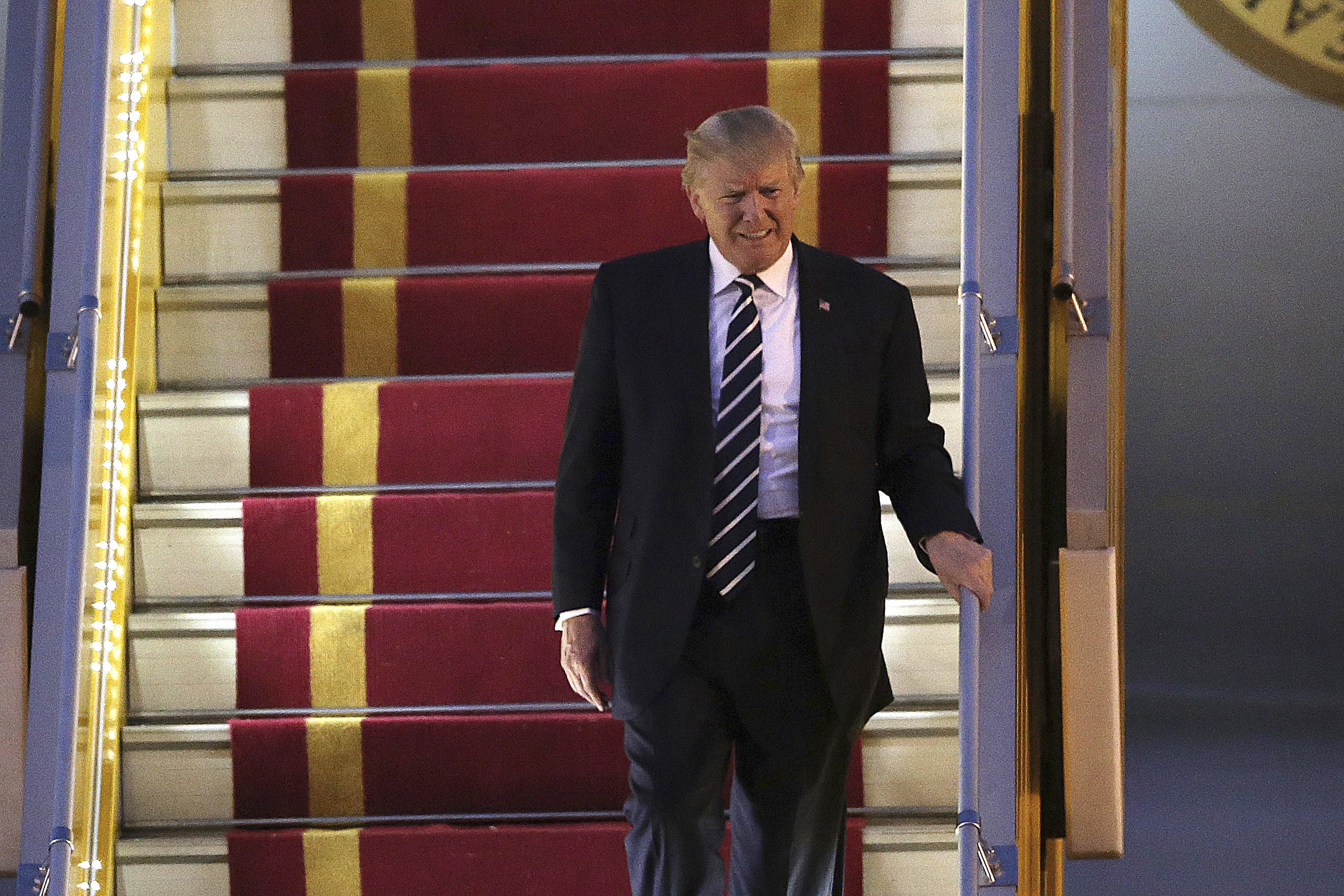 HANOI, Vietnam -- President Trump on Saturday deflected questions about whether Alabama Republican Senate candidate Roy Moore should drop out of the race because of sexual misconduct allegations against him.

Mr. Trump, who has been traveling in Asia, said he's been too busy reading documents and hasn't had time to catch up on television news coverage about Moore. "So I have not seen very much about him, about it," Mr. Trump told reporters traveling with him as Air Force One flew from Danang to Hanoi, in Vietnam.

Mr. Trump referred back to a written statement that White House press secretary Sarah Huckabee Sanders read to reporters after the Washington Post report that an Alabama woman said Moore had sexual contact with her when she was 14 and he was a 32-year-old assistant district attorney.

The White House statement said Mr. Trump believes Moore will "do the right thing and step aside" if the decades-old allegations are true.

Three other women also told the Post that Moore had sexual contact with them when they were teenagers.

Asked when he would decide whether Moore did what he has been accused of, given that four women have come forward, Mr. Trump said: "Honestly, I'd have to look at it and I have to see."

The allegations have sparked a wave of concern among GOP officials in Washington who are anxious about their slim majority in the Senate. But they have produced little more than a collective shrug from many Republicans in Alabama, which holds a special election on Dec. 12 to fill the seat formerly held by Attorney General Jeff Sessions.

Moore was not Mr. Trump's preferred candidate. The Republican president had endorsed and campaigned for Sen. Luther Strange in the GOP primary. After Moore defeated Strange, Mr. Trump pledged to campaign for Moore.

Republican senators, including Senate Majority Leader Mitch McConnell, R-Ky., have said Moore should step aside if the reports are true.

Mr. Trump suggested he would have more to say on the matter after he returns to the White House next week.

"I'll stick with my statement for now," he said. "But I'll have further comment as we go down the road. I have to get back into the country to see what's happening."