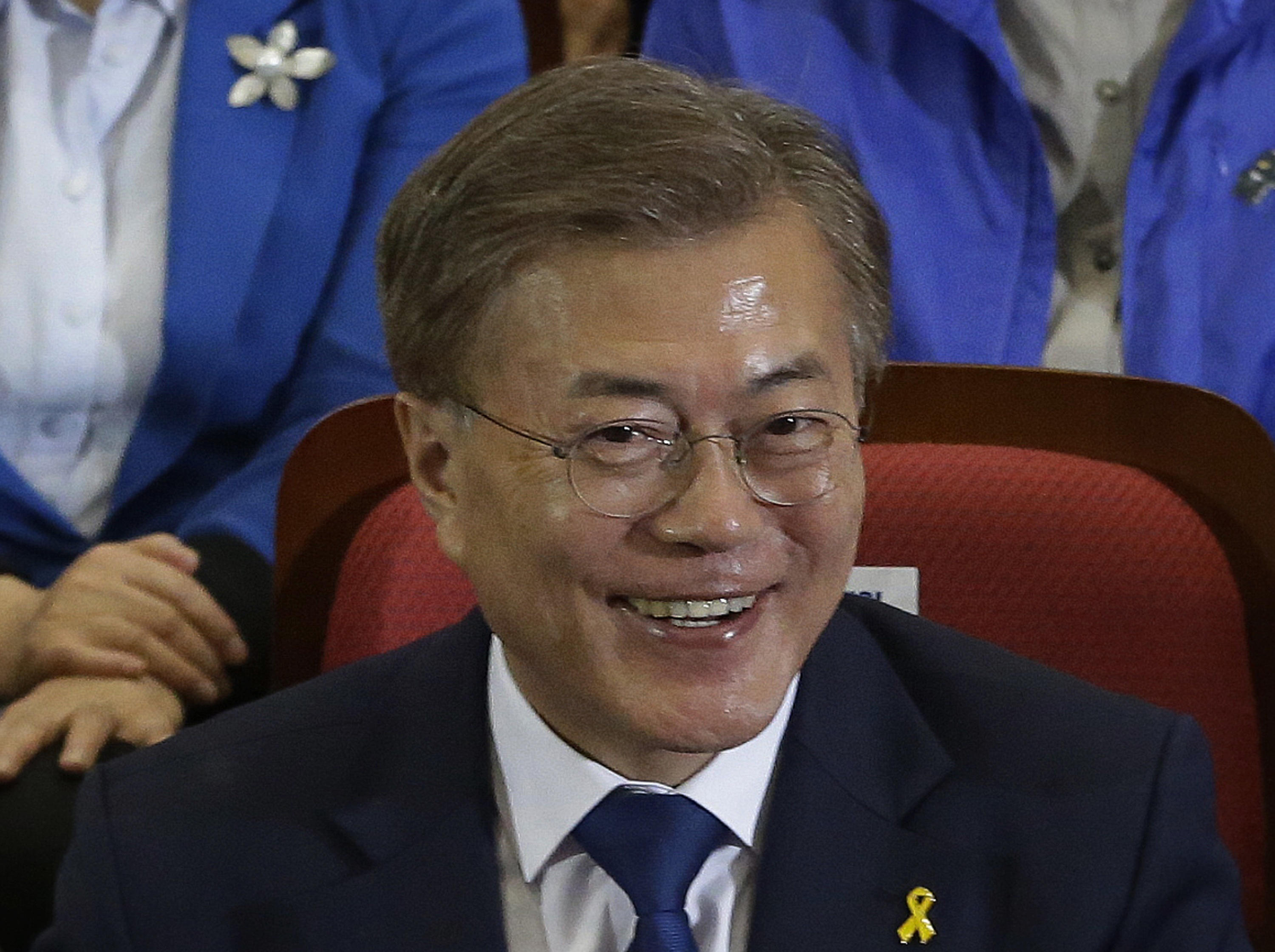 President Trump and South Korean President Moon Jae-in and their wives dined at the White House Thursday night as a part of the foreign leader's two-day visit to Washington, D.C.

Mr. Trump said he and Moon have been discussing some of the "complexities" of trade in North Korea and "other things," anticipating the discussion to possibly continue late into the evening. The number one goal of the South Korean president's visit is to address the North Korean nuclear threat, and Mr. Trump has told Moon to have his government look at a number of sanctions options, a senior administration official told reporters Wednesday.

The South Korean leader told "CBS This Morning" co-host Norah O'Donnell earlier this month in his first one-on-one interview since his election that people "must now have the perception that North Korea is an irrational regime," and, "we must achieve the goal of complete dismantlement of North Korea's nuclear program."

The White House is not holding a joint news conference with Moon, as it has done with many visiting heads of state.

Mr. Trump has been looking to foreign partnerships to help handle the issue of North Korean aggression. Last week, he tweeted that China and its president "tried" to work on North Korea, but "it has not worked out."

North Korea has attempted multiple missile tests in 2017, although some have failed.

Last month, the U.S. conducted a successful missile defense test, neutralizing a simulated intercontinental ballistic missile, the kind of long-range missile that has the capability of reaching the U.S. from North Korea. But last week, a joint missile defense test conducted by the U.S. and Japan failed to intercept a targeted rocket over the Pacific.