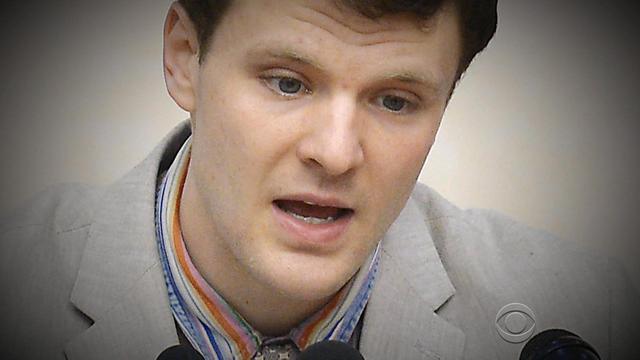 CINCINNATI -- A coroner's office in Ohio is investigating the death of a 22-year-old college student who died shortly after his return to the U.S. after nearly a year and a half in North Korean detention, a spokesman said Tuesday.

The spokesman for Hamilton County Coroner Dr. Lakshmi Sammaraco said the office "accepted the case" of Otto Warmbier, who died Monday in a Cincinnati hospital. Justin Weber told The Associated Press that a news conference is expected later to provide more information.

Wambier's parents did not cite a specific cause of death, but cited "awful, torturous mistreatment" by North Korea. Doctors had described Warmbier's condition as a state of "unresponsive wakefulness" and said he suffered a "severe neurological injury" of unknown cause.

He arrived in Ohio on June 13 after being held for more than 17 months.

South Korean President Moon Jae-in said in an interview with "CBS This Morning" that North Korea must bear "heavy responsibility" for Warmbier's death.

"We can make speculations that there were many unjust and cruel treatments to Mr. Warmbier," he said. "I strongly condemn such actions by North Korea. We cannot know for sure that North Korea killed Mr. Warmbier, but I believe it is quite clear that they have a heavy responsibility in the process that led to Mr. Warmbier's death."

Warmbier, a University of Virginia student, was accused of trying to steal a propaganda banner while visiting with a tour group and was convicted of subversion. He was put before North Korean officials and journalists for a televised "confession."

"I have made the worst mistake of my life!" he exclaimed, choking up as he begged to be allowed to reunite with his parents and two younger siblings.

He was sentenced in March 2016 to 15 years in prison with hard labor. His family said it was told he had been in a coma since soon after his sentencing.

Doctors said he suffered "severe injuries to all areas" of his brain while he was held in North Korea. They said he suffered extensive loss of brain tissue and "profound weakness and contraction" of his muscles, arms and legs. They described his condition as being in a state of "unresponsiveness wakefulness." His eyes opened and blinked but without any sign that he understood verbal commands or his surroundings.

Unresponsive wakefulness is a new medical term for persistent vegetative state. Patients in this condition can open their eyes but do not respond to commands.

North Korea said Warmbier went into a coma after contracting botulism and taking a sleeping pill. Doctors in Cincinnati said they found no active sign of botulism -- a toxin that causes nerve damage -- or evidence of beatings.

Brain scans taken by the North Koreans in April 2016 led physicians to believe that Warmbier suffered his injuries in the weeks before the scans were taken. Doctors said Warmbier's brain injuries were consistent with respiratory arrest, which was most likely caused by intoxication or traumatic injury.

In a White House statement, President Donald Trump said, "A lot of bad things happened, but at least we got him home to be with his parents." He called North Korea a "brutal regime."

Mr. Trump also referred to Warmbier's death as "a total disgrace." During an Oval Office meeting, he appeared to place some of the blame on the Obama administration.

Warmbier grew up in the Cincinnati suburb of Wyoming. He was salutatorian of his high school class and was on the soccer team.

Wyoming City Schools released a statement saying it was "deeply saddened" by his death.

"The countless contributions he made to his school and community through his leadership, actions, and limitless enthusiasm will be felt far into the future," the school district said.

Warmbier had planned to study in China in his third year of college and heard about Chinese travel companies offering trips to North Korea. He was leaving North Korea on Jan. 2, 2016, when he was detained at the airport.

The organizers of Warmbier's trip say they will no longer take U.S. citizens to the country. Young Pioneer Tours said Tuesday on Facebook that his death shows that the risk American tourists face in visiting North Korea "has become too high."

The U.S. Department of State warns against travel to North Korea. While nearly all Americans who have been there have left without incident, visitors can be seized and face lengthy incarceration for what might seem like minor infractions.

On Tuesday, U.S. Sen. John McCain said that Americans who are "stupid" enough to still want to visit North Korea should be required to sign a waiver absolving the U.S. government of any blame if they're harmed while there.