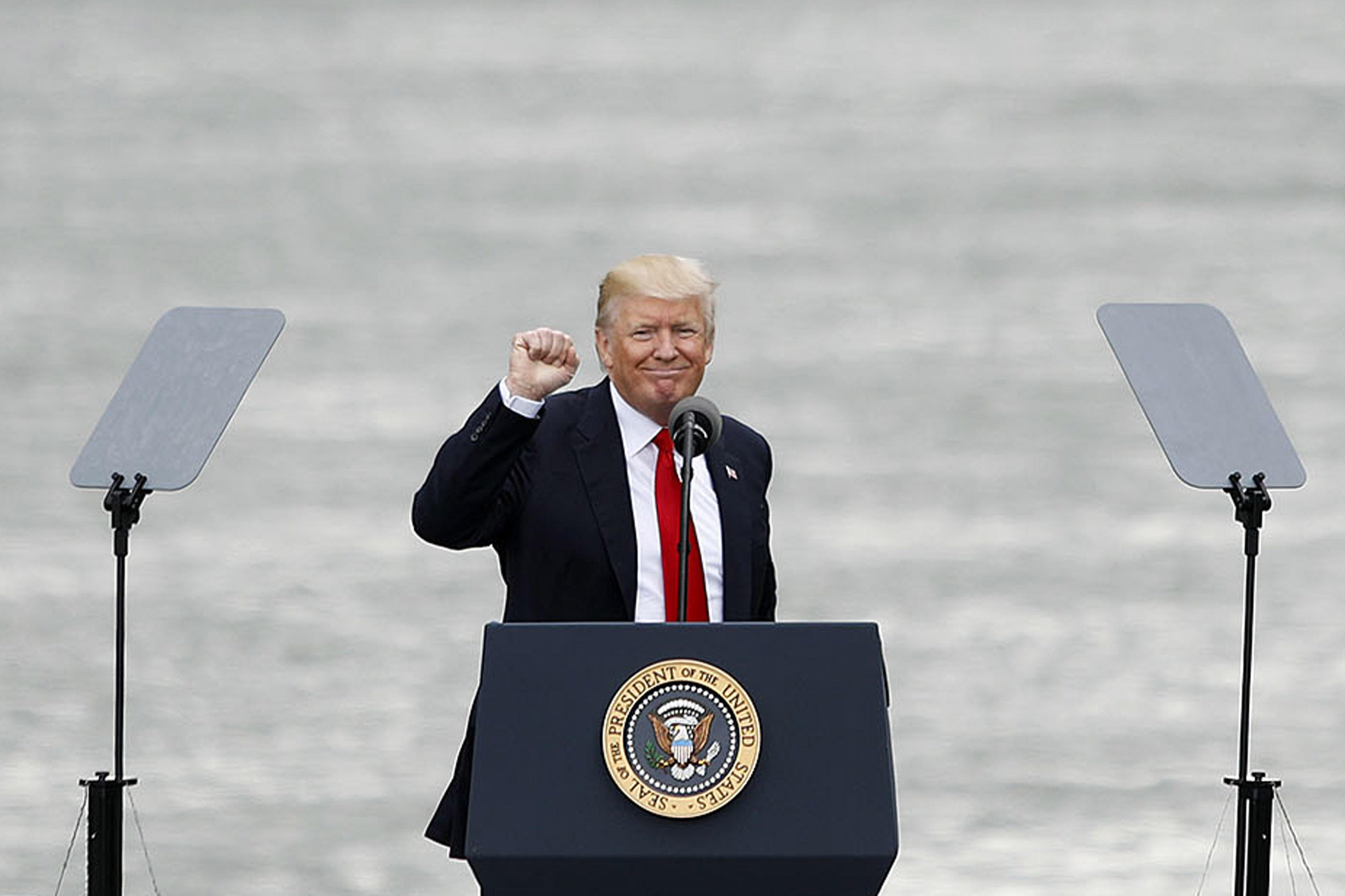 President Trump called on the nation to "heal" in a wide-ranging speech to an American Legion convention in Reno, Nevada, on Wednesday, hours after delivering divisive remarks at a campaign-style rally in Arizona.

"It is time to heal the wounds that have divided us, and to seek a new unity based on the common values that unite us," Mr. Trump said. "We are one people, with one home, and one flag."

The president's message of unity contrasted with his speech the night before in Arizona, where he insulted Republican Arizona Sen. Jeff Flake, derided the news media and defended his controversial comments about Charlottesville, Virginia. On Wednesday, the president recognized the American Legion for its support of the passage of a recent GI bill and signed a bill -- the Veterans Appeals Improvement and Modernization Act -- to speed up the appeals process for veterans' disability claims.

Mr. Trump's trip to Arizona and Nevada this week is the farthest West he has been since taking office in January.

"Today, we are here to honor you for the sacrifices you have made to defend our nation and preserve our way of life," the president said. "But we are also here for another reason. We are here to hold you up as an example of the strength, courage and resolve that our country will need to overcome the many challenges that we face. We are here to draw inspiration from you as we seek to renew the bonds of loyalty that bind us together as one people and one nation."

But the president touched on a wide range of topics unrelated to veterans, including bolstering infrastructure, cracking down on illegal immigration, and making an odd mention of audience member and former Secretary of Defense Robert Gates. Mr. Trump said Gates once said "bad things about me," but now Gates says good things, "so I like him." The president took the opportunity to talk about his administration's agenda going forward.

"We don't have to be content with a dilapidated road system," Mr. Trump said, mentioning his administration's plans to tackle infrastructure reform.

The president's infrastructure council disbanded before it was fully formed last week, as his administration struggles to accomplish key campaign promises like health care and tax reform.

Chief of Staff John Kelly watched the speech from behind a riser, his arms folded.