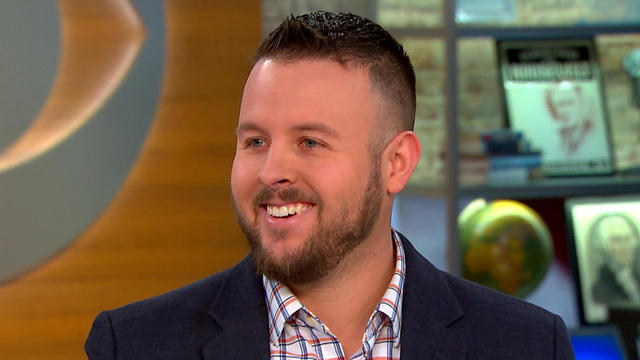 Donald Trump’s stunning victory in the presidential election -- which no poll seemed to predict -- wasn’t too surprising to some of the analysts on the president-elect’s data team. Matt Oczkowski, a product director for Cambridge Analytica, the London-based data analytics company helping to advise Trump’s campaign, spoke with “CBS This Morning” about the numbers that backed up the candidate’s shell-shocker of a win.

“Just looking at the data of what makes up a Trump supporter, a Trump donor, we saw a few traits that stood out that made them different -- a bit older, a bit more male, a bit more white than the traditional Republican. A bit more rural,” Oczkowski said Thursday. “It kind of goes back to the candidate and [that] he is a different style of Republican.”

Oczkowski, who admitted that even his team’s internal polling was “a bit off,” stressed the importance of rural voters especially in places like Florida, where the panhandle area of the battleground state played a key role in defeating Democratic nominee Hillary Clinton.

“We knew Florida would be really the linchpin on election night,” he said. “Rural voters were coming out at a clip even more than we thought.... We knew that there was a point where she physically couldn’t make up the score.”

Of the “significant” bump in Hispanic voters this year, Oczkowski said the real question was “where is that Hispanic vote going to break.”

“In fact, more Hispanic voters broke towards Mr. Trump in Florida than people expected, especially among older Hispanics,” he said.

On the theory of the “hidden Trump voter,” the data team head said they found a narrow one to three percent of voters who fell under the category and that “it did play into the effect on election night.”

Oczkowski also pointed to the final presidential debate as a turning point in the support for Trump.

“After the third debate, we really started to see a gradual climb for Mr. Trump towards Election Day,” he said. “I think his debate performance coupled with the FBI email investigation was really a big boon for the campaign.”

Weighing in on how so many polls were unable to predict the Election Day surge for Trump, Oczkowski said it wasn’t a matter of flawed data so much as how flawed interpretation.

“The trends that we saw late, a lot of people didn’t want to believe it,” he said.