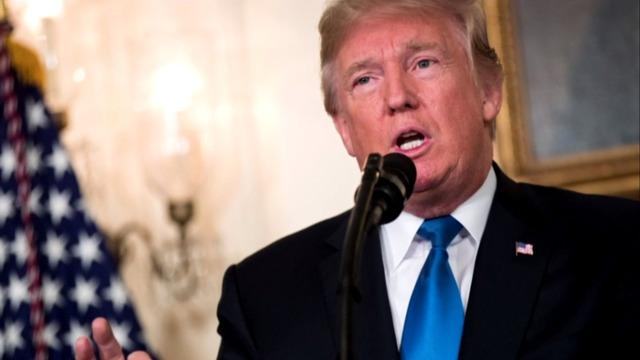 President Trump lashed out on Twitter Monday after it became public that three of his former campaign aides were indicted by a federal grand jury in the investigation into Russian interference in the 2016 election.

Mr. Trump tweeted that "this was years ago" before Paul Manafort, one of the three indicted, became chairman of his presidential campaign. He then tried to distract from the major news development by questioning why the media isn't focusing on Hillary Clinton and Democrats.

Documents that were unsealed Monday showed that a federal grand jury indicted Manafort and his former business associate, Rick Gates. They were charged with conspiracy to launder money, conspiracy against the U.S., unregistered agent of a foreign principal, false and misleading statements surrounding the Foreign Agents Registration Act , false statements and seven counts of failure to file reports of foreign bank and financial accounts.

Separately, George Papadopoulos, who served as a foreign policy adviser on Mr. Trump's campaign, has pleaded guilty to making false statements to the FBI as well. That statement had to do with the nature of his relationship with "certain foreign nationals whom he understood to have close connections with senior Russian government officials."

Russia says it won't start a war in Ukraine, but it won't "be ignored"
Rebecca Shabad