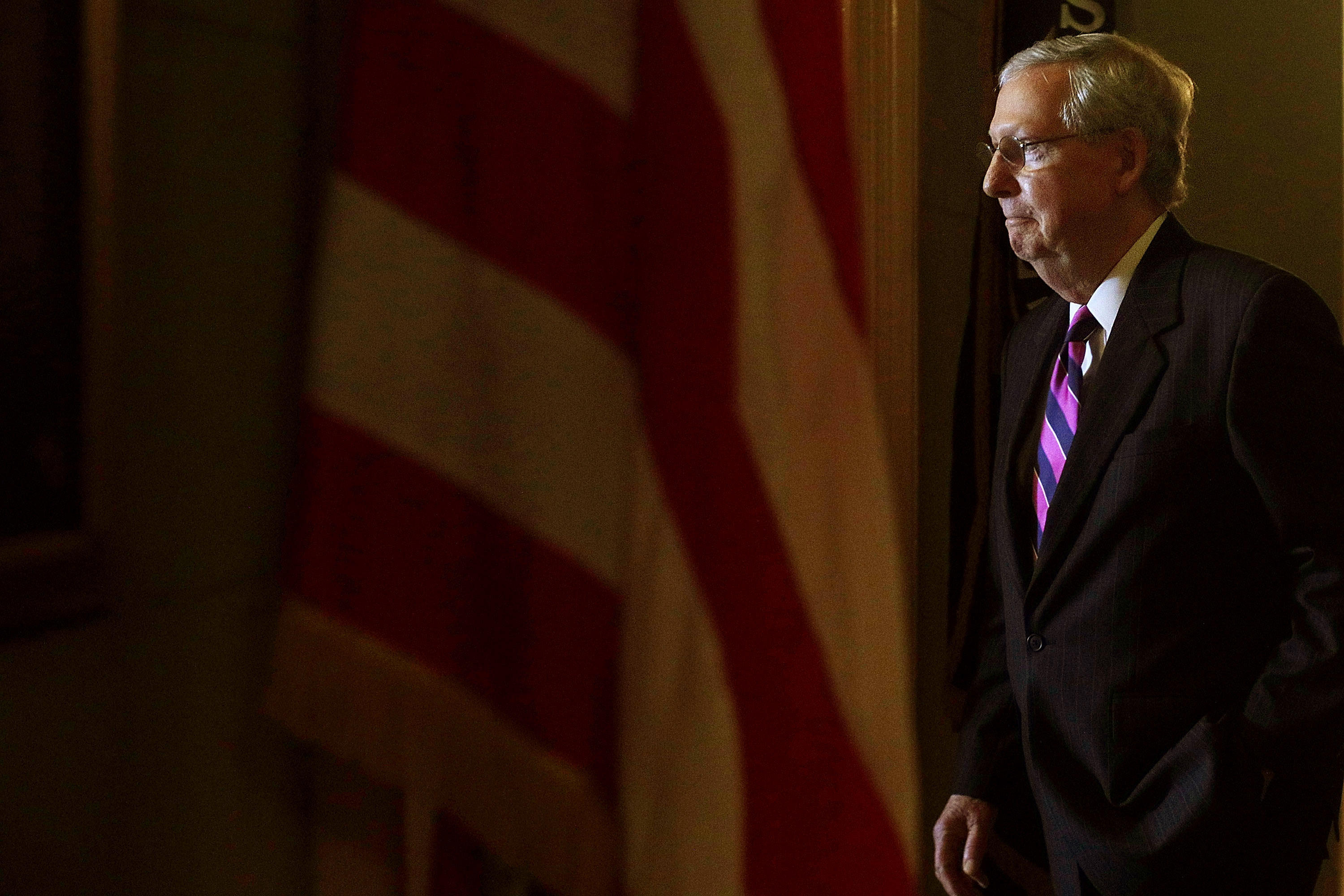 After reports that the relationship between Senate Majority Leader Mitch McConnell and President Trump is worsening, Mr. Trump began his morning with new criticism of his and Paul Ryan's approach to raising the nation's debt limit.

Mr. Trump called out McConnell as well as House Speaker Paul Ryan in a series of tweets Thursday morning, saying "I requested that Mitch M and Paul R tie the debt ceiling legislation into the popular [Veterans Affairs] bill (which just passed) for easy approval."

"They didn't do it so now we have a big deal with dems holding them up (as usual) on debt ceiling approval," the president wrote.  He added, "Could have been so easy, now a mess!"

The administration has been adamant that the president would support the "cleanest possible" debt increase, despite demands by conservative lawmakers to include sizable spending cuts with the lifting of the debt ceiling.

Office of Management and Budget Director Mick Mulvaney said at an August briefing that the Trump administration would not seek any spending cuts in a debate on increasing the debt ceiling.

Mulvaney said the debt limit increase may instead be tied to a continuing resolution (CR) at the end of September to keep the government open and prevent a shutdown.

At a Thursday town hall event held at Boing's Everett, Washington plant, Speaker Ryan said that he was confident in Republican's ability to raise the limit.

Shortly after the event, Ryan said during an appearance on CNBC's "Power Lunch" that while he didn't take Mr. Trump's tweets as a personal attack, he did say attaching debt ceiling legislation to the VA bill as the president had requested, wasn't an "available" option to Republicans at the time due to a looming deadline.

"That was an option we were looking at, but the deadline came up and we weren't able to do it," said Ryan.

He added, however, that lawmakers have "plenty of options in front of us" in order to pass a debt increase before hitting the limit, and that he and Mr. Trump are "totally on the same page" on legislative agenda and priorities.

Mr. Trump also slammed McConnell again in a third tweet, saying his efforts to deliver a repeal and replacement of the Affordable Care Act "failed", something the president said "should NEVER have happened."

McConnell seemed to acknowledge his and the Republican party's limitations in helping to deliver on Mr. Trump's campaign promises at a Thursday morning event in Kentucky.

"One of the opportunities I have as Majority Leader is, to set the schedule. Can't guarantee the outcome, but at least I get to decide what we're going to do," said McConnell.

He had recently suggested that the president's expectations were unrealistic in successfully passing health care reform in his first term in office.

But on Thursday, he waved off a reporter's questions about the president's series of tweets.

McConnell addressed the rumored tensions between himself and Mr. Trump in a statement on Wednesday, saying "[W]e are committed to advancing our shared agenda together and anyone who suggests otherwise is clearly not part of the conversation."