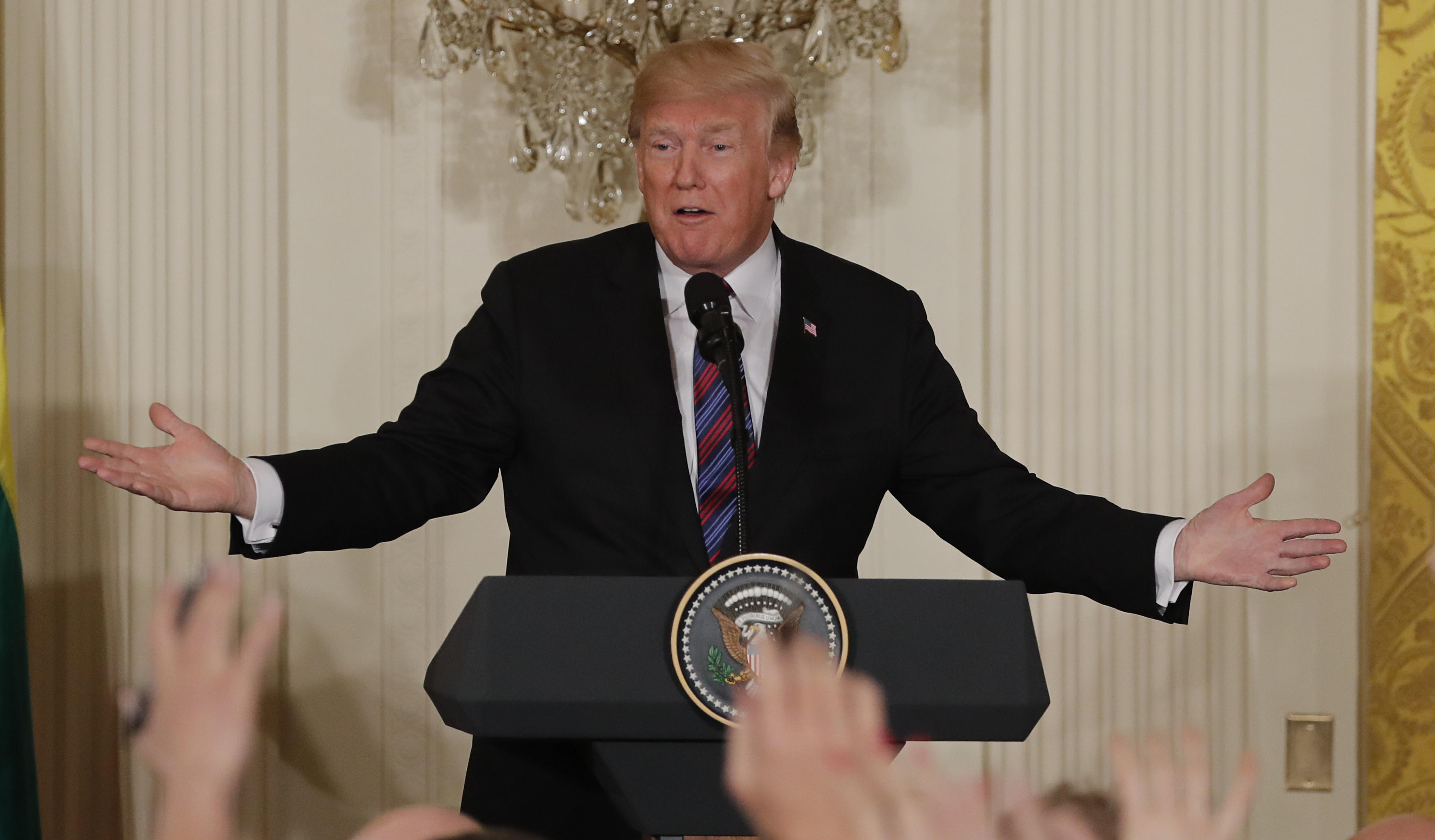 President Trump says he wants to use the military to secure the border with Mexico until the U.S. can build a wall there. He says he is studying border security options with Defense Secretary James Mattis. One option is to send National Guard troops to help the border patrol.

"There's nothing that I see right now happening on the U.S.-Mexico border that would constitute an insurrection," said retired Adm. James Winnefeld, who was vice chairman of the Joint Chiefs of Staff under President Obama. He warned against using the U.S. military.

"If the president tried to use military forces in an inappropriate way… he would be violating federal law," Winnefeld said.

Mr. Trump is stepping up his tough talk on illegal immigration after slow progress on his signature campaign promise for a border wall. The White House said he has directed a "vigorous" administrative strategy to confront the threat.

"Until we can have a wall and proper security, we're going to be guarding our border with the military," Mr. Trump said.

At a meeting with Baltic leaders Tuesday, Mr. Trump called for sending troops to the southern border to stop illegal immigration, but provided little details.

"I think that it's something we have to do," Mr. Trump said.

He seized on reports of a caravan of over a thousand migrants who have been dispersing in Oaxaca, Mexico. According to the Mexican government, the caravan has taken place every year at this time since 2010.

While presidents have in the past sent the National Guard to the border to assist Customs and Border Patrol, they did not act as law enforcement personnel.

In 2010, President Obama sent 1,200 National Guard members to help battle drug smuggling and illegal immigration, and in 2006 President Bush sent 6,000 Guard members to assist the border patrol. In both deployments, soldiers had no authority to detain immigrants because federal law prohibits using active duty troops to conduct law enforcement activities in the United States, unless authorized by Congress.

A National Guard spokesman said it has not received any notice for sending troops to the border. In a statement, the Mexican government said Mexico's immigration policy is a "sovereign issue implemented according to law."

The boarding facility for pot-bellied pigs is a full service facility. They manufacture feed, provide veterinary care and even offer pig massages