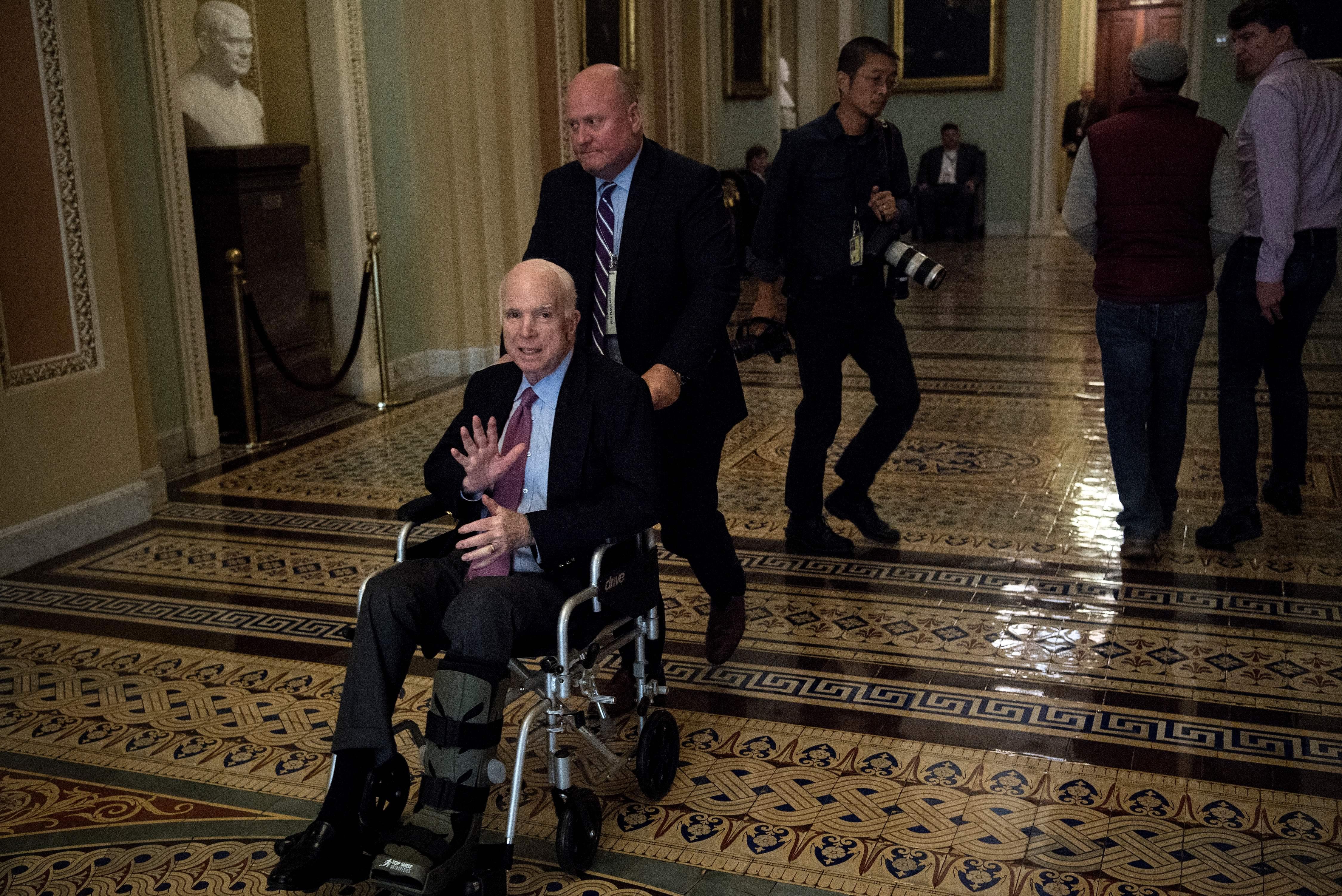 WASHINGTON -- President Donald Trump has called the wife of John McCain as the Arizona senator is hospitalized for cancer treatments. The White House said Mr. Trump called Cindy McCain on Friday to send his best wishes and check on her and her husband.

John McCain was admitted this week to Walter Reed Medical Center due to side effects from his cancer treatment.

The Republican was diagnosed earlier this year with glioblastoma, an aggressive form of brain cancer.

In an interview with Lesley Stahl for "60 Minutes" in September, McCain spoke about facing the tough diagnosis.

"They said that the prognosis is very, very serious. Some say 3 percent, some say 14 percent. You know, it's -- it's a very poor prognosis," he said. "So I just said, 'I understand. Now we're going to do what we can, get the best doctors we can find and do the best we can.' And at the same time celebrate with gratitude a life well lived."

McCain has frequently been a thorn in Mr. Trump's side and cast the deciding vote that scuttled Republican efforts to overturn the Affordable Care Act earlier this year.

McCain's office has said he should be able to return to the Senate soon to vote on the GOP tax cut package.